How can I create a “wireframe” texture for a sphere in SceneKit?

I've been struggling to figure this out. I would like to have a sphere in SceneKit that looks like this: 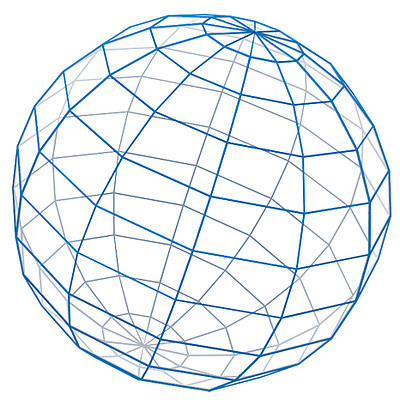 I think the easiest way would be to create a mostly transparent texture with the wireframe lines. I need some help figuring out how to create this texture.

I've been doing some trial and error with colored lines to try to figure this out, but it's a mess and I don't seem to be getting anywhere.

Eventually I want to procedurally generate the wireframe texture in a CALayer, but first I need to figure out where to draw the lines.

Quick solution didn't turn out quite as well as I'd like, but I'll post it up regardless as it may help someone out. To get something that better matches your figure I believe you'll need to build your own SCNGeometry with probably a box for each line. This can be done, and there's several examples on building your own geometry around, but it is a fair bit of code.

Anyway, I was hoping a quick shader modifier would get what you were after.

It uses the texture coordinates to calculate which fragments should be drawn, and which should be discarded. 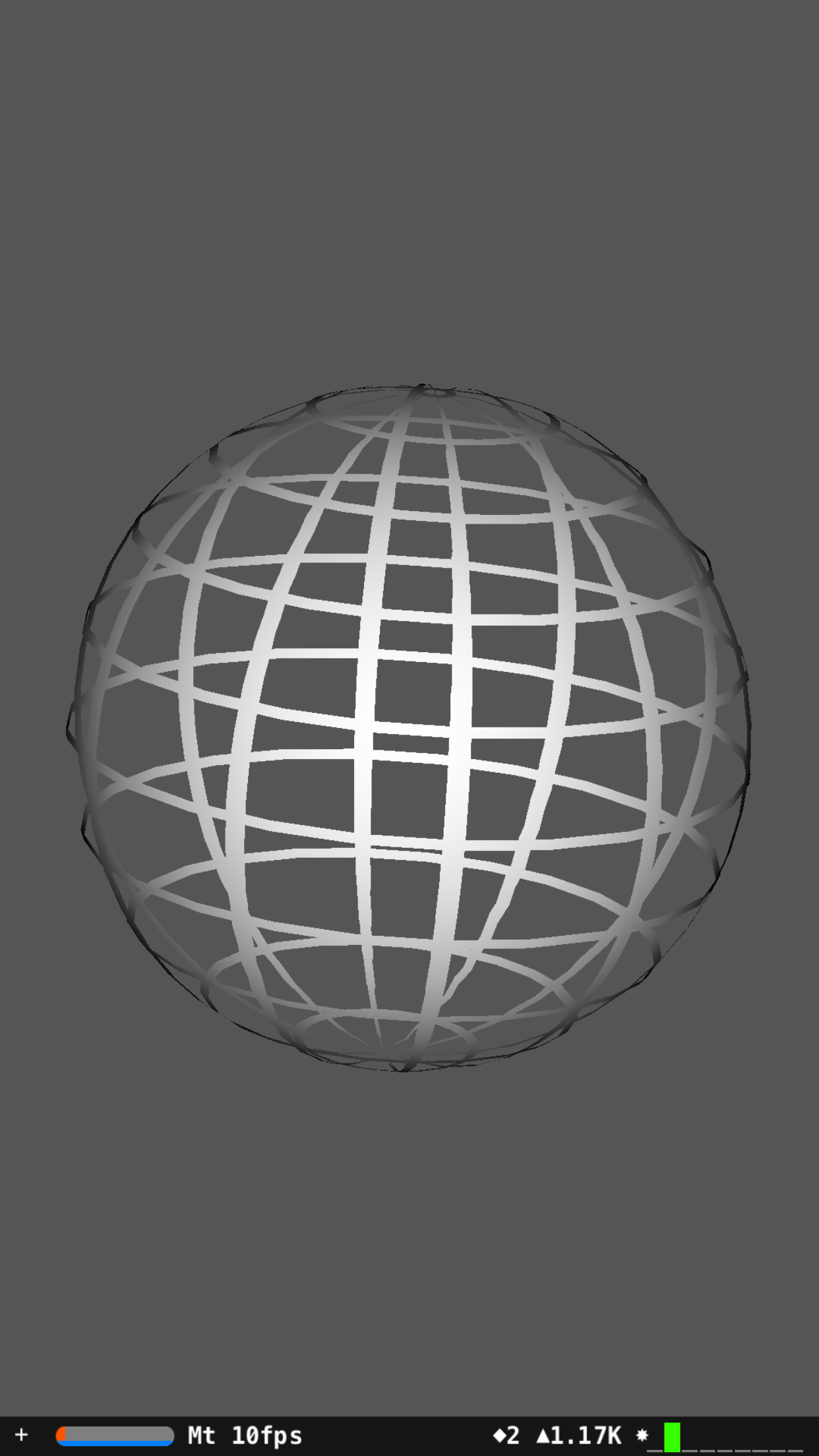 Not the answer you're looking for? Browse other questions tagged ios sphere swift scenekit or ask your own question.

4
Constructing a Planetoid Cube World?
5
Calculating adjacent quads on a quad sphere
2
OpenGL texture on sphere
5
How do I pixelate a scene with SceneKit and Metal, in Swift?
2
Process for converting unity asset to scenekit scene/resource
0
Bullet direction incorrect around sphere
0
Assigning relative force to a projectile fired while orbiting a sphere
1
SceneKit - Creating a sense of scale
0
How to form a sphere from Voxels
0
How to properly scale SCNNode so SCNPhysicsShape would be scaled for model too? It stays in old size