How can I prevent pinching and jagged edges when deforming joints in 3ds Max?

I've rigged and skinned a character, but no matter how or how much I blend the weights, it doesn't look good: 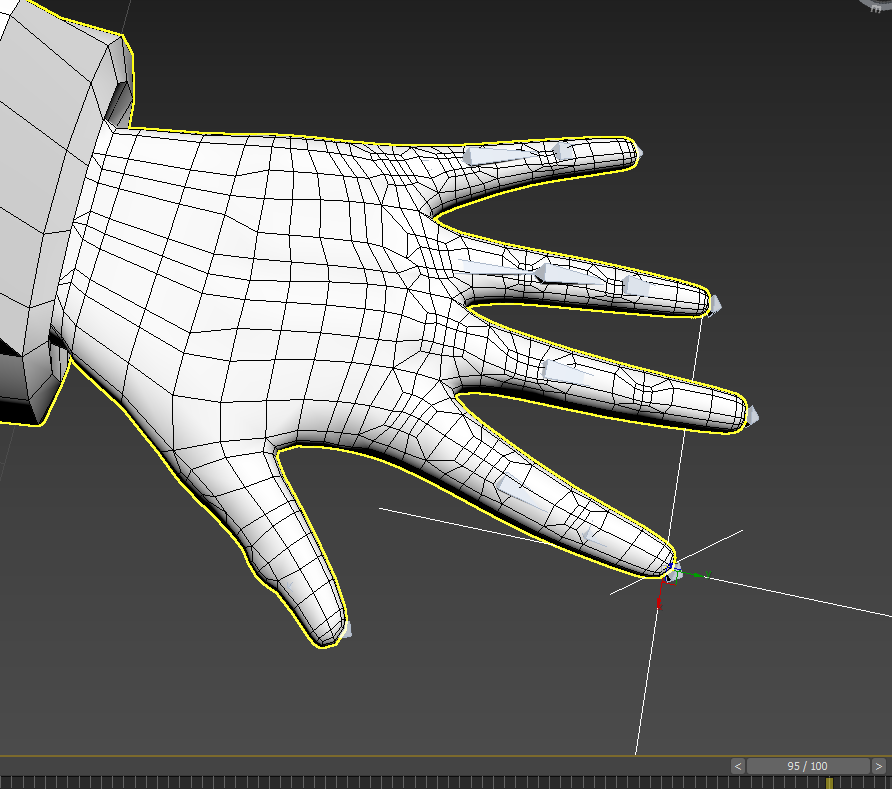 Why does the weight map look pixelated? I don't get it. I've never been able to get past this point when animating. I don't think it's a model resolution issue, since as you can see in the picture, the model is quite detailed.

How can I prevent the indicated problems?

Here are some reference images of my wireframe and weight maps:

After recreating a model entirely to try and have another go at this, Ive found that my new model is repeating the previous outcome. Here are some images 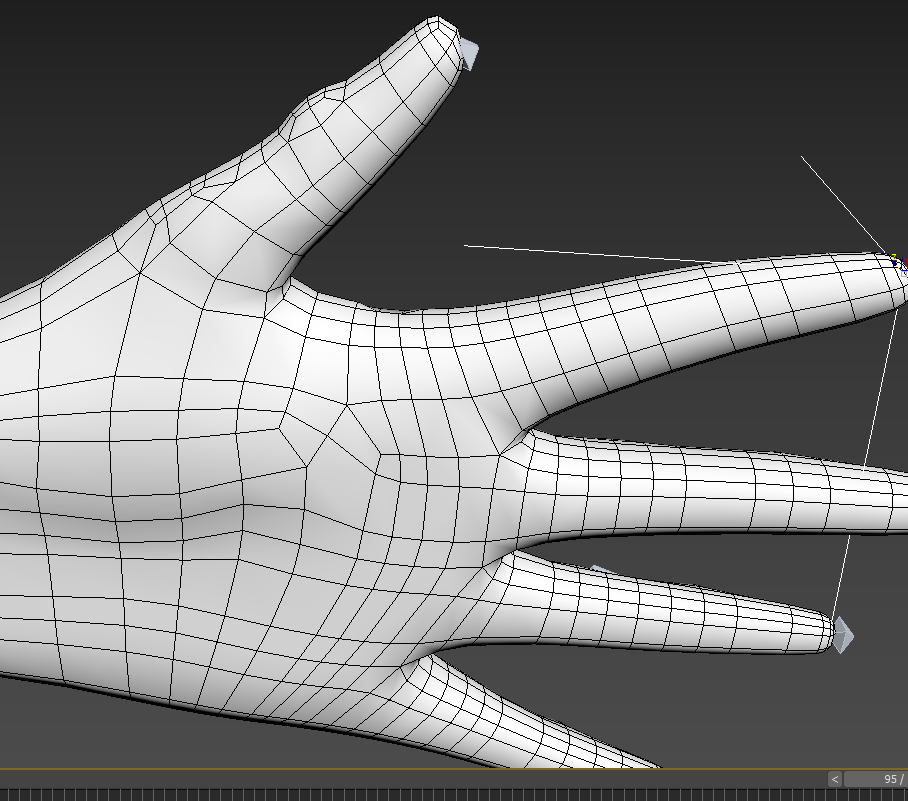 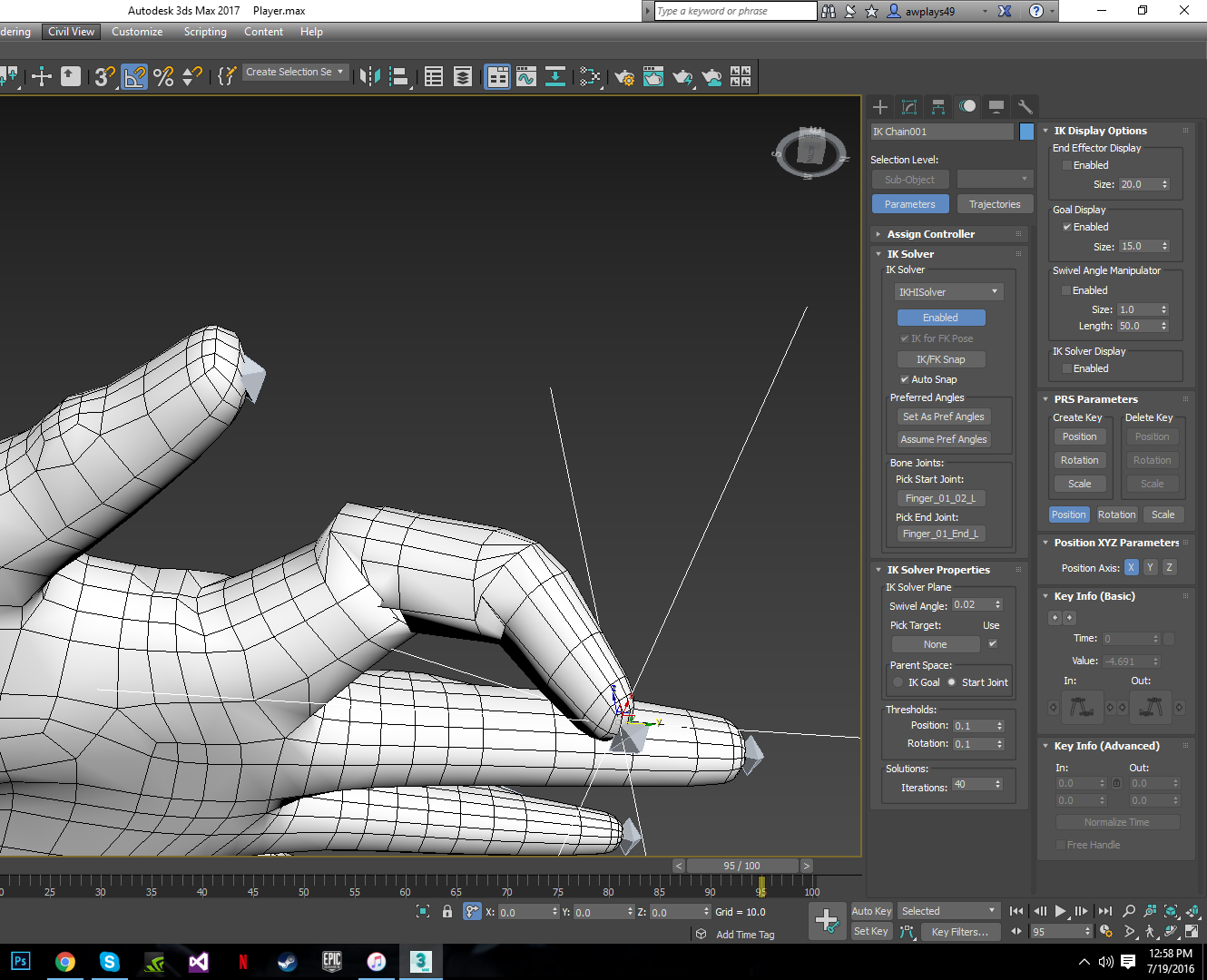 I'm not an artist and don't claim to be one; this answer is mainly based on hearsay and "articles I read on the internet."

Rigging and skinning works through math. There's no magic or physics involved, and an improperly-designed skin is going to cause you just as much trouble as an improperly-designed rig or an improper weighting. Based on your pictures I think your problem is that you mesh geometry isn't designed to handle deformation at all; you model the polygons around the joints exactly the same way as you model the polygons everywhere else, and at a very high resolution.

The problem is that "everywhere else" doesn't really deform under animation, but the joints do. If the topology of your mesh doesn't account for that, you get creases, jagged edges, and assorted unpleasant weirdness:

To be able to sculpt good-looking muscle activity and corrective shapes, it’s important that your topology supports the correct creasing in required areas. Try not to use an extreme polygon density for the base model for the first skinning pass. Skinning a low-resolution character is much easier and takes a fraction of the time that is required to properly skin a subdivided character with more than 20,000 vertices.

Note, for example, the way this hand is built with geometry designed to support the deformation zones: 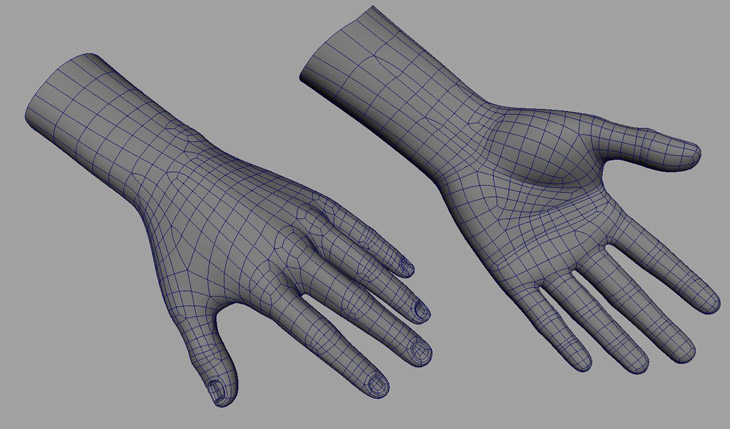 You probably need to modify or rebuild your hand model so that it contains that kind of supportive geometry. Remember that skinning only moves vertices, so you have to think about where the vertices will be before, after and during the application of a deformation. If they start to deform so they're inside the skin, you'll get weird visual discontinuities in the render. If they deform outside the skin, weird jagged edges, and so on.

There are two factors to consider when rigging a character to make sure that your get proper deformation. Firstly, topology. You have to make sure that the mesh has enough (and correct) topology in the area you are deforming to ensure that the geometry can stretch and move with the skeleton without looking terrible. In the case of your model shown, it looks almost like you arbitrarily added edge loops to the fingers as they're not spaced in any useful way. Its important to ensure that your edge loops go in where they'll benefit the deformation. Here's a great video showing how to do this properly: https://www.youtube.com/watch?v=J1mExXURsWk

The second thing to consider is the type of deformation you use which is rigid or blended deformation. It looks as if you're using rigid deformation on your rig, but it could also be that you simply haven't skinned the character to the bones properly. In 3ds max I ALWAYS recommend using either Biped or CAT when rigging a character as this will save you loads of time and comes with all of the IK/FK already setup. I then recommend using the Skin modifier over physique as it give you more control and makes it easier to rig your character. When using the Skin modifier the verts of your mesh will be color coded to visually represent the influence of a specific bone. Red means rigid (completely influenced by the bone) and blue means not at all influenced. Different shades of orange and yellow represent less influence which is what makes the rig blended - you can set verts to only move a little bit when you rotate the bone. 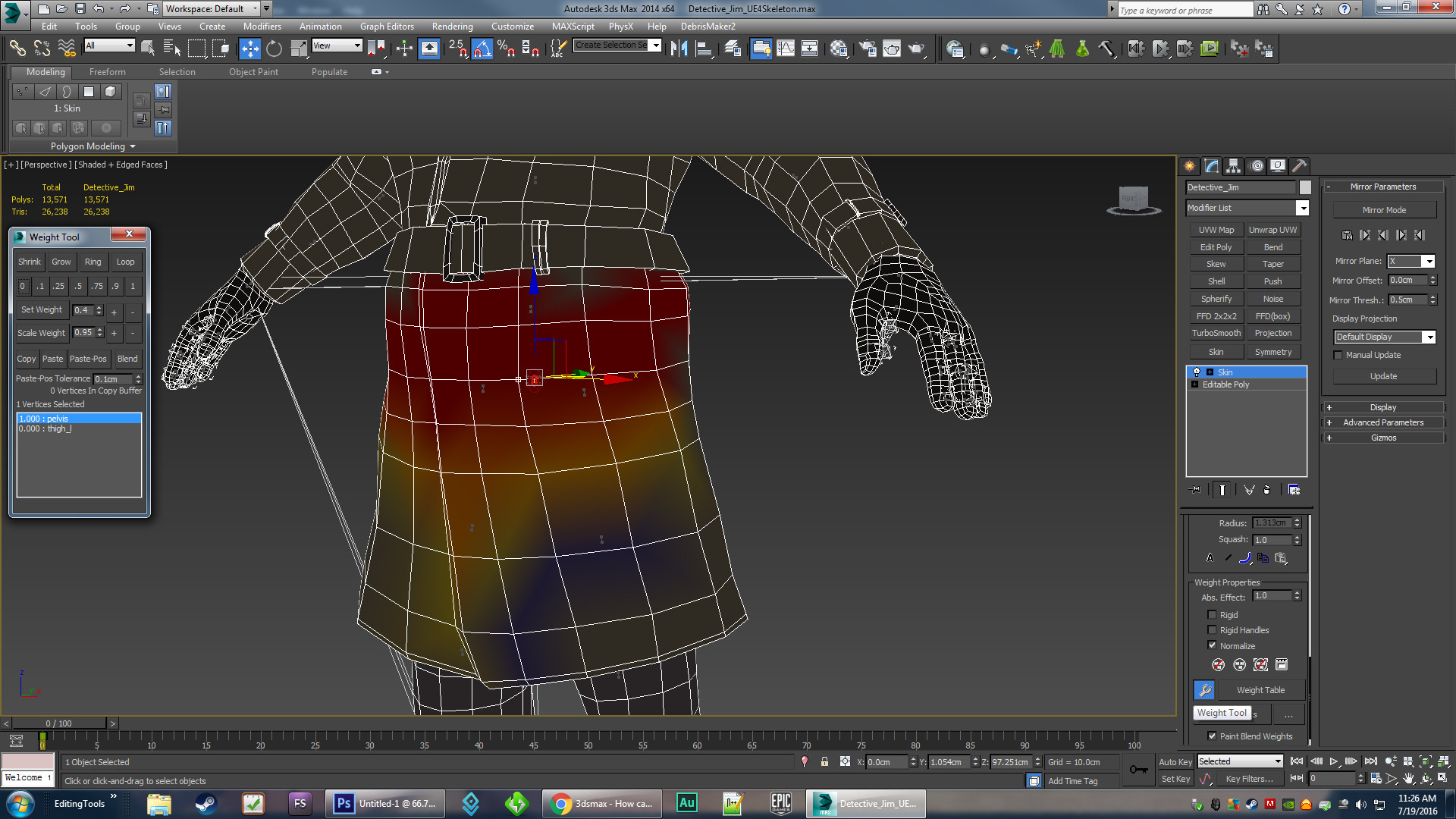 The Skin modifier does a pretty good job at assigning the skin weights to your skeleton but its sometimes necessary (almost always with hands) to tweak the default weights. When you have 3 edge loops around a knuckle the best strategy is to assign the top loop to the bone above it, the bottom loop to the bone behind and the middle loop to 0.5 on each. This will provide a smooth bend at the joint.

1
Units issue when exporting from 3DS Max to XNA
1
3ds Max - How to Cross Edges
2
How to port animation from one skeleton to another?
0
Physique and exports from 3ds Max
2
How to unify vertices in 3ds max?