Faces on 3D model not rendering in the correct

I seem to be having trouble with rendering models in monogame. I'm trying to draw several cubes, in a minecraft style world. It's a simple .obj file, nothing special. But... for whatever reason, both the top and the bottom are rendering over the sides, as can be seen here in these four cubes. 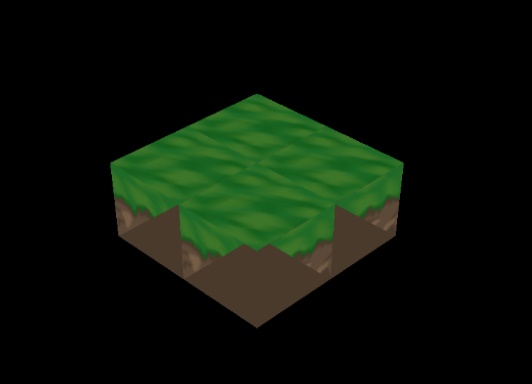 My code is simple as can be, so I can't imagine the problem is directly the fault of this:

How do I fix this?

It turns out, it was because of a previous SpriteBatch call causing the GraphicsDevice settings to be changed. Putting this code in before my model drawing code executed fixed it, and now it draws correctly.

Not the answer you're looking for? Browse other questions tagged rendering monogame models or ask your own question.