Why do game developers develop games for exclusive contracts?

There are several companies that develop their games for one console only (Playstation or XBox). Why and how are they doing this? Shouldn't there be more sales when they publish it for PC/PS/Xbox?

Why are they signing such contracts? What are the benefits?

Note: As long as these games are full funded by the console company I totally understand this exclusivity - but are there cases where these companies do not fund a game and it is still exclusive?

The benefits are often money related.

From a console manufacturer perspective, an exclusive title means their console becomes more attractive if a high profile game is only available to them. Thus to them it is a marketing opportunity (and probably comes from their marketing budget). It may also be an opportunity to sell specific hardware (example Playstation VR).

For the development team, it may limit their sales, however there may be some benefits out of the deal that outweighs the lost sales.

In the end, the benefits are often driven by cash.

Here's an amusing anecdote that explains one potential reason: 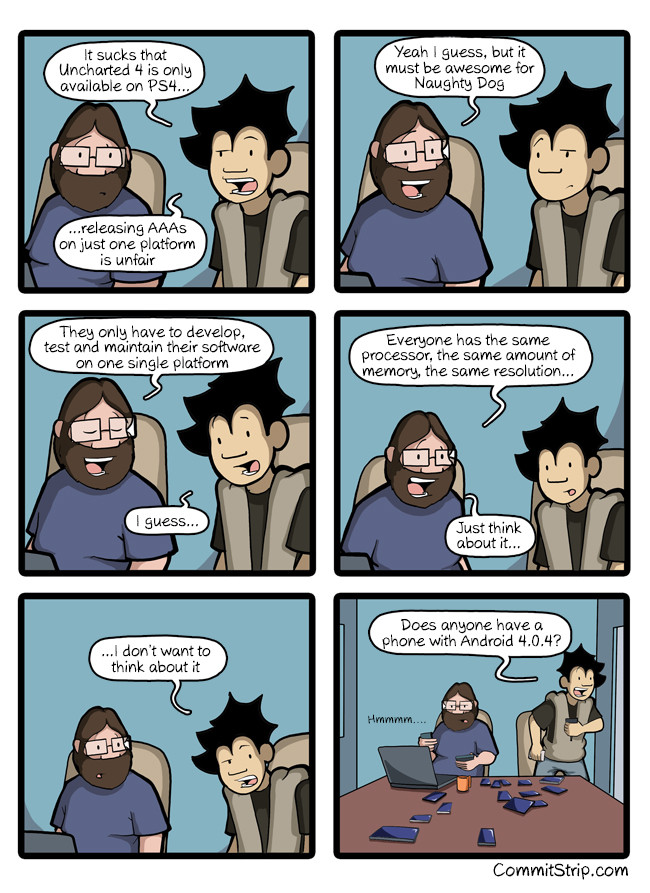 Game development is expensive. Really expensive. And developing a game for multiple platforms is even more expensive if done right. Many development studios simply lack the funds to be able to develop for multiple platforms at once. Singing a exclusive contract might not provide you with any funding at all but it will most definitely provide you with better support for the target platform. This is itself will make development easier and cheaper for the studio. Thus minimizing risk. Note that this is in no way concrete information it is solely based on my experiences and knowledge and thus can be completely wrong.

Far more important than the already stated reasons is marketing. Game software development is cheap - no more than half of a game's budget gets into development, the rest goes to marketing. From the half of the budget that's left after marketing is subtracted, most of the remainder goes into gamedesign, art*, and brand. If you're spending a huge chunk of your budget on software development, you either screwed up, or your game is intended to be a demo for your engine, which you want to re-sell for more money than you want to earn with the game.

There are people arguing that multiplatform support is ridiculously expensive, but these are the same kind of people that used to say every dialog needs to be modal and non resizable - they don't know what they're talking about. Games are unlike any other software in that most titles are pretty much developed from scratch. This allows games to easily and cheaply be developed for multiple platforms from the start, with small to almost negligible additional development costs (compared to the main software development cost, art cost, and marketing). Multiplatform development is only somewhat expensive if you write for one platform first, and then later decide to port to / rewrite for another platform.

What's expensive is the marketing of the game, and having a brand. To make an obvious example: Any decent Civilization clone will sell 5 times as much if it's launched under the "Civilization" brand. The cost and the money is in the brand, not in the software.

So how is that related to exclusives? Exclusives get significant exposure due to being exclusives. The reason is threefold:

How much more money you get, in what form that money is (higher percentage, up front loan, or just cash), what the terms of the ads are, and if the smaller target group for advertising males any sense at all, are all things that vary game by game.

Not the answer you're looking for? Browse other questions tagged console sales .

1
In today's video game industry, why isn't every game released on PC?

14
Make Windows game appear in Games Explorer (Start Menu - Games)
3
Which console systems can indie developers officially develop for?
2
Why shouldn't templates be used on video game consoles?
7
How do you decide upon the price for a game?
1
Can I develop indie games for GameCube?