Map video texture to a half sphere in Unity

I'm new to unity3D. and am trying to play a 360-degree video. But instead of mapping the whole 360-degree (equirectangular) video to the whole sphere, I need to map the half-video to a half-sphere object. How can I do that? So basically we'll have two half-sphere, tied together, each playing the half of 360-degree video, as if a single video is mapped to a whole sphere. An example or tutorial for a beginner would be great.

e.g. So the top half of this 360 video should be textured on such mesh

UPDATE: No worries...we not cropping the video on the go! It is already cropped as two separate videos) 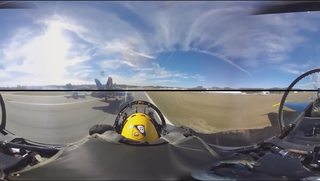 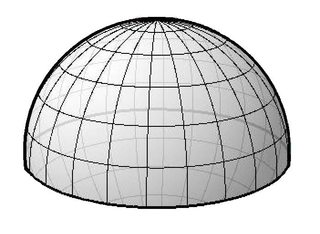 3
How to make (or where to get) a half-sphere mesh that textures properly?
3
Is it feasible to playback 4K video in Unity?
3
How to create Half hemisphere 3D model
10
Draw the middle half of a sphere programmatically
0
Map with media texture not packaging
1
Project 360 video on the inside of a iso sphere / polygon sphere
1
Smoothness texture map in unity