Emissive material not casting light on itself in Unreal

This is how the unlit scene look: 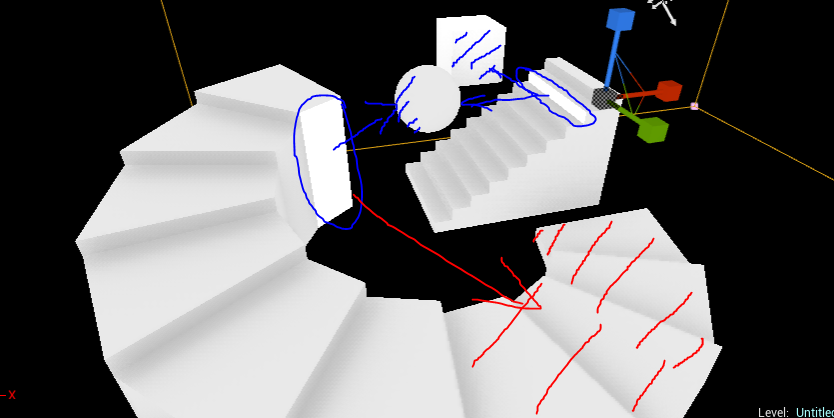 Is there a way for the stairs to be lit by itself?

from the UE4 docs on Emissive lighting there are a couple of things that may not have been done. These would be to have the Stairs set to be lit by emissive lighting and the Emissive Strength is not strong enough to reach the steps of the stairs. So:

Not the answer you're looking for? Browse other questions tagged lighting unreal unreal-4 materials or ask your own question.

0
Ogre: Light not reflecting correctly
2
Materials and Mesh association
3
Technique for multiple shadow casting lights in 2D
2
Proper normal vector transformations in normal mapping
5
Where to cast light/shadows in a 2.5D view?
4
Unwanted highlight on far side of objects near the edges of the screen when using orthographic camera
2
Mesh from MagicaVoxel cast a strange holed shadow
0
Generated Mesh Does Not Have Shadows/Shading