Can a partially completed game be sold to a game development company for completion?

I'm a lone programmer with an idea for a game. I believe I can code the mechanics of the game by myself. I do not think I have the expertise, time, or creativity to create the graphics and audio of a marketable game. I have a very good understanding of how to design applications that are loosely coupled to their front ends and I feel I could create the game with an ugly UI.

I imagine the scale of the game would be a consideration for this approach. A large scale game would probably be more attractive, but there is no way a lone programmer could create it to begin with. A small scale game may not be worth the time for a game development company.

This has already happened

All Points Bulletin was started by Realtime Worlds. RTW failed to bring it to completion as they went into administration in 2010 and ceased to exist. Reloaded Inc took over, re-releasing the game as APB:Reloaded, a free-to-play team vs team sandbox shooter. 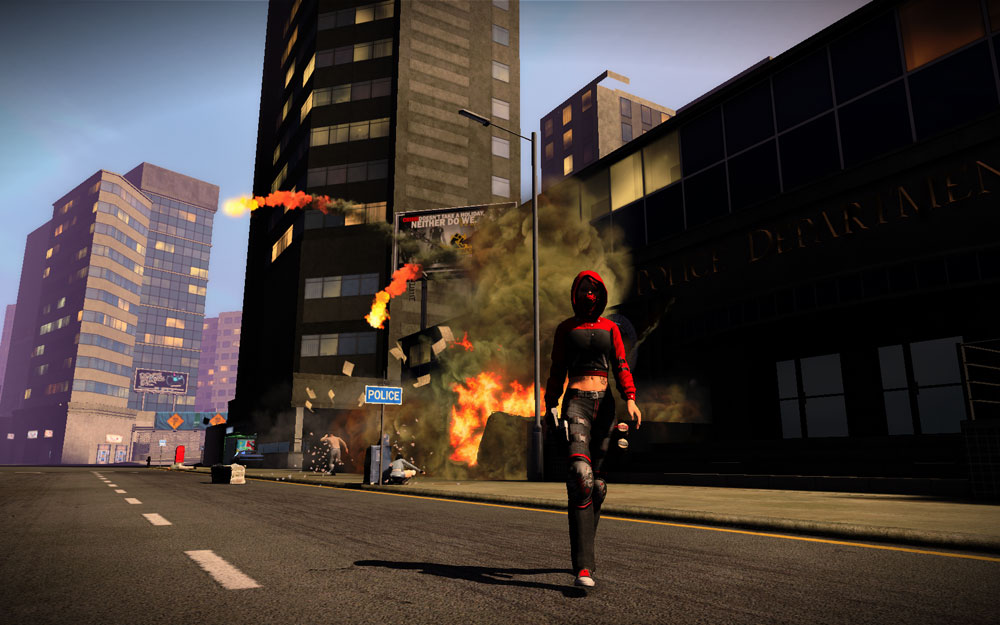 Doing the Unflinching Walk in the city of San Paro

Now, 6 years later they are still developing the game.

Now granted: this has been tough for Reloaded. RTW left the code in a state that is best called "a complete mess". Despite using the Unreal Engine, RTW had used so much custom code that Reloaded has had a very hard time to develop the game because as soon as they touch one thing, three others break. They have struggled for over two years now to try to replace the old 3.0 customized Unreal Engine with a standardized 3.5 UE, so they can do some actual work on the game without breaking it every time.

Thankfully that work now seems to be coming to a close, as they have gone into a beta release (or "soft launch") of the XBox One version, based on the new(er) Unreal Engine.

So yeah, it is feasible. But do not expect it to be an easy ride.

As for the core of your question:

Oh yes... just look at Portal. Not only did Valve buy the concept, they even hired the programmers that made the predecessor freeware game that demonstrated the concept, Narbacular Drop.

Anything is possible, but the situation you describe is highly improbable. Software developers rarely like picking up where someone else left off, and are much less likely to pay for that opportunity.

However, you might be able to create a technical demo to try to pitch your game. Either to gain the funds (via crowdsource or otherwise) to hire developers yourself, or to gain the attention of a publisher who might hook you up with a development company. Either way, it's likely the game will be rewritten from scratch.

This is technically possible. You can take any game you've created and sell it or license it out or engage in a contract with somebody else to extend or to finish it (provided you own the right to do so for all code and assets you used, et cetera, et cetera, et cetera).

In practice, however, this is unlikely to work out for you. Generally companies already have plenty of their own ideas and projects to develop, or are paid to develop somebody else's idea or game rather than paying for it themselves.

Not the answer you're looking for? Browse other questions tagged game-industry marketing .