So in an attempt to move out of the console environment I have set up an SFML poject in Visual Studio. I am currently trying to draw a stage from a vector within a vector (Matrix?), and the results are not exactly what I was hoping for.

So this is how I set up the stage variable-wise, hitbox being defined as:

I then try to map out the individual blocks, so every time it finds a '1' in the vector, it should print out a square (quad).

With all the variables created, I proceed to draw the level. 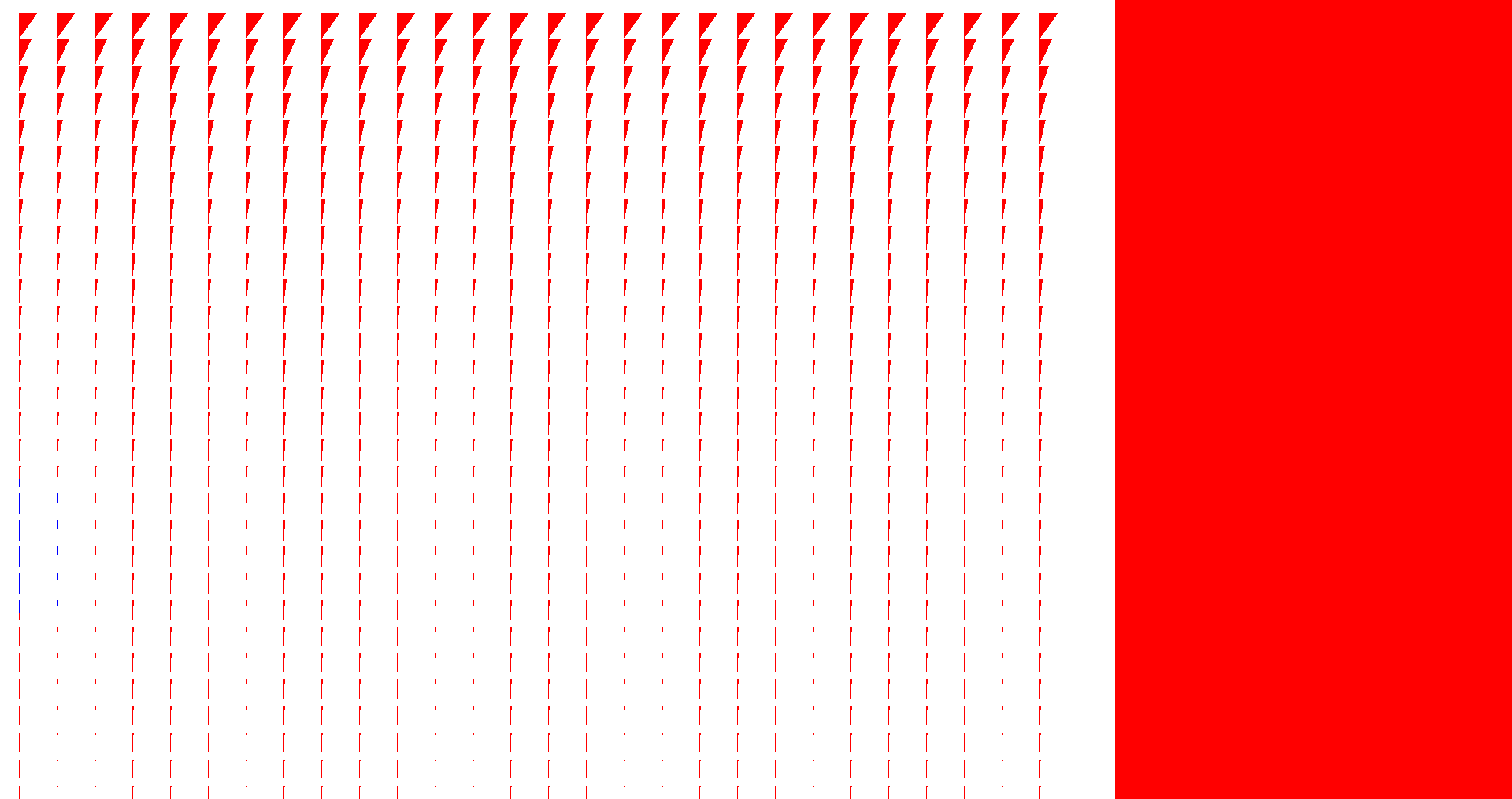 The vertices being white, and the background being red. As I have said, I hoped for drawing two rectangles, one at the top and one at the bottom. I have no real idea regarding what part of my code is causing the error, but I've played around with the position commands the most, to no avail. 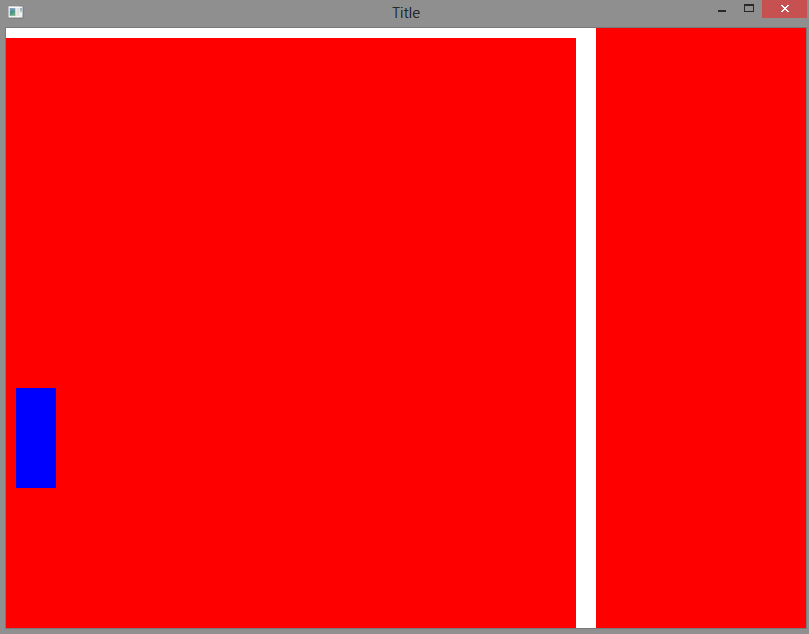 White being the vertices, red the background and blue the player (previously not visible). Although it is a whole lot better, something is still incorrect, as the upper rectangle does not reach all the way, and the lower rectangle does not mirror the upper. I do belive the main problem has been solved, and thus I am able to continue on my own.

Switch statements are supposed to be surrounded by curly braces.

What you wrote is equivalent to:

Unfortunately, I don't have enough reputation to add a comment to your original post. Here is my go at a partial answer!

Here is where you populate the top row with 30 white boxes.

As an unrelated style tip, I would suggest you change your loop header to something more readable, ie:

These two ways of writing the loop header make it more readily apparent that you are counting up/down from 30, rather than saying "I'm gonna start at 30-1, and go to -1." -1 is a weird number unless you're checking for an invalid array index.

Not the answer you're looking for? Browse other questions tagged c++ 2d sfml levels .