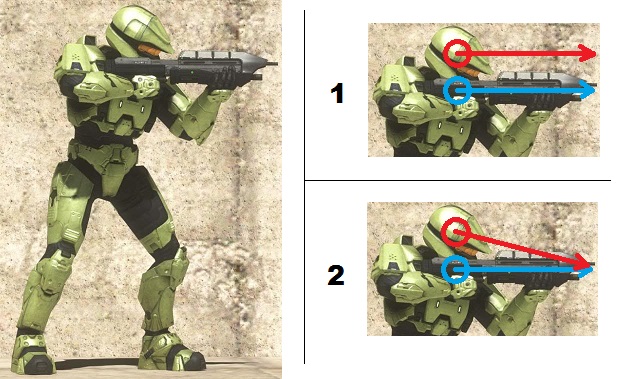 Not the answer you're looking for? Browse other questions tagged first-person-shooter ui-design .

15
Shooting the bullet out of the gun instead of the camera, yet keeping it accurate with respect to the reticle

4
Implementing recoil in a realistic and balanced way?
2
How to create a view looking down the sight of the gun
15
Shooting the bullet out of the gun instead of the camera, yet keeping it accurate with respect to the reticle
0
FPS - How to handle accuracy with red dot sight on guns
0
Firing a simple sphere from below the camera at crosshair in the centre of the screen, with or without raycast
2
How can I make bullets come from a character's eyes, but look like they come from the gun?
0
How can I reference the frontmost part of a mesh in my Unity code?
0
First Person Shooter Character in Unity - Meshes Clipping When Close to Body?
0
How do I use raycast to put a bullet hole on a curved surface?