is the formula for the commanded acceleration required to hit the target,
where N is the proportionality constant, λ' is the change in line of sight and V is the closing velocity.

Data I natively have:

Data I can get with some calculations:

That's the reference system of the game: 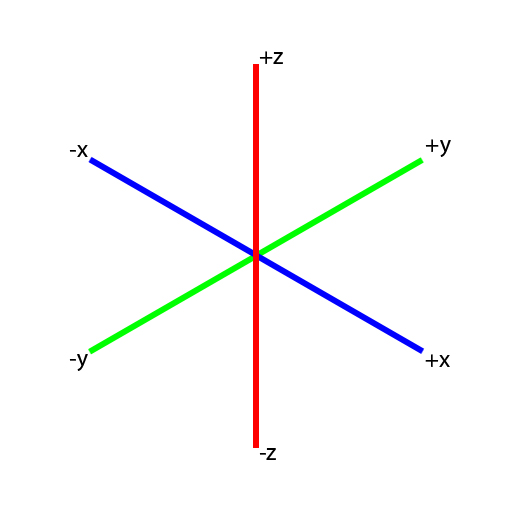 The computed acceleration will then be passed to a RK4 integrator which will move the interceptor towards its target.
To steer the missile, I will simply change its velocity vector at every update (every 1/60th of a second) and its orientation accordingly. For example: if the missile has a velocity of [0,100,0], he's going 100 m/s due y+ axis. If at the next frame it should slightly turn right, then he'll be going to have a velocity of [10,99,0] and so on.

That's the only thing left to finish off my little thesis and unfortunately I'm stuck here. In the meantime, thank you very much!

Here's a video I made, but it doesn't still actually use the Proportional Navigation law: it checks if the missile is "aligned" to its target and eventually correct its route.
That's my actual code: pastebin

That's what i've come up with but sadly doesn't work as expected:

Similar questions:
Finding the components of Proportional Navigation in 2D

2
Finding the components of Proportional Navigation in 2D

3
Pathfollowing with acceleration - centripetal force
1
Vector magnitude in orientation
4
How to rotate an object along its trajectory path?
7
Path following with Asteroids-like movement. Time to complete path
2
Finding the components of Proportional Navigation in 2D
4
Restricting Maximum Velocity in Space
0
Controlling a thrustered 2D space ship with angular rotation and max speed
0
How can I match the delta rotations of two objects?
0
How to calculate a movement Vector3 to kill unnecessary momentum and start moving in the right direction?
0
Moving ship to new destination when already having a velocity?