Please take a look at the screenshot below, from the old classic Space Harrier. My question regards the curved perspective on the chequerboard 'ground'. It's got a strangely curved geometry (I remember seeing this in a few old games/demos). I reminds me somewhat of a moire effect, and I think some of it (in the background) is just that - but I don't think its the full story. Compare with the screen shot from the Sega version, which shows moire effects in the distance, but not the same curvature. 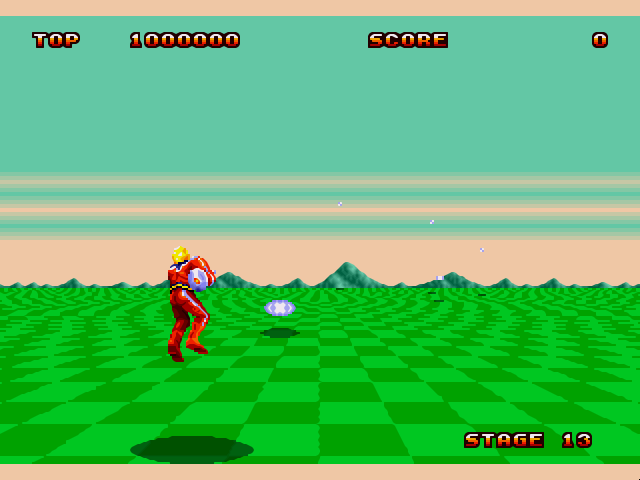 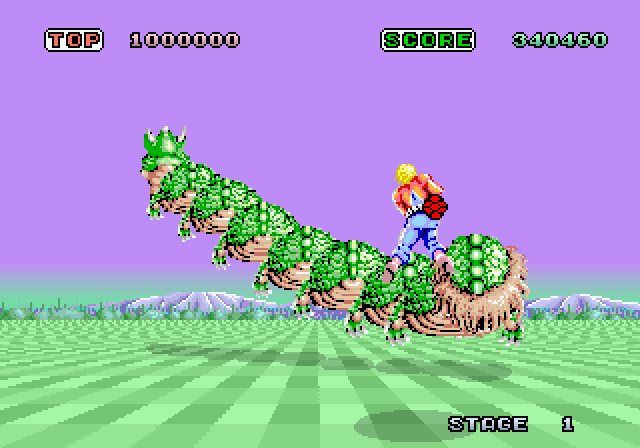 This has to do with Mip Mapping textures. This texture has not been mip mapped. See the before and after mip mapping on this image:

So it's a side effect of the game trying to draw textures far away at an angle. Mip mapping fixes this, so the way to achieve it is to not use mip mapping.

I think it's more correct to say that the effect you're seeing is called Aliasing. Specifically a Moiré pattern.

Basically for speed there was a naive method of picking which pixel from a texture to draw at a given pixel on screen given the camera you're rendering from, and the curvature you see is a side effect of the grid pattern.

So no, it wasn't intentional.

Mipmapping helps fix this issue as well as improves speed of rendering (as picking adjacent pixels from a lower res texture is faster due to cache coherency than picking far apart pixels on a larger texture). But, as you can see from mipmap examples, it doesn't make the texture look "right". For that you need anisotropic filtering.

Not the answer you're looking for? Browse other questions tagged 3d geometry or ask your own question.

6
What are these odd distortions on far away textures?