How can I render text with modern OpenGL and stb_truetype, and why are the loaded textures black?

I've spent the past couple of days just desperately trying to get stb_truetype to render anything using the simple example provided https://github.com/nothings/stb/blob/master/stb_truetype.h#L242-L281, however, no matter what I tried, the texture being loaded always ends up being completely black.

I've tried writing the generated texture data back to a .png file as

and the font actually gets rendered properly

However, when I inspect the loaded texture in Nsight (or CodeXL), it looks completely black, and upon inspection of the actual data in the texture in CodeXL, it shows zeros basically everywhere, except for one small blob of a few non-zero numbers (which is nothing like the saved PNG). 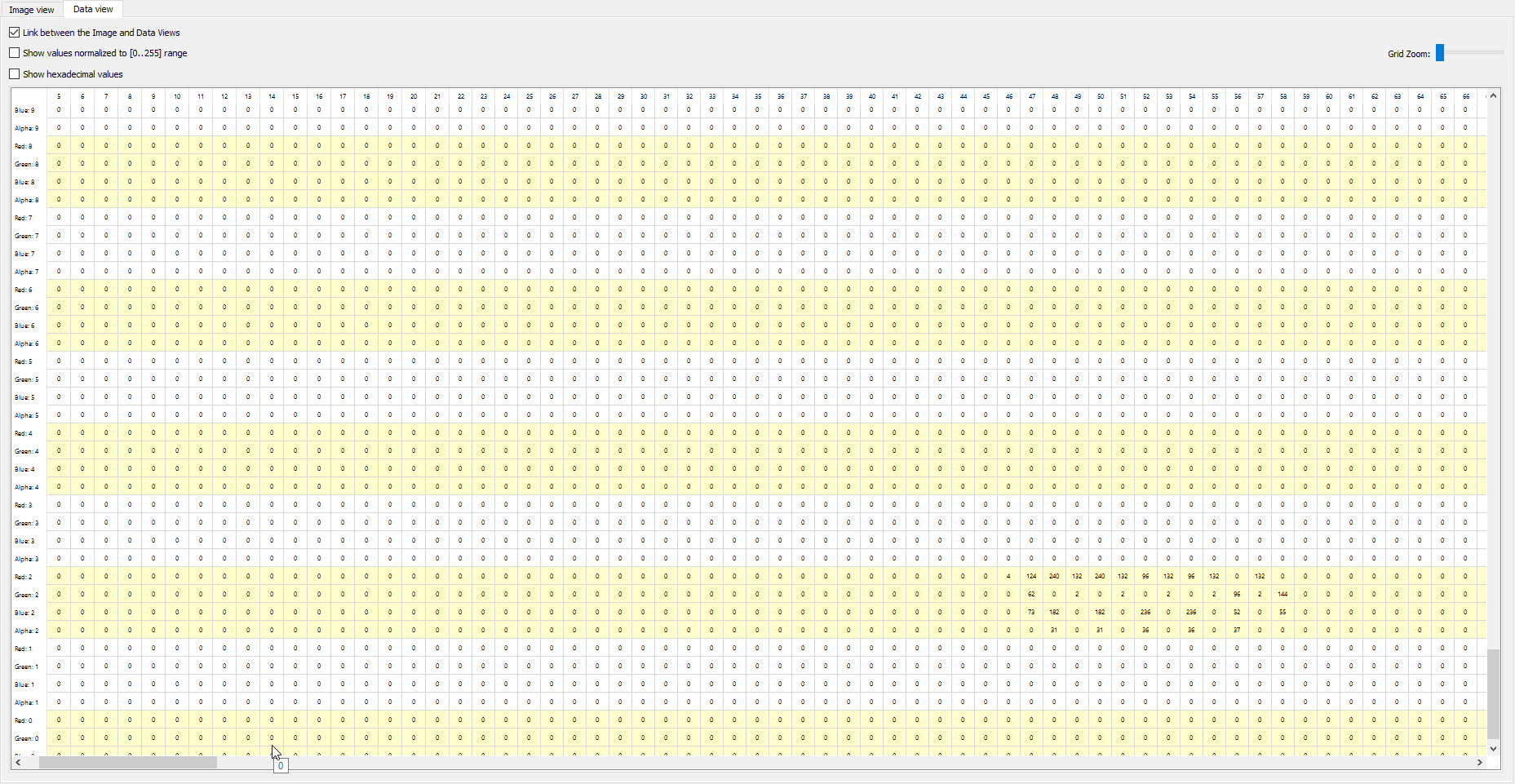 I'm not sure if it's CodeXL and Nsight both mis-interpreting the contents of the texture, even though the data view in the screenshot shows each byte, but when rendering I also get everything rendered with this texture completely black.

Is the texture being loaded incorrectly, or am I doing something else wrong? I'm using OpenGL 4.4.

opengl textures
Share
Improve this question
asked May 4 '16 at 9:18

I think it works same way as

did, representing the alpha value as GREY(RED) color.

Not the answer you're looking for? Browse other questions tagged opengl textures or ask your own question.

13
How to render a texture partly transparent?
3
Rasterization Rules and States
2
In GLSL is it possible to offset vertices based on height map colour?
5
Skybox rendering
3
Is it possible to completely avoid copying image data when uploading textures to the GPU on iOS?
1
OpenGL Texture Loading
3
How to fix texture edge artefacts?
3
How can I use ImGui to render simple text instead of using stb_truetype directly?
0
How to capture image from camera with post effects? Mysteriously only get emission(?) pass