I was working on a game in MonoGame, which I have been doing for quite some time now. As I was implementing UI, I was noticing some sort of weird scanlines. Investigating further, to my surprise my whole scene was covered in it! 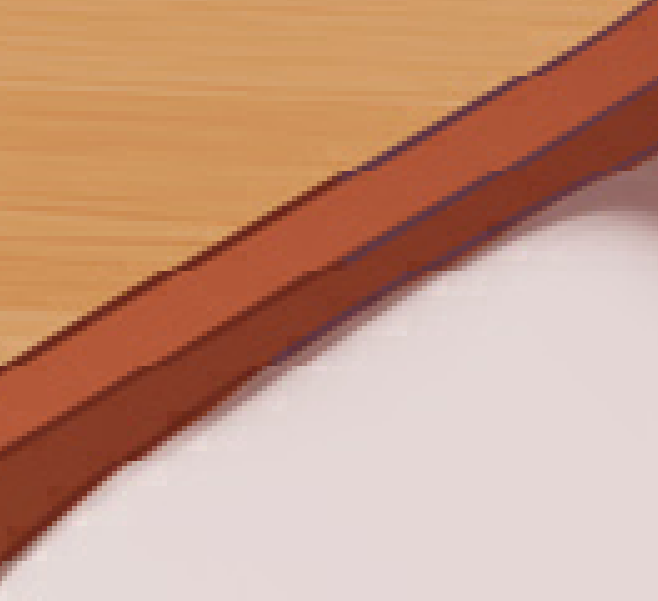 Notice how the texture when zoomed in has almost a JPEG squared compressed feel too it. I have no idea what is causing this.

We were using a RenderTargetTexture instead of the backbuffer, so figured I try it without, but the same happens. I checked if we were doing any weird Matrix transformations, we did not, in fact, I disabled them just to test it out. After that I thought "half pixel offset" (even though it should not really apply anymore post DX9), but also that did not solve a thing. Last but not least I thought maybe a MipMapping issue, but that would be weird since the exact same thing happens with the normal backbuffer.

My Question: Does anyone here recognize this "effect", and have any clue what might be causing it?

I'm basically just rendering a 1920x1080 image to a 1920x1080 backbuffer, but I can assure its not the image. When I for example draw a cursor and make it follow the mouse, the points where pixels "go missing", even the cursor texture deforms. 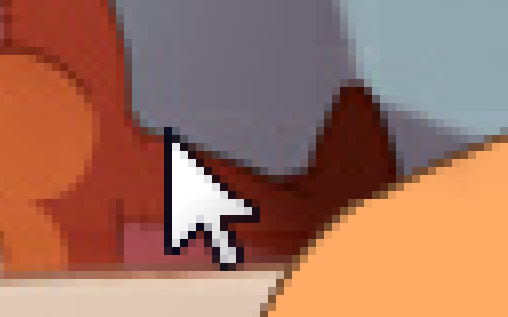 Might not be as clear in this picture, but notice how both the cursor and the orange curve basically "skip" a row of pixels, when I move the cursor to another location, it turns back to normal.

It looks like the issue is that you are doing non uniform scaling (different scale on x and y axis) and using nearest neighbour texture sampling.

If you switch to using uniform scaling and/or bilinear texture sampling (or better, like bicubic) the problem should go away.

Not the answer you're looking for? Browse other questions tagged textures monogame rendertargets or ask your own question.

2
How to manage drawing loop when changing render targets
7
UV texture mapping with perspective correct interpolation
3
Unity Android: Truecolor texture performance hit and alternatives for truecolor
1
Model texturing not seamless at certain zooms? (C# XNA)
2
Are there spritebatch drawing limitations on monogame?
0
MonoGame sprites not consistently drawing
0
Mip map artifacts
0
How to make a texture appear the same way in a cube?
0
Unity: White outline around seams in my character, make it stop!