I am at 1.2 stage (moving the player) at Unity course "Roll-a-ball" and have question:

I want to add feature that stops a player and sets his new position on 0, 0, 0.

I can reset the position, but I have really problem with stopping a player. The ball won't stop rolling.

So, how to do that? I have no clue right now, although problem seems be easy.

Here a image with code and Unity with opened Inspector on object. 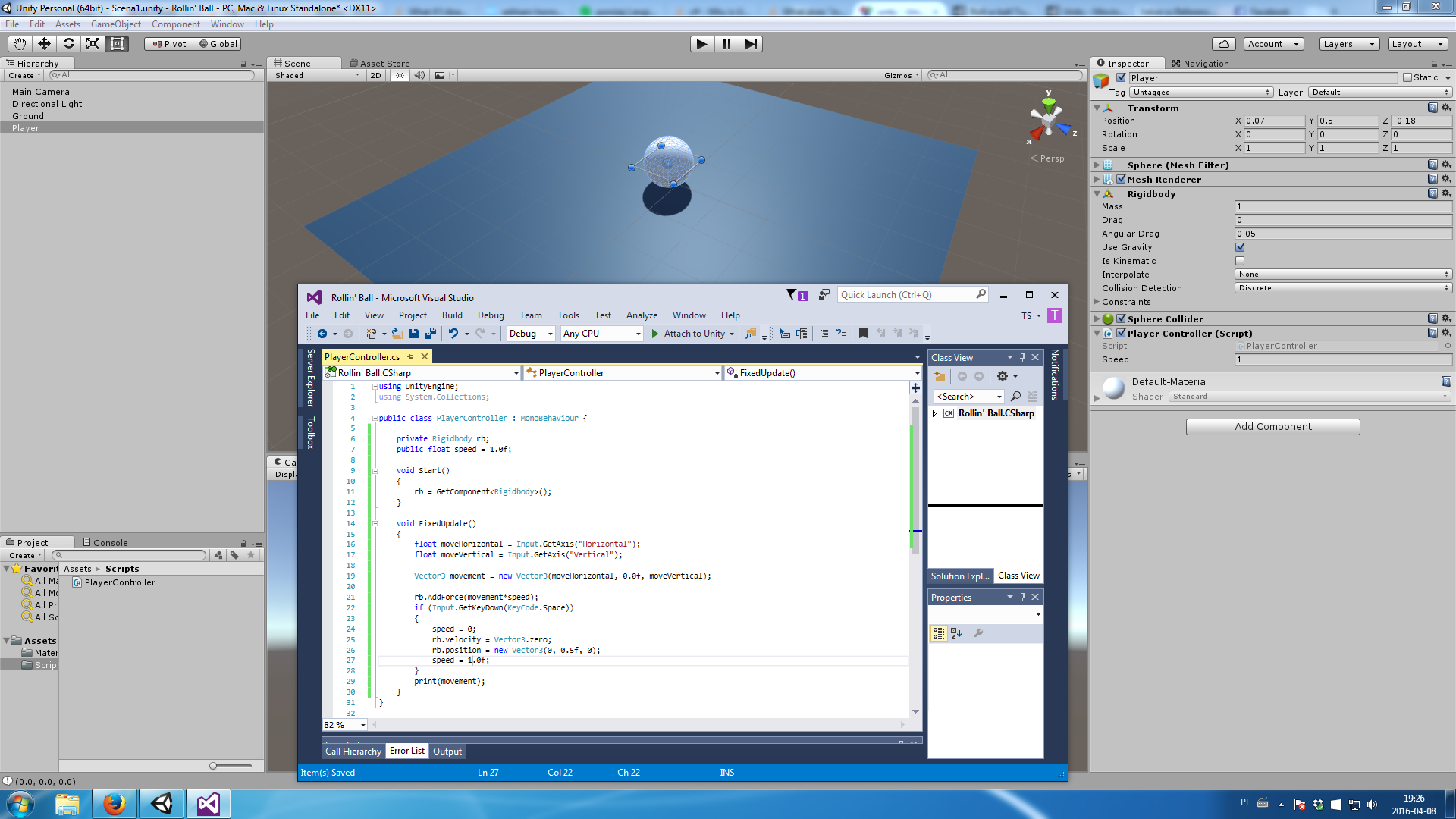 I've a another problem.

Changed code as below (as Byte56 suggested):

It seems like clicing space not always freezes object. It always put it on right place, but sometimes doesn't freeze. No matter if I use code rb.constraints = RigidbodyConstraints.FreezeAll; or rb.Sleep(); - sometimes it works, sometimes not. I can't prove it, but it seems the smaller is delta of time between clicking space (smaller than 1 second) the chance that it won't freeze increases. It's not fault of space, I tried it with NumEnter. Any idea? It seems really buggy.

If you want to stop a physics object from moving, you need to zero the forces and the velocity of the RigidBody.

For zeroing the force, you can apply a force opposite to the forces you've added that frame already. However, I'd suggest simply not adding those forces if you're stopping. It means a slight rearrangement of your code.

The ultimate way to stop the ball, activating all the constraints on the rigidbody.

It is due to constantly applying AddForce in FixedUpdate. You can easily do it by assigning zero to speed and set velocity to zero.

35
Movement prediction for non-shooters
0
Issues calculating frame independent movement
1
unity3d - Object keeps falling down
0
How to restrict the players movement win relation to screen bounds in Unity? (Without colliders)
3
How to completely stop the camera from clipping into the ground
0
Improving Rigidbody collision between real-time movable object and other Rigidbodies