I want to make a non-real time simulation of overlapping repulsive balls, initially in 2D and later in 3D. With "non-real" I mean that rendering is not needed after each time step.

First of all, consider a simple closed domain for simplicity. In practice, domains will be complex and irregular but always closed.

The balls on the boundaries are fixed and could be overlapping. A fixed ball duplicates itself to produce a free ball of the same size whenever no other ball overlaps it. Both fixed and free balls repel each other but fixed balls cannot move. Note that, duplicant ball should be sufficiently tilted to start repulsion. In elastic colliding balls case, after two balls collide they change direction with some velocity but in this case the balls can stop quickly once they stop overlapping. Free balls move until there is no motion or let's say we solve motion problem until convergence. Then each fixed ball produce a free ball again and this process goes on until no fixed ball can duplicate due to being overlapped by any other ball(s).

I think GPU (CUDA) would be faster to solve this problem but initially I am thinking to write on CPU. However, before proceeding to coding I would like to know "feasibility" of this work. That is, considering a million of balls, approximately how long it would take to simulate this or similar kind of problems in non-real time. For a million of balls, if solution time is in order of minutes, I will dive into the problem. So, my question to experienced programmers is that approximately how long it takes to simulate this kind of problem for a millions of variables? Is it in order of seconds, minutes or hours? 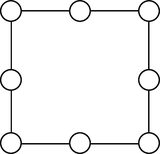 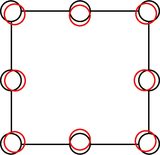 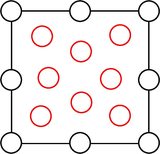 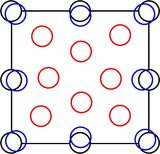 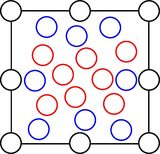 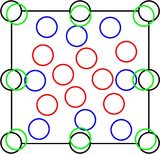 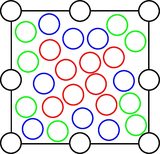 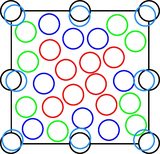 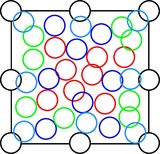 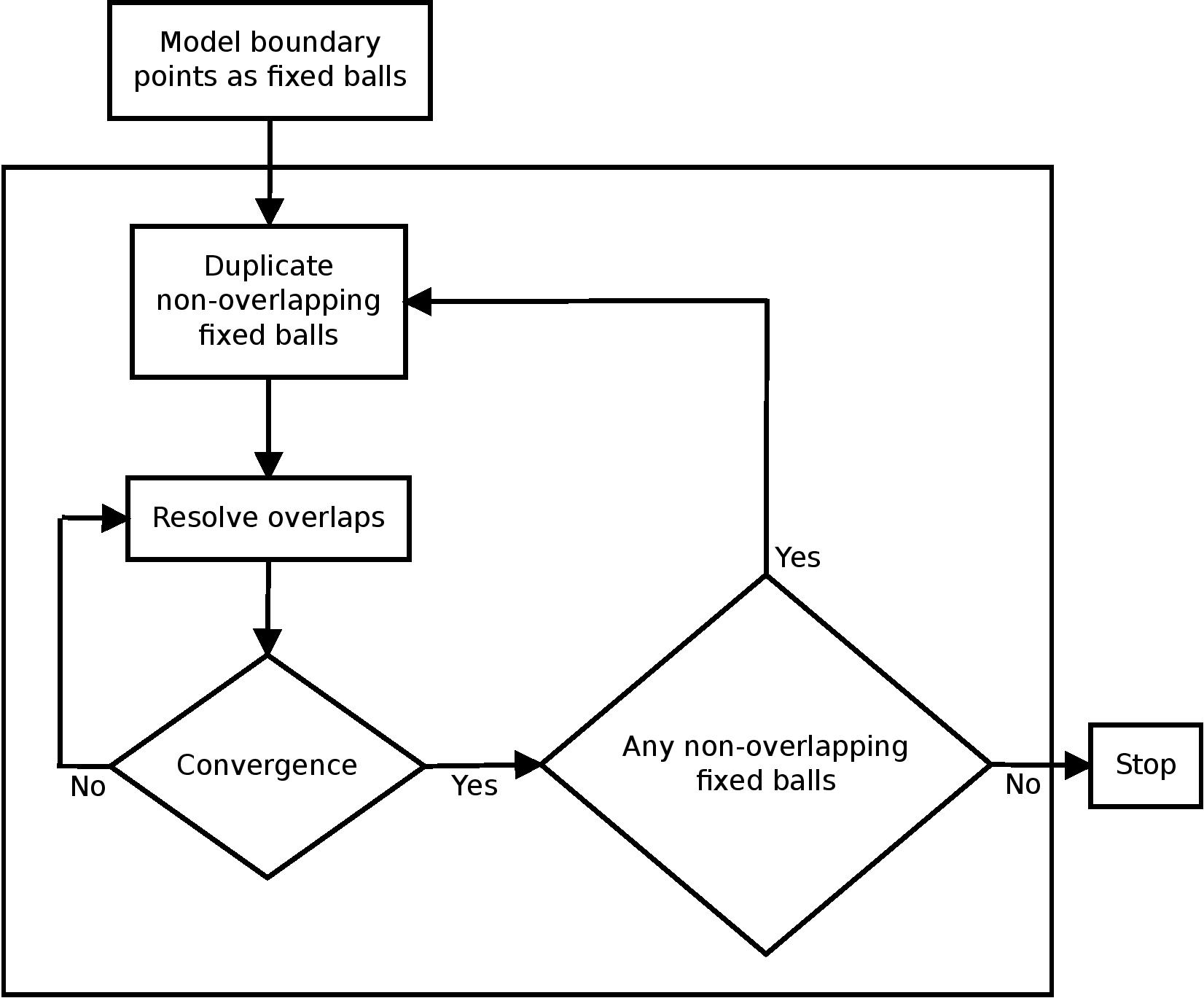 It would be on the order of seconds for CPU-based code, and much faster for GPU-based code. I have two sources of experience for this.

The first, writing gravitational simulations (force-based repulsion, exact intersection resolution. As you can see I got much farther with force-based repulsion!). Because this is a sparse problem, for short-ranged collision detection, I use a hash table. Particle positions are mapped to a pair of integers (a,b), and the hash table looks up lists of particles from pairs of integers. There are a million particles in one of the linked videos, and doing the force calculation on a single thread (including the much more expensive gravitational calculations!) took three to four seconds, if I recall correctly.

The second, writing statistical simulations of rigid disk phase transitions. See image below for what I'm talking about. In this case, the disks are densely packed and so a hash table makes no sense. You might as well just create a grid to store the particles in. Every grid would point to an array of pointers to particles (so that if multiple disks lie in a single grid cell, they can be properly handled). Again looking up adjacent disks is easy: just look at the adjacent array indices. The avoidance of mutual intersection of any two disks can be assured much more easily than in what you want to do: You START in a valid configuration where no two disks intersect. Then you choose one disk, and move it randomly in the x,y directions. If the new position intersects any disks, you move it back to where it was. If it doesn't, you leave it. Repeating this millions of times (which can be done very quickly because of the quick collision detection) gives the random images you see below. I would expect single threaded CPU performance for this kind of code for a million particles to be around a second, maybe less (for proposing and checking a new random move for each of a million particles). For reference, this approach is called a "Markov Monte-Carlo approach".

(see Werner Krauth's faculty webpage, his book, or his Coursera course for more. The idea is that as the density of nonintersecting disks increases, there is a phase transition from short-range order [liquid] to infinite-range order [solid] at a critical temperature [rather, critical density].)

To detect collisions, just check if the distance between two adjacent circles is less than the sum of their radii. (if d

To handle collisions between two movable particles, if your particles are at positions x1 and x2, the algorithm I used for the "exact intersection resolution" video above was like this:

The problem is that in resolving the collision between TWO particles, we may have introduced collisions of either one of the particles with some third particle. You can see this problem in the "exact intersection resolution" video! That is why I prefer force-based methods.

Not the answer you're looking for? Browse other questions tagged c++ simulations cuda or ask your own question.