What do you call the Call-of-Duty-style health system?

In games like Call of Duty (and many, many other FPSs), there is no visible health bar; instead, as the player takes damage, their vision is slowly obscured by blood that seeps in from the edges. As they heal, the blood clears. 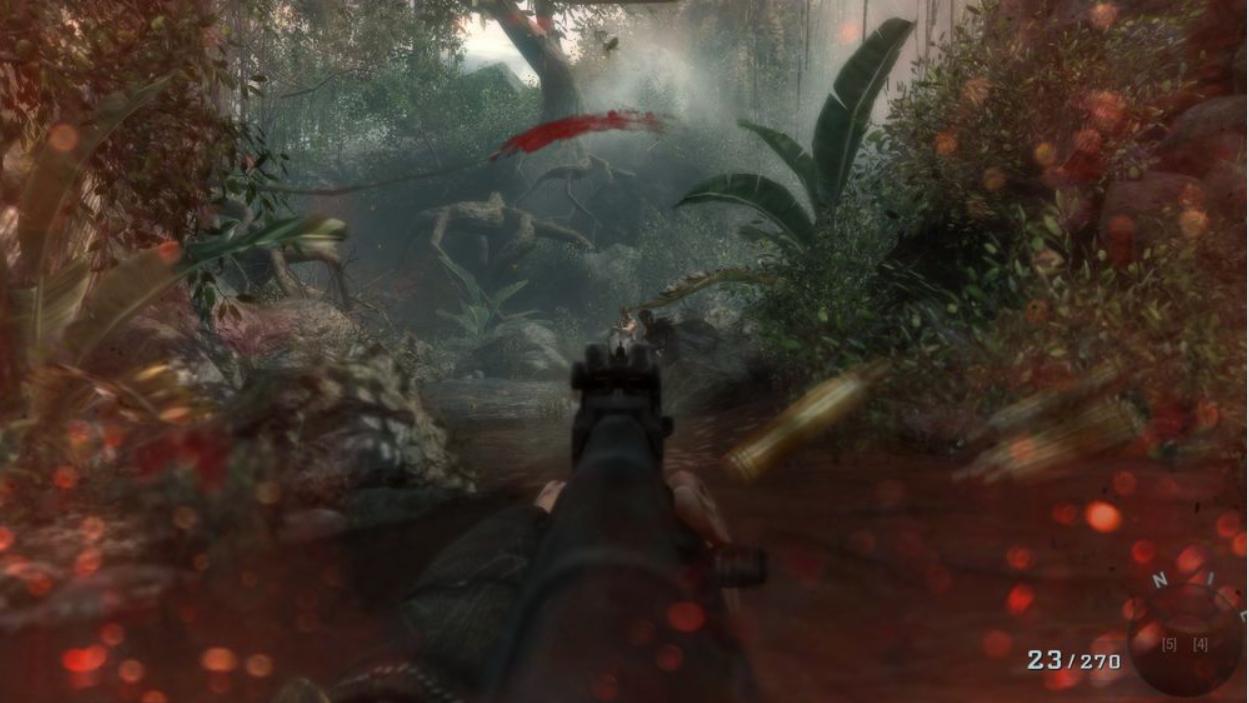 This has become a very prevalent mechanic in modern shooters, but I'm not sure if there is a definitive name for it.

I vaguely remember it being called the "blood barrel" in the game adaptation of 007: Quantum of Solace, but I never actually played that game, I only glanced through the manual a while ago. Also, Quantum of Solace came out after Call of Duty 2 (the first game I know that used this mechanic), so "blood barrel" probably isn't the original term.

This mechanic is very common, so I imagine there must be some term for it.

The mechanic of having a player's health be represented through some other abstraction than a bar or counter is common, but doesn't really have a specific standard term. We just label it as what it is, in English: a health system without an obvious bar. There's lots of different ways you could slice it, depending on the specific aspect of it you're trying to convey as important.

For example, if the important thing is that there's no easy-to-read discrete indicator of your health as a percentage or value, you may say it's an "opaque" or "obscured" health by system.

If the important thing is the visual effect you replace the discrete readout with, you might come up with a visceral name like "blood barrel" (which, I have to say, is not a term I've ever heard before for the concept in the industry).

If you think the important thing is to be going for "realism" (questionable) by making it hard to tell precisely how close one is to death, you might call it a "realistic" health system.

Generally the importance is probably with the "no UI" aspect, so you'll most often find variations on that theme. "Distraction-free," "in-world," "UI-less," "immersive" (also questionable, as your eyes are not a camera lens as they are in that screenshot). And so on.

To address some comments:

Isn't the most important aspect of this system the fact that there are no medkits or health packs to pick up?

Based on the original text of the question, no, because a system where health can't be restored by consumables is orthogonal from one where the feedback about your current health state is communicated without discrete bars or graphs, as in the screenshot and descriptions posted by the OP.

this type of health system is well (perhaps even universally) known as "regenerating health".

Yes, a system where your health regenerates is fairly universally known as a "regenerating health" system, but that doesn't appear to be what the asker is talking about. The description and screenshot illustrates the mechanic where blood smears (or similar fuzzy metrics) convey how close the player is to death, and don't speak of regeneration specifically (just healing, which is more general).

Not the answer you're looking for? Browse other questions tagged game-mechanics terminology or ask your own question.

7
What is the name for the little numbers that appear over characters' heads when they lose health?
0
What do you call the sounds that play when players place/destroy blocks?
4
What is the difference between "stealth" and "social stealth?"
33
What is meant by "System Programming"?
0
Technical term for the border that appears around the screen, usually in response to low health?
0
What to call an Object that falls only when it's collided with?
0
How do you call game mode where the time is running out and player can increase time by collecting coins
2
What do you call an image of images? (And how does it get utilized?)