I am looking for ways to improve my traffic AI for endless racing game.

Currently, I have hard coded situations where randomly cars will be spawned ahead of user bike depending on position of player.

The thing most bothering me is how to provide user challenging situations where he will feel fun to play. Good example of such AI can be found here, https://www.youtube.com/watch?v=CJozc6PA9lI

What are the ways you guys would go on implementing Traffic AI for endless racing? What's your suggestion on same.

I've never really thought about it since these type of games don't amuse me much. This is, essentially, "Frogger", except that you are travelling parallel to the enemies instead of perpendicular to them. With that in mind and having watched the YouTube you linked, here's what appears to be happening:

A minimal set of behaviors:

Combined with a bit of randomness, these deceptively simple rules should make a good game.

If this is your road: 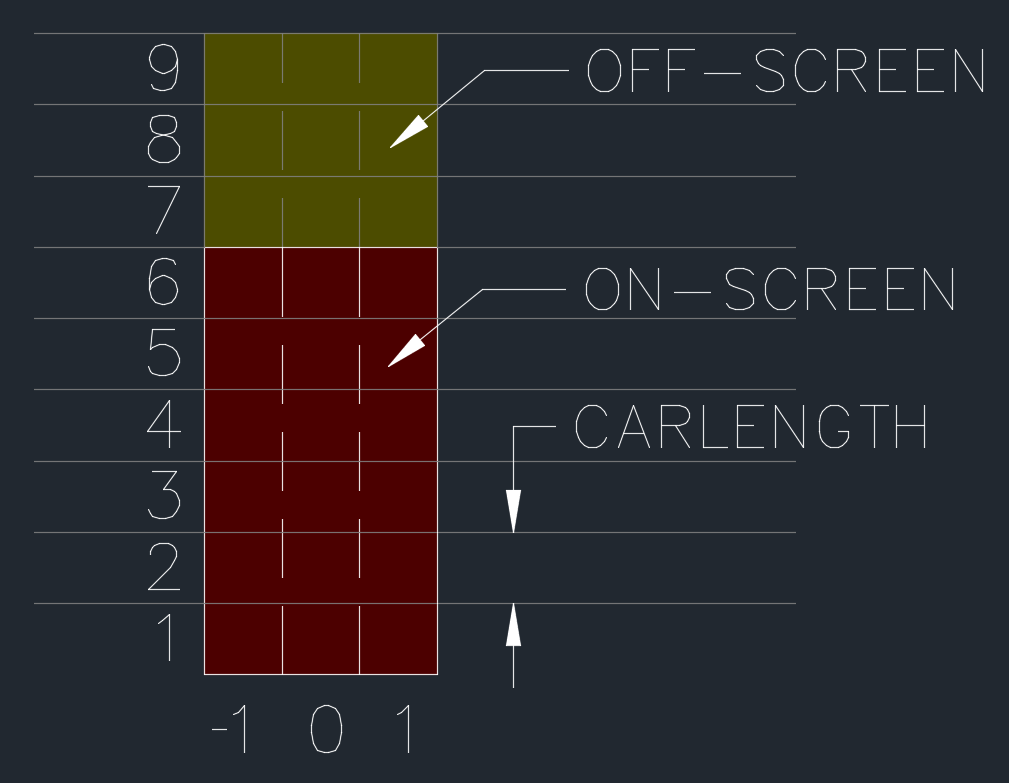 This code tries to spawn numCars enemies, giving up if it takes too long

Verify the system is working before adding a bunch of rules. The only rule I've included is that we will only spawn one car per square. The rules should be very simple (a pile of if's is fine) but it shouldn't take an enormous amount of them. Once it's working, another very important rule is to not spawn more than 2 enemies for any given Y (road block).

I ran a few "simulations" (tic-tac-toe):

All of this relies on "random" numbers which aren't actually random. If you do not change the "seed", the game will appear to be random the first time you run it, but every time after will be an exact re-play of the same "map", so to speak. You should definitely generate a new seed at game start and then, again, every X seconds, or each level; not too often.

1
Slow Update to improve performance?
0
In Unity3D, what ways can I improve the batching with a single texture atlas and four-point material?
2
Kart Racing Attack AI
0
How to create a state based traffic signal?
1
Poisson Distribution and Traffic Flow
0
How can I implement the traffic(+drawing) functionality in the game?
0
Ways to move a character in Unity