Creating a Roguelike game in C

I'm trying to create a simple rogue-like game in ncurses in a C program.

The idea here is that, I'd parse a file like this:

Where the first number is a door size(rows,columns), the second string being a door, where s = south, w = west, etc, so ds2 = door south 2 down (in the y direction).

Effectively, this looks like this when parsed, I have this: 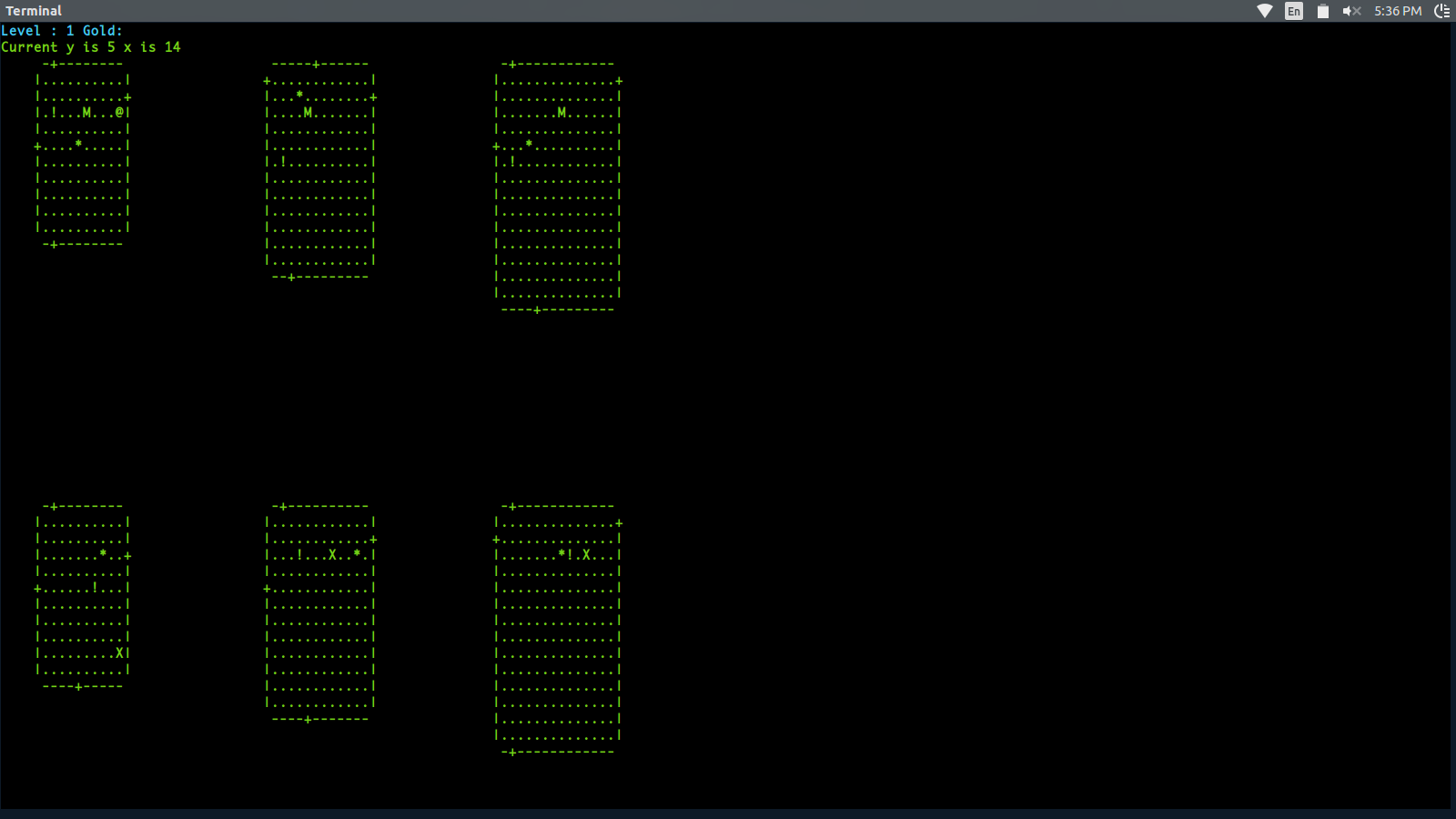 Where (hopefully viewable), the plus signs at the end of each room, are the doors that lead to another room, so in the first room, the east door would lead to the room to the right, etc.

However, this is where I'm not sure how to go about implementing my logic. I need to make it when I step on a plus sign "effectively" a door, I'd teleport the player (the @ sign cursor) to the correct door.

Okay, great I know the locations of each doors, but how would I actually mvoe the cursor to the next room.

I can't simply hard code the distance between two rooms, as that's just ineffective and would take too long.

Just to clarify, what I mean about teleporting: See this picture:

Where the user "@" symbol would move to the door (in the first room), then get teleported to the second room (12x12 room). (AS seen in the next picture) (Again where the @ symbol is the user, moving the cursor around (w,a,s,d). 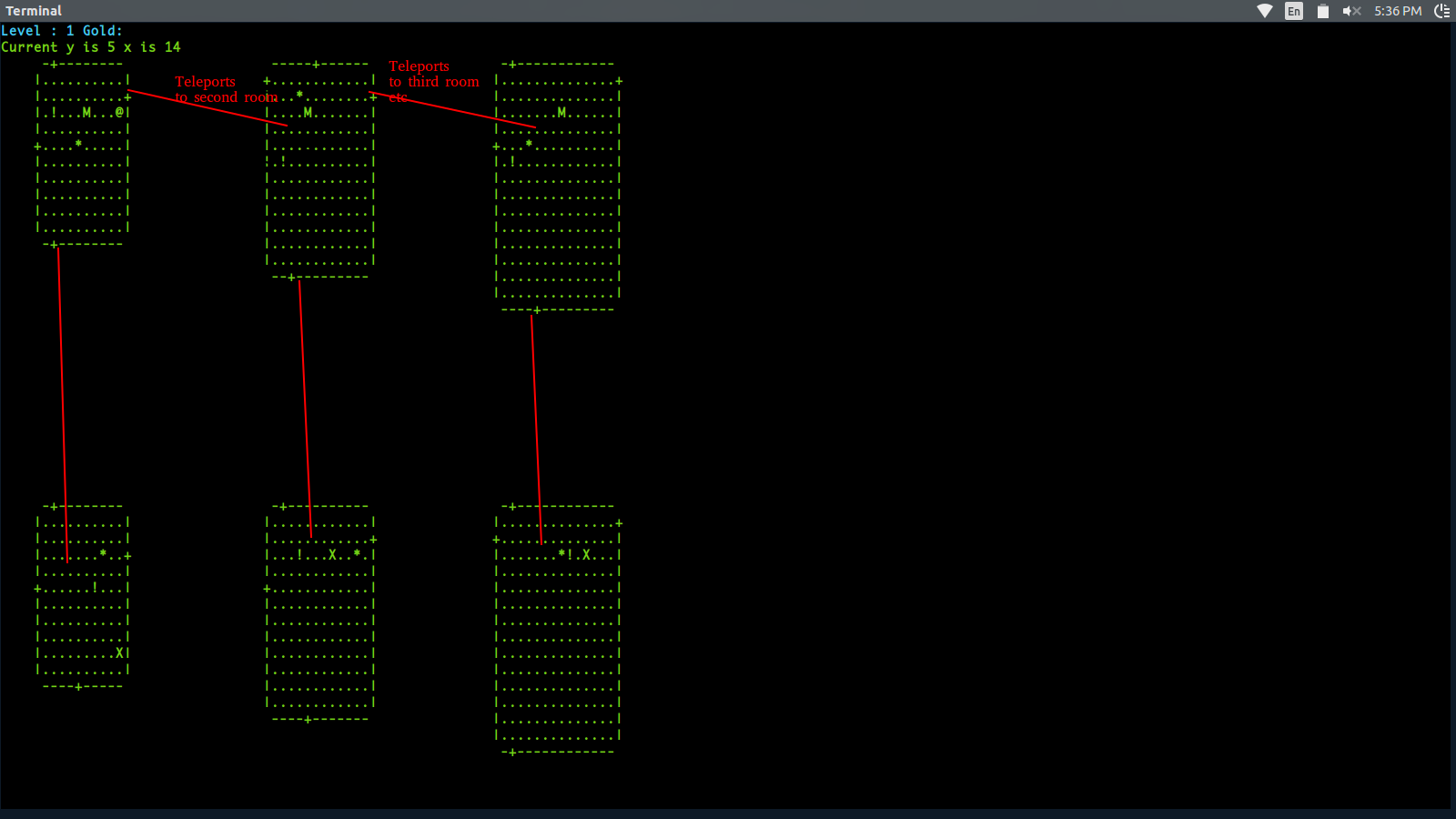 So to clarify: I need a way to move a cursor, between two rooms, without hardcoding the distance between rooms, unless there is an effective way to hard code the distances.

What you could do is save the location a door teleports to in your mapfile. For example, after the door size you could have two integers for the X and Y position of where it teleports to.

Not the answer you're looking for? Browse other questions tagged algorithm movement c logic roguelikes .

10
Longest path algorithm for roguelike maze generation
10
Reduce the number of edges of a graph, keeping it connected
5
How to place rooms proceduraly (rule based) on in a game word
2
Scaling 3D furniture while keeping the thickness constant
78
Procedural... house with rooms generator
8
Algorithm to produce 'Lady or Tiger' puzzles?
3
Rogue Door Connection logic
3
Why are dungeons so often created subtractively rather than additively?
2
What algorithm should I use to laid out pre-made rooms into a level?
3
Procedurally generating dungeons using predefined rooms