This question is inspired by my venture into the Phaser game engine but seems to apply to any engine that uses JSON for its asset format.

Phaser relies on PhysicsEditor to export and create the JSON data for its physics bodies and TexturePacker for its sprite atlases. When I learned this I found some free alternatives that look like they might do the job.

So here's the problem. These JSON creators claim their output works for a slew of different engines, but how can I be certain of that when there can't possibly be such universal collaboration between the creators of these engines? It's especially dubious considering I can't find a standard anywhere. I don't want to rely on a solution only to encounter a glitch I don't understand. I want certainty.

After a lot of searching I finally found this thread, in which a couple of posters also expressed these frustrations. The final post appears to come from the horse's mouth, explaining that there's some "industry standard" that everyone uses, but the poster doesn't seem to know where the industry standard comes from either.

So I'd really like to know, is this specification actually documented anywhere? Does it have an origin or did it just... accrete?

If there's no good answer to this question, can I at least trust the claims of, say, Physics Body Editor and Shoebox, that their exports will work anywhere?

We define the export formats for our tools depending on the needs of the framework developers - in most cases we simply adapt to formats that are already available.

Most of TexturePacker's data formats are template based - you can adjust it to whatever you need.

I currently don't remember which framework we created the format for but it was it 2011-02-14 - TexturePacker's 2.1.5 release that contained the format.

We also work close with the framework developers to add new features - which might also extend the format. E.g. TexturePacker 4.1.0 next update will contain a pivot point editor - so the format has to be extended. We'll also make sure that the new extension is used by as many frameworks as possible.

Recent additions to the format: 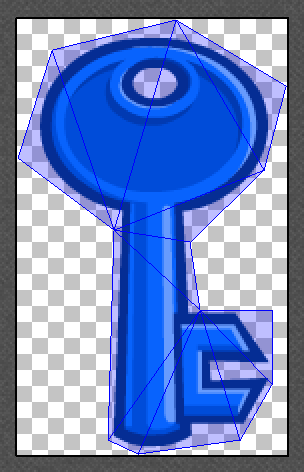 Polygon meshes will most likely not be adopted by HTML5 game engines too fast - at least not as long as they have a fallback on Canvas sprites (which are rectangular) but will work well with WebGL renderers.

But I agree: We should document the format so that people can rely on it.

Not the answer you're looking for? Browse other questions tagged assets phaser asset-creation json .

4
Daz3D for creating game assets
2
What common spritesheet formats for 2D Top-Downish Games are there?
3
Unity 5 missing Standard Assets
4
Unity 5 Standard Assets for Linux / Ubuntu
1
Licensing for assets in a game but it is free for commercial use
2
Implementing modular game control with JSON/etc. config file?
0
How to use Game Assets from Behance
1
How does one make models that are proportionate to the other game assets you've made?