I am looking forward to create a navigation volume to be utilized by AI actors.

The approach I am trying to tackle here is to first generate an octree and associate with respectable flags/data (type, what's contained for now). The octree is going to be fairly deep (up to 0.1 units).

This is the scene I am using for testing purposes: 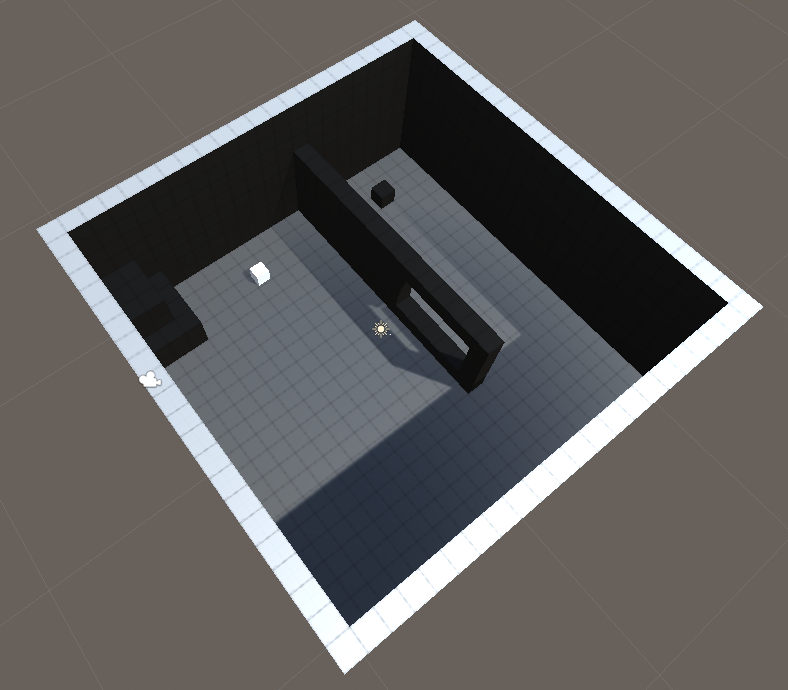 I am looking for an algorithm/concept/pseudo-code that would transform this octree into non-uniform, axis-aligned boxes derived from octants that match certain flags/data, that would, for instance, help me determine the navigation volume similar to what can be seen here (Havok): 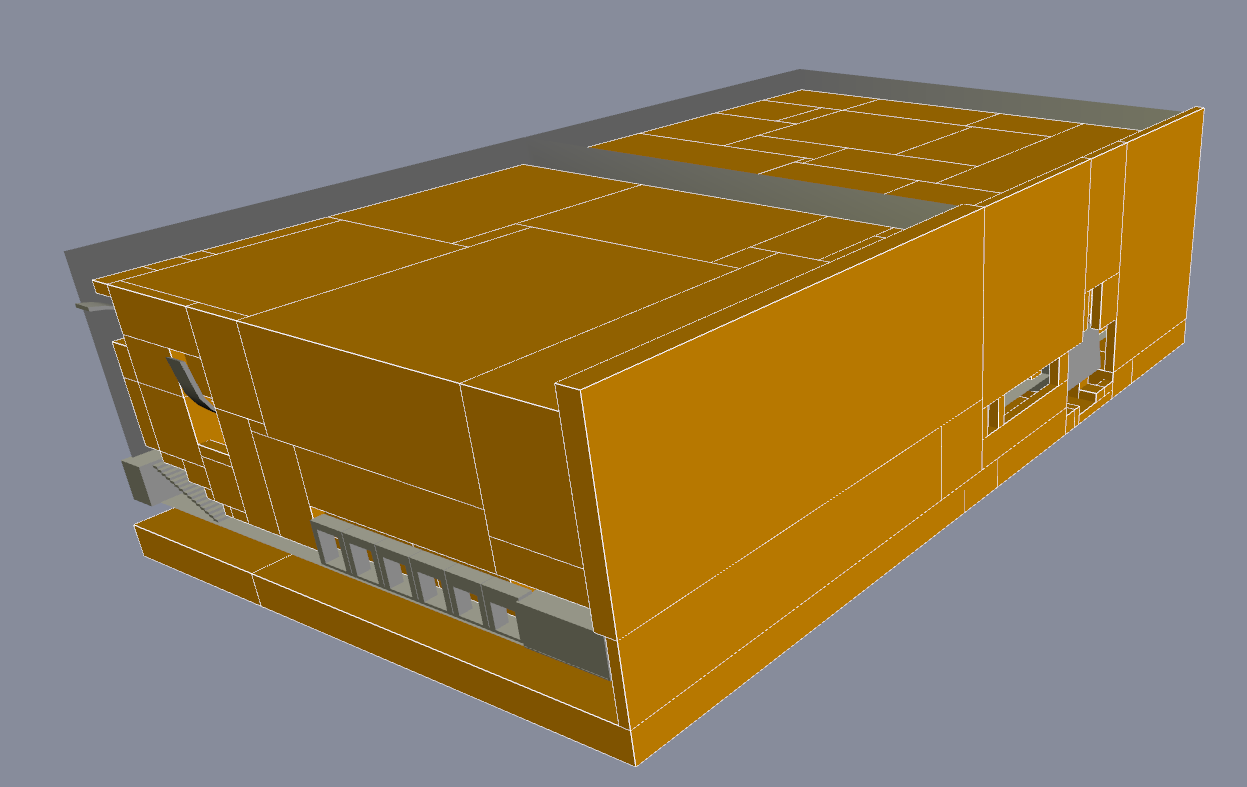 With "I am looking for" - I have a feeling of such an algorithm/concept already existing, though, I am not sure. The feeling drives me towards this being a fairly mathematical problem that resides behind a common name.

The other approach would be to utilize a non-uniform grid (creates 4356000 cells) for the detailed shape to then be expanded (simplified) down to some boxes. Which my feeling tells, would utilize the same algorithm.

As for the "what have you tried part" - well... I have googled for some time with various combinations from keywords grid, merge, cell, flags, occupied, gamedev, octant, grow, largest space, adjacent and maybe some others to no avail. Well, before pushing the Post button, I did try some more keywords and ended up with this answer: https://gis.stackexchange.com/questions/23365/how-to-combine-adjacent-polygons-sharing-similar-trait-into-single-polygon which appears to be close to what I am looking for, except that it's 2D (though, I gave the keyword "polygon" for this query). Having learned that the process is called "dissolve", I made some more attempts with various combos with added word "dissolve". And through my findings some more searches and so on... Well... nothing.

If the answer wont yield any results, I know that I could attempt this by raying the hell out of the graph by starting at either corner and flooding through it all, basically, brute forcing my way.

Is the common algorithm/concept already out there, that I could be pointed towards?;
or - what guidelines should I follow to produce such a product?

If what you mean is that you need a nav-volume with fewer nodes because the oct-tree ends up leaving you with too many nodes, the main issue behind you problem is, of course, symmetry.

Or better said, the fact octrees do not allow for asymmetric nodes. The result of that is empty space ends up being wastefully divided - either in the within a given level, or worse, having to go down to more levels.

There are, of course, ways of just merging the boxes generated by octrees into arbitrary polyhedron. But I think that before going that route, what you are needing is the same I myself needed in a similar project: the correct spatial partition tool. In this case, KD-trees. These are much more appropriate than octrees for what you seem to be trying to achieve. The reason is that KD-trees are precisely spatial partitioning that allow for irregular (asymmetric) axis-aligned boxes.

In youtube you find some examples of 3D KD-trees: https://www.youtube.com/watch?v=_mzArAN7HYc

Specifically on navigation using nav-volumes, you can take a look at:

Getting off the NavMesh: Navigating in Fully 3D Environments

Or see it in action here: https://www.youtube.com/watch?v=pq_nte8bVoE

And for gentle introductions to the many spatial partitioning possibilities, see these two slide-shows: Acceleration: Spatial trees

Not the answer you're looking for? Browse other questions tagged unity procedural-generation 3d-meshes octree or ask your own question.