Unity 5 - Time Remaining displaying in scene but not in Game

I'm currently learning game development in Unity from this course on Lynda.com. Currently I'm trying to displaying the time remaining in the game after it has been set to 5 minutes initially. When I look at the scene, I can see the text for the timer displayed in the top left corner of the canvas, but when I run the game, I'm not seeing it at all.

I made a script for a game manager which is derived from a Singleton class. The game manager contains a private variable (and an accessor method) for the time remaining. I have another script that accesses the value for the time remaining and displays it on screen. In the Unity editor, I added a UI game object for the text box and then added the text box to the GUI representation of the timer label attribute. It seems like everything should be working but since I'm still very new to this, I'm probably missing something simple. Here is the code for both scripts:

Canvas Settings in the inspector

Image of the Time Remaining displayed in the scene 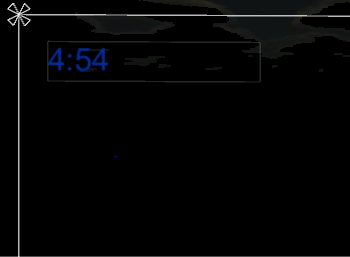 Well, there is nothing obvious problem I can find in your settings but here is my recommended settings, so you can match it, may be your problems lies in between these. 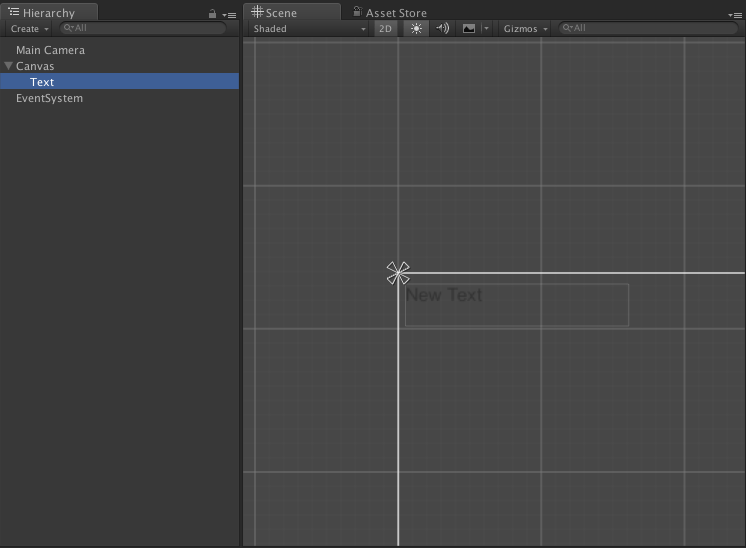 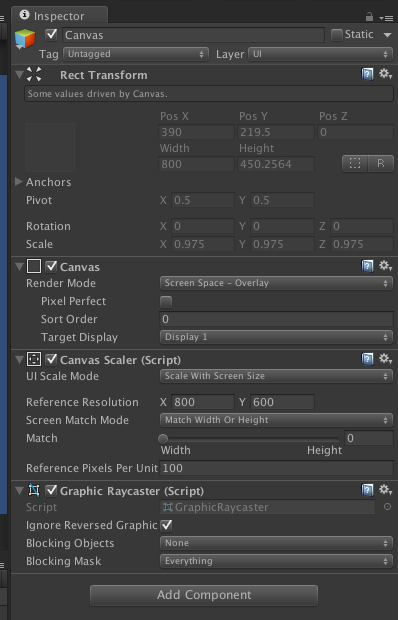 Not the answer you're looking for? Browse other questions tagged unity c# timer or ask your own question.

0
Can't consistently add to TimeSpan for Unity Game
0
Anchored Unity text ...not anchoring!
1
How to completely stop the camera from clipping into the ground
0
Managers class losing reference to Game Manager when changing scene in Unity
3
How to create a solid cross-scene game manager in the editor of unity?
0
Properly updating Singleton variables
0
Game() parametters Content and Window are not pre initialized
2
In Unity, what's a better solution than having a bunch of singleton static managers? (SceneManager, UIManager, SfxManager, PfxManager)