Issues with importing bezier curve animation (curve does not distort?)

Hi guys i'm pretty new to unity and having a frustrating issue; I've created a spear gun with an animation using a bezier curve grouped to the main gun shaft and distorted using a bone (bone relative) in blender. It works fine in blender, however when I export it into unity 5, the bezier curve does not distort and simple moves forward and back. I imported the blender model as a blender file.

I have tried pairing the model components in all the ways i can think of to see if that was the problem? I have attached the blender views and animations and what it looks like in Unity.

Is it an issue with unity being unable to animate bezier curve animations or the type of bone pairing i used??

unity animation, see the besiel curve simple moves forward and back instead of bending/distorting to look like a rubber fitted on a real gun! 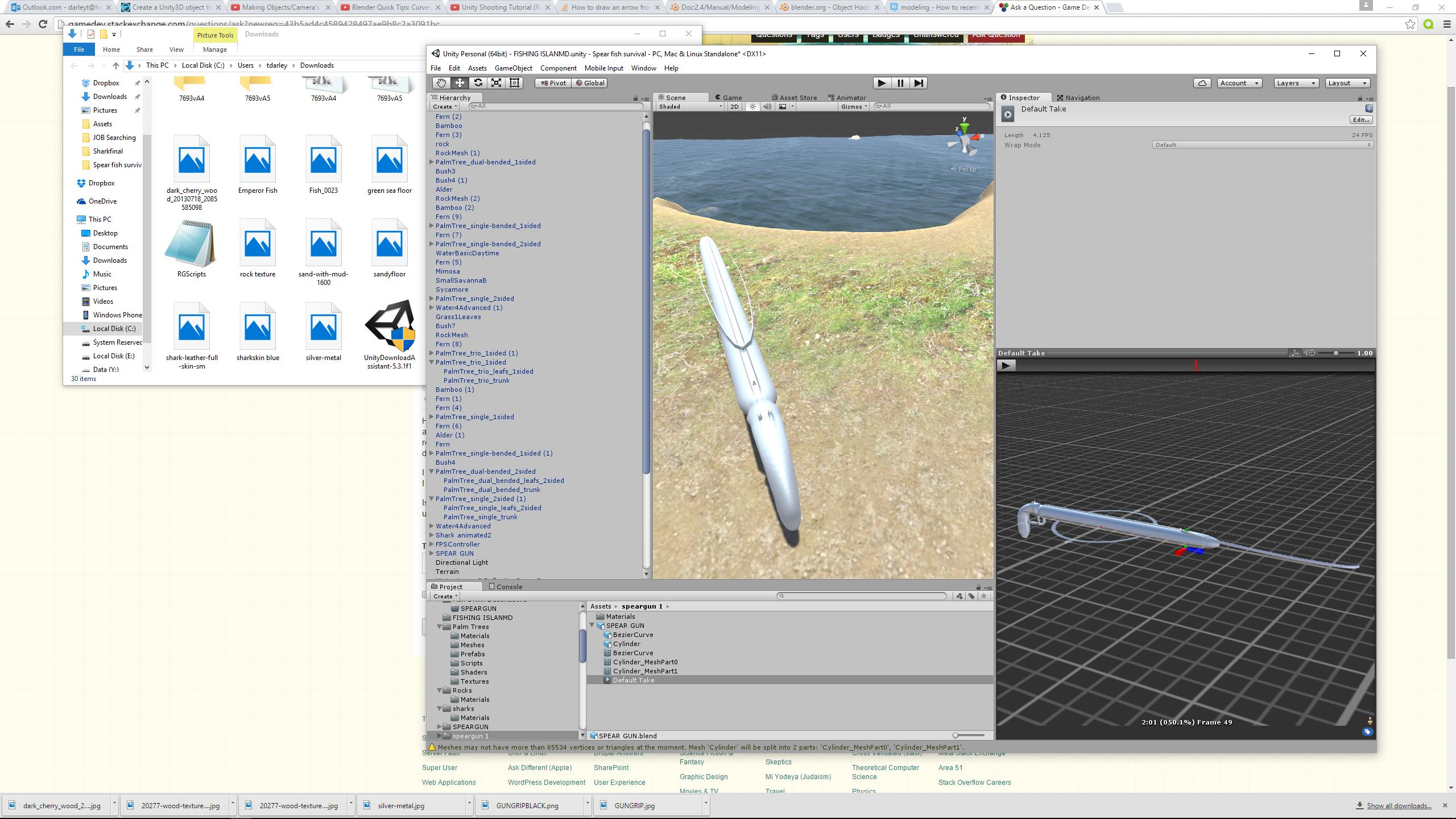 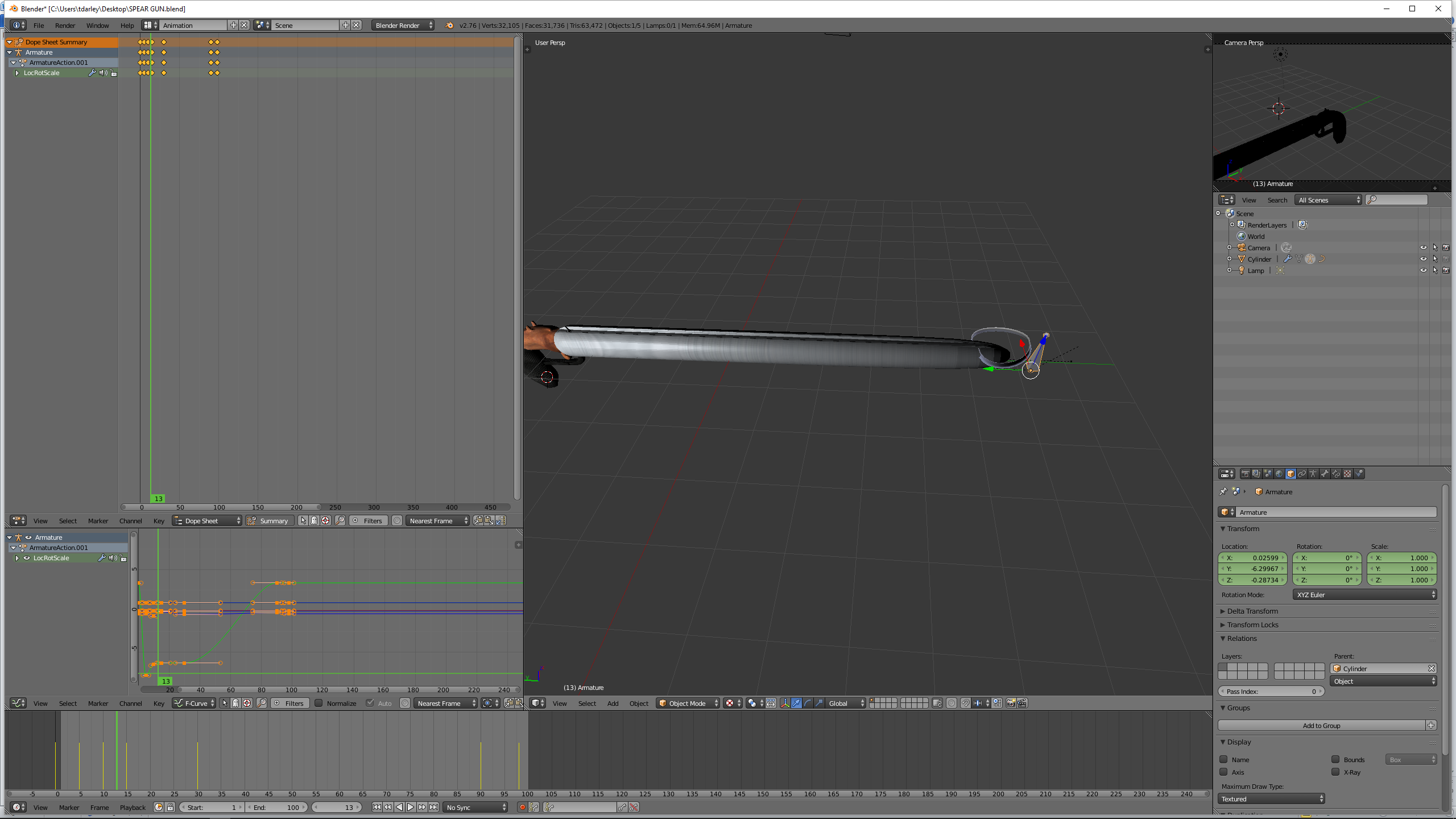 have you tried setting Animation Compression under Animation inspector to Off?

Not the answer you're looking for? Browse other questions tagged unity animation blender .

4
How to import character from Blender to Unity?
8
Animation workflow between Blender and Mecanim
0
Problem with animations from Blender
0
Head bone not found when importing .blend to Unity
1
Rotation in animation not working