Where to cast light/shadows in a 2.5D view?

I'm working on a tile-based 2D pseudo top-down/side-on game very much in the graphical style of Prison Archiect. More specifically, I'm referencing their style of drawing wall tiles where you can see the south, east and west sides of the wall at once. Here's an example from my engine: 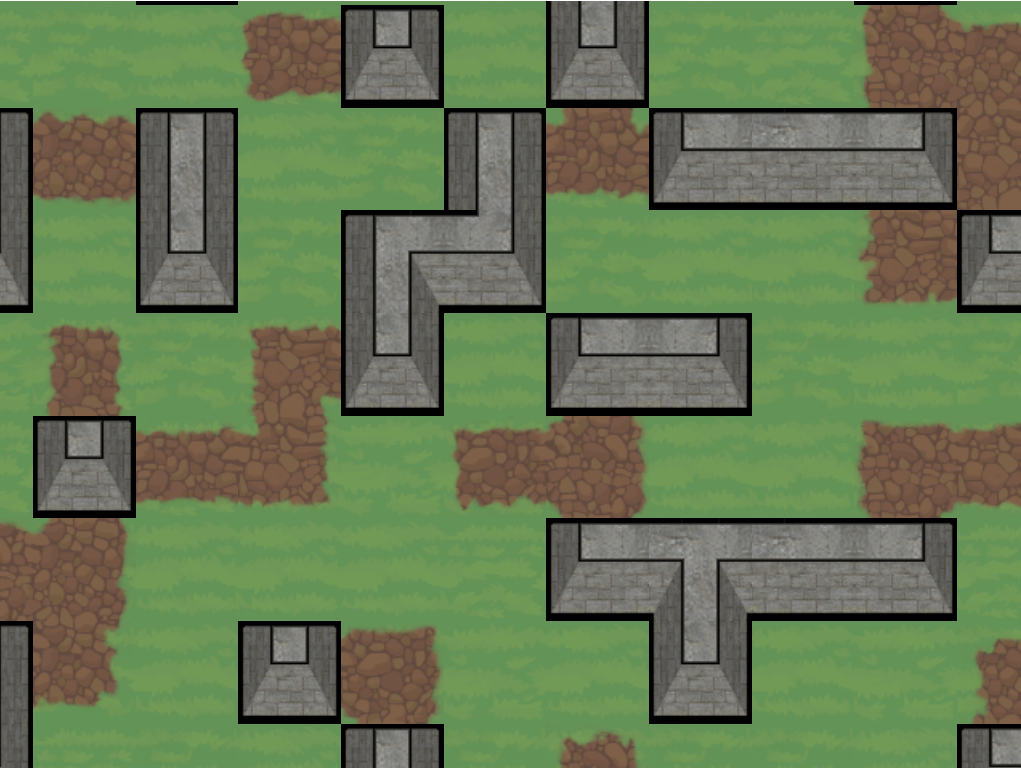 I'm also working on a pixel-based (i.e. not tile-based) lighting and shadows implementation. I'm currently struggling with trying to decide how/where to project from a light source on intersections with these wall tiles. 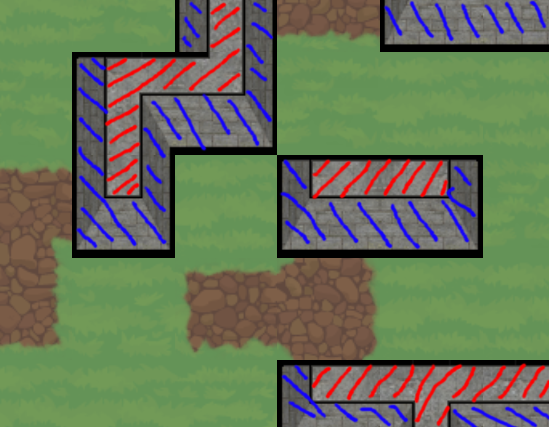 A) Only occlude light from the "top" of the wall 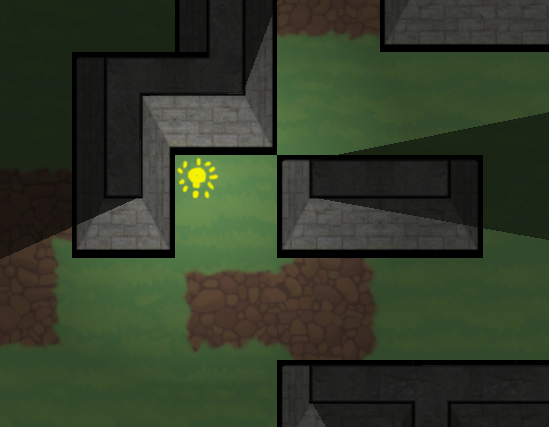 It's worth mentioning that I also plan to use UV-mapping so that only the walls facing the light source will be illuminated, rather than the pre-shaded tiles I'm using as an example. However, that would mean that the tiles adjacent to a wall in shadow may be lit and I don't think this would look quite right. Alternatively...

B) Occlude light from the entirety of the wall tile 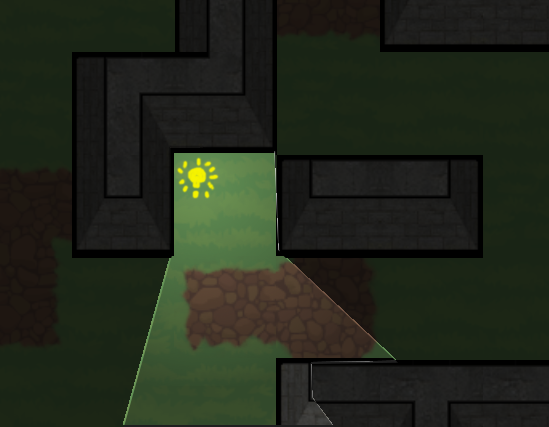 This seems more realistic for the ground tiles but does not let me easily illuminate the wall "sides".

I'm not really happy with either solution so my question is: is there another alternative which will give more realistic shadow-casting in a 2.5D view? I'd also rather keep the sides of the walls visible rather than use a top-down only perspective as I feel this would force the rest of the art into a top-down perspective, rather than pseudo side-on.

Going to try and doodle up what I mean here as soon as I finish typing this, but:

What about merging the two?

Use the second (occlude by base) for everything that isn't a wall and the first (occlude by tops) for lighting the walls?

You actually did this by accident in your second example, with the wall that goes off the bottom of the image. Extending this to the remaining walls won't be perfect, but it would allow some lighting of the walls that will look pretty decent. 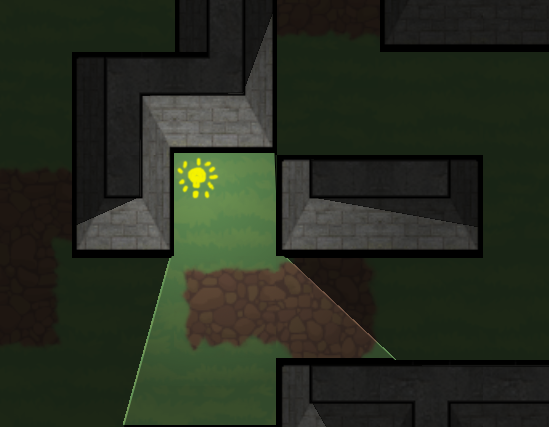 I won't be able to make an image for you, but one trick you could do to figure out if a piece of wall should light up is to take advantage of the 'alpha' channel for determining the direction the pixel is facing, as opposed to the opacity of the pixel.

You could then determine whether the pixel should be lit between the light source and the facing of the wall pixel (alpha value). Flat Shading in 3d rendering is a cheap and effective method that usually uses a similar algorithm using the normal of the plane and the light source's position/color. In your case, the normal is interpreted from the alpha, but you could use a similar algorithm, resulting in very 3D lighting for a 2D game (which is probably overkill but still cool, in my opinion)

You could scale a value of 0.00 to be facing down (or whatever direction you prefer) and the value of 1.00 to also be down, as if the direction had rotated 360 degrees. This means the value of up is 0.50

If you plan on including the top of walls or the ground you may even scale it a few values short, and keep specific reserved values to mean top or ground.

In fact, if you needed it to be as simple as possible:

which then leaves plenty more values for other situations.

The drawback is that you are taking over the alpha channel, which generally relates to opacity. This means both that your engine may take some modifying to ignore alpha, and, if you do need an alpha channel, you can't do this method directly.

I don't want to take anything away from @Draco18s' answer, but I went with his suggestion (combining the two) and ended up putting together a demonstration video on how it's done (for those interested) at https://www.youtube.com/watch?v=Cabl0LMmlgY

In addition to the quick sketch that he added, I ended up using normal maps on each "face" of the wall so that if there was any "bleed over" light, the angle of incidence means that it isn't illuminated.

Not the answer you're looking for? Browse other questions tagged 2d tiles lighting shadows 2.5d .

1
Collision Detection for sidescrolling Tile based Game
0
Ogre: Light not reflecting correctly
7
How can I achieve smooth shading / glow from one tile to another?
1
How to combine tiles in a procedurally generated level in 2D tile based maps?
1
Strange Light Angles in Unity
0
How to get light level (brightness) of a particular location?
0
How to make a shadow-casting day/night system in 2D URP?