Why does Unity launch Visual Studio but opens files in Notepad?

In Unity 5.2.0f3, when I double-click a C# script, it effectively launches Visual Studio Community 2015 but then opens the source code file in Notepad instead of inside the Visual Studio IDE.

Well, it is not a matter of Unity. In fact, Unity sends the file to the Visual Studio and it is Visual Studio that re-sends it into a NotePad.

The reason behind is that VS does not open all the files. The file I was trying to open is legacy source code that, for some reason, did contain the ASCII ETX character (0x03) in it.

In fact, the error can be repeted without unity at all and playing only with the filesystem and the Visual Studio.

I just started by making a drag-and-drop from the Explorer into the VS, like this: 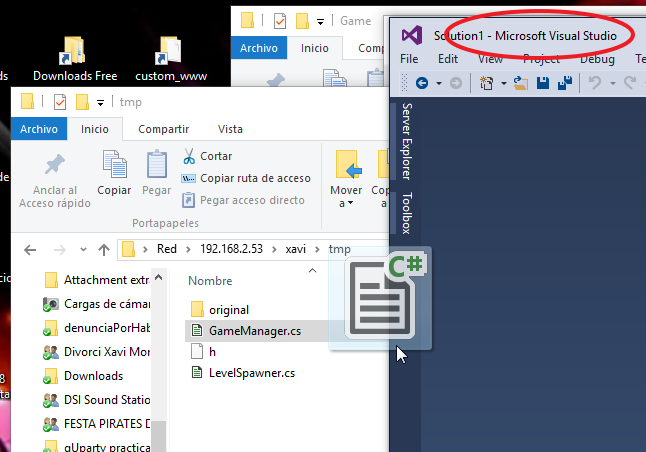 Visual Studio finds the file as "invalid" and does not want to open it. So it launches Notepad: 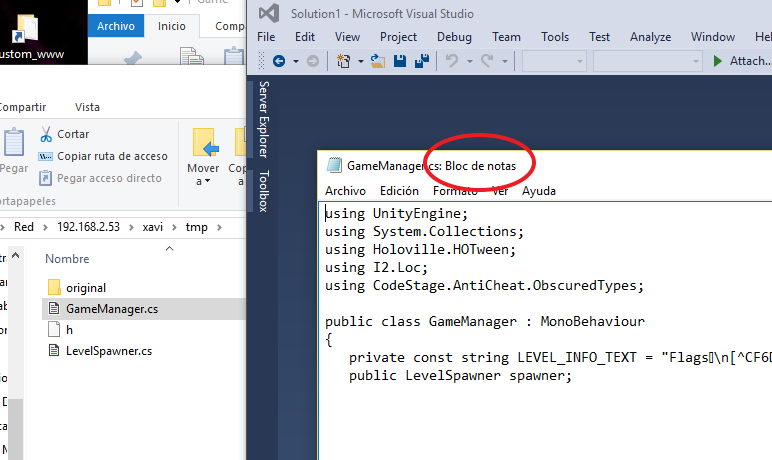 You can see it directly starts with the text using. This is what the file looked like (dumped with OctalDump dumping "hexa" in one line and "ascii" in the other, in a Linux machine): 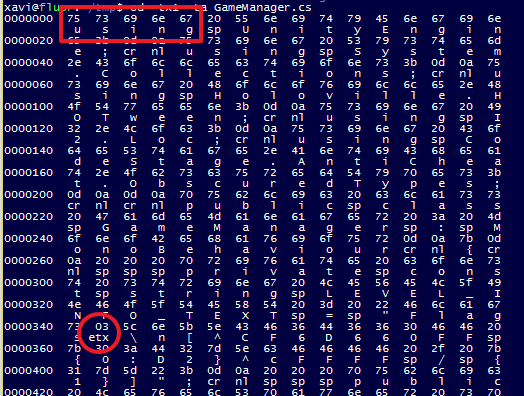 You can see it really starts with the text using at byte 0. You can see the rare character there (0x03, ETX).

I then opened the file into Sublime Text. You can see the ETX there in the middle:

What then I did is to tell Sublime to add the UTF-8 BOM header into the file, so it should be, at least, "more compatible" than finding weird characters without telling anything. 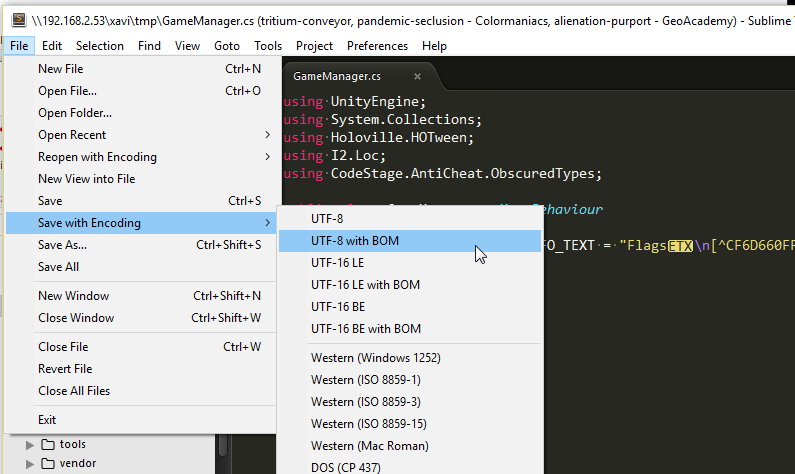 This is what the file looks like now in a hex dump: 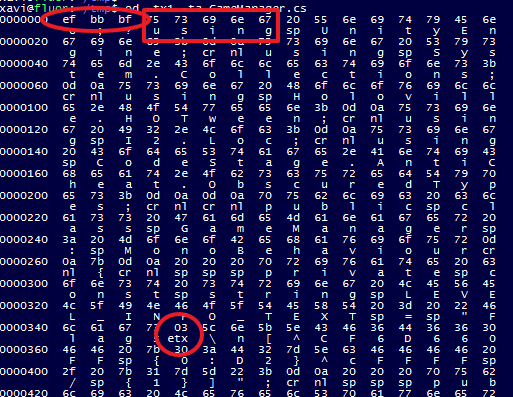 So you can there see first the BOM header at bytes 0, 1 and 2, then the using word starting at byte number 3. Still you can see the ETX invalid char there inside.

Now, you drag-n-drop the file into Visual Studio, and it opens it:

Finally, and for the sake of testing, I just duble-click within Unity and yes, it opens within Visual Studio: 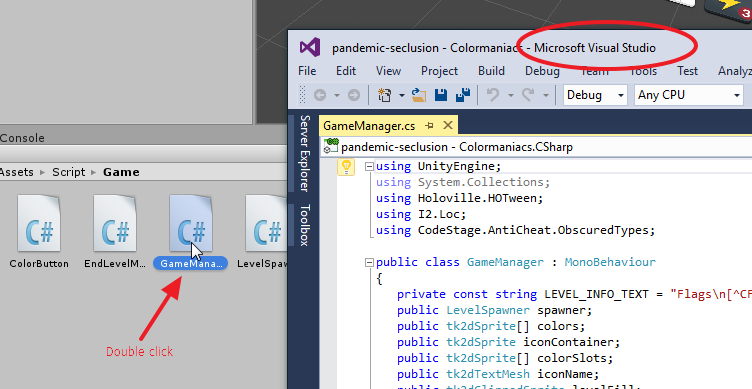 If I remove ALL invalid characters from a file, then, even if the file does not have a BOM header, VS properly opens the file. But as this is legacy code and I don't know why another coder put the ETX there, I can't just remove it and let it go... I need to keep the source as untouched. So adding the BOM was the solving solution.

It happened to me with the ETX invalid char, but I guess this is extensible to any non-printable basic-ascii127 character.

In summary, if the security context is different, it will most likely cause this issue as well.

i had this problem with Unity 2020.x and Visual Studio 2019 (happened after testing Rider editor and then switched back to VS)

*Nevermind: it still opens with notepad after restarting Unity

1
Unity solution not compatible with Visual Studio
1
Unity launches both Visual Studio and Monodevelop simultaneously
3
Synchronization problem with Visual Studio 2017 and Unity 2017.1.1f
5
Why is the IntelliSense not working when I open a new script in Visual Studio?
7
No project in visual studio using unity created
5
How can I launch Visual Studio via a double-click on a C# script in Unity?
0
Prevent VS Code opening the Unity scripts twice
0
Script Component not Being detected by Vuforia's Default Trackable Event Handler Script