I've created a textured cube in Blender, which I have uv-mapped like this: 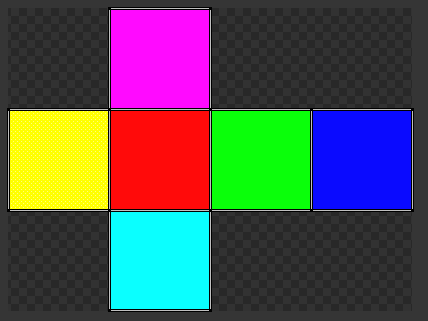 I think I understand why this happens, because the uv-coordinates are exactly on the edges, and thus two faces sample from the same points along an edge.

I could solve this in some ways:

My question: is there a better proper way for achieving this?

So, about half a year later I still have issues with the seams. I've tried many things:

With 32px edge padding it actually gets a lot better, but it still isn't perfect, I guess I could go on and try even more padding, but my textures will get bigger and bigger.

I understand now that it is the mip-levels that are causing the bleeding. At far distances I don't think this is a problem, but I can see this occuring just about 5-7 units away from the player, if the player is looking down.

I believe there is something trivial about this that I'm missing. This is really a showstopper for me, forever grateful to the one who helps me solve this.

This is how I have edge padded my texture (lines not visible on real texture), the problem does not only occur when the faces has such extremes distinct difference in colors as this one. It also occurs when the faces have patterns. 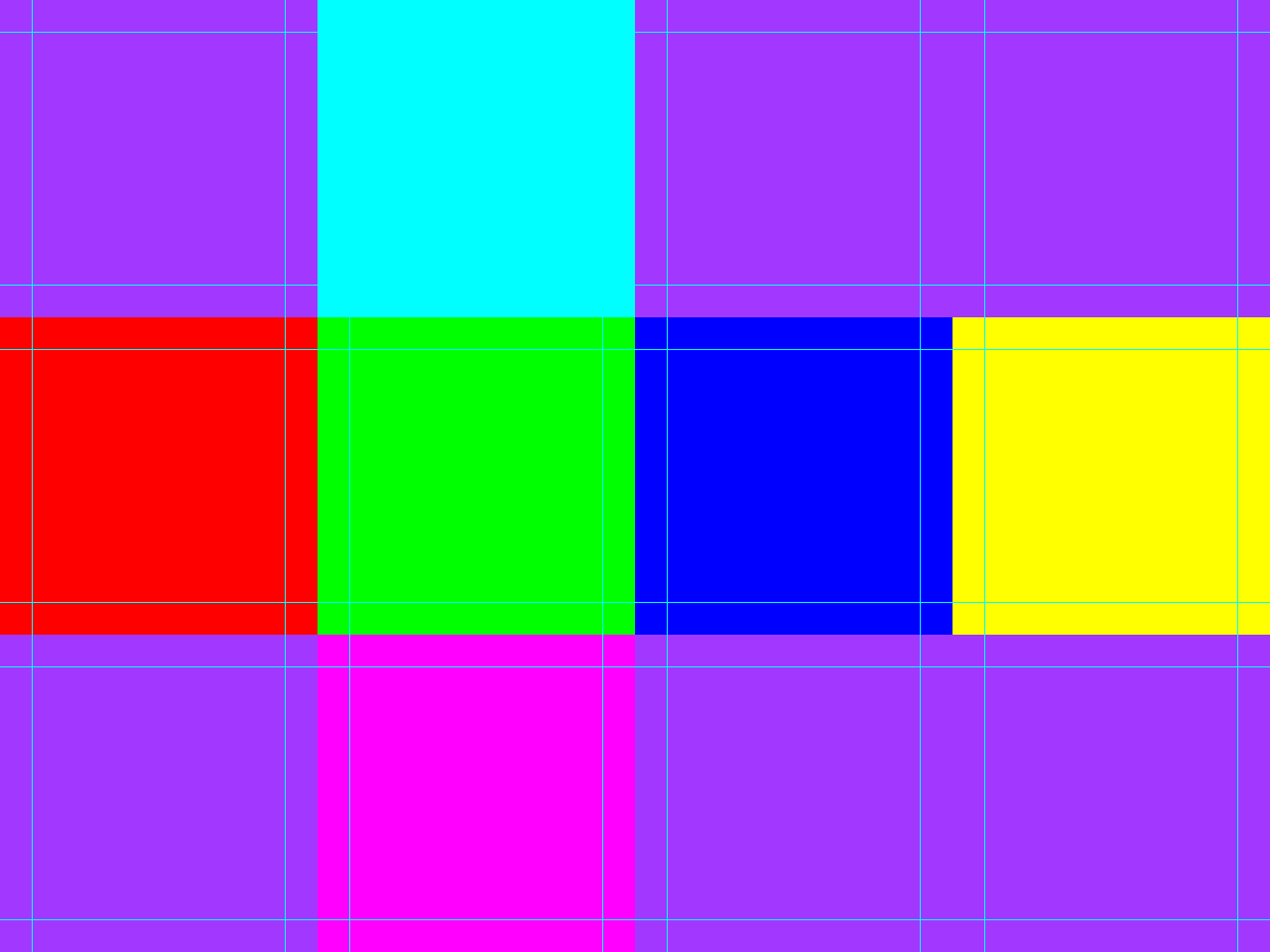 I would say Edge padding.
(Even if you have disabled MipMaps)

If the ‘gutters’ (blank areas between UV’s) have colors/transparencies that are very different from the colors inside the UV’d areas, then those colors can ‘bleed’ together which creates seams on the model. This problem will also occur when neighbouring UV shells have different colors; as the texture is downsampled eventually those colors start to mix.

I had the same problem with a very simple labyrinth I made. I tried playing around with the quality settings (Edit > Project Settings > Quality) and switched between them. I noticed that the seams were present exclusively when it was set to either "Beautiful" or "Fantastic". The main difference between Beautiful and the next best setting ("Good") was the fact that anti-aliasing (2x MSAA) was on. Turning it off for every quality setting solved the problem.

I plan on trying out another AA solution than Unity's. I read that Valve's AA (used in The Lab) is supposedly very good for VR.

Note: yes, in my labyrinth everything is vertex-snapped.

Use a separate texture for each surface of your cube. That way there is no way they can bleed into each other.

It would also be more memory-efficient to use six 256x256 textures than one 768x1024 texture, because in your large texture, 42% of the pixel-space is wasted.

It also allows you to apply different shader settings on each surface. This might be interesting when you start to use more complex materials than just single colored textures. It also allows you to highlight individual surfaces with shader properties. If you want to keep using single-colored textures, you do not need a texture at all because you can simply implement the material of each surface with a textureless material.

I had the same problem and it was resolved by making sure Unity treat the alpha as transparency.

Click on the actual texture, in the inspector, the texture type was "default" so I had to manually check "Alpha is Transparency".

AFAIK i solved the issue after some time and puzzling, perhaps waster 50 hours to solve it, becaues i was told that my problem was inside the game engine not the graphics card.

So... keep all cubes on zero zero zero, edit their vertex positions, rewrite all the vertices to the new positions you want the cubes to be in, otherwise the seam positions in the graphics card differ microscopically.

Its a weird error inside Unity that no one else than me knows about because i am a lame coder who never managed to code a game but i am basically a genious:) mark me down.

Not the answer you're looking for? Browse other questions tagged unity textures blender uv-mapping .

50
How to avoid texture bleeding in a texture atlas?
2
RTS Voxel Engine using LWJGL - Textures glitching
2
Generating a UV map for a procedural mesh
2
Allow a Player to Navigate the 2D surface of a 3D mesh
0
Artifacts at seams between meshes in Unity in isometric camera only
0
UV mapping. Texture blurry and overlapping. Unity3d