I modified the 3rd person example skeletal mesh to a simplistic model in 3DS Max 2016 student edition, by deleting all but one faces and building thereon, thus leaving the hierarchy just as it is needed to re-import to UE4 without any changes and without touching the skin modifier.

In Unreal, the problem appears upon animation, where a vertex from each hand, and one from each foot, is stretched to the ground, and in Persona I see that it's the ik_hand_l and ik_hand_gun bones, as well as the two IKs of the feet, though due to overlapping names I can't make out the entire bone name.

Another issue I successfully dealt with was the model flickering, as suggested I deleted the physics asset and that was corrected, it seems to be a frequent problem so I don't think it's particularly related.

Here is the related post in the Unreal Engine forums with an image of the problem. 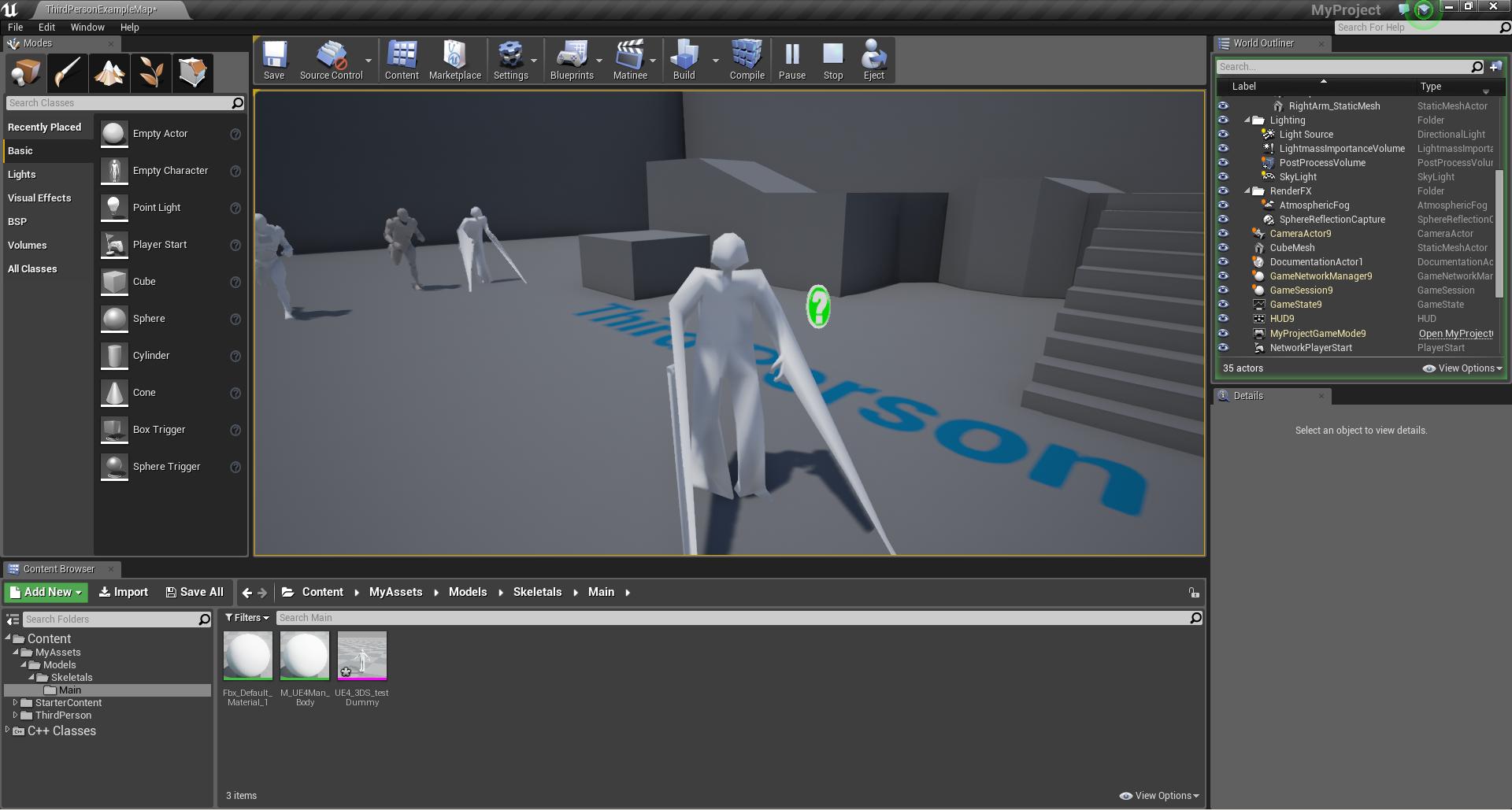 Though there were a few vertices attached to the IK bones, the problem eventually proved to be that some vertices were not weighed to any bone at all. For reasons relating to the implementation of UE4, the mesh and skeleton are placed facing down and the bones placed the vertices to their appropriate position during animation playback, thus the vertices not associated to any bones remained on the ground.

Not the answer you're looking for? Browse other questions tagged 3dsmax skeletal-animation unreal-4 or ask your own question.