How can I “squeeze” a game object when it is pressed between two others?

I am trying to "squeeze" a game object when it's pressed between two other objects (e.g., "squeezer 1" and "squeezer 2," below) that continue to move towards eachother.

I wish to reduce width of the object so that total area of the game object is maintained while still being between the two squeezers. 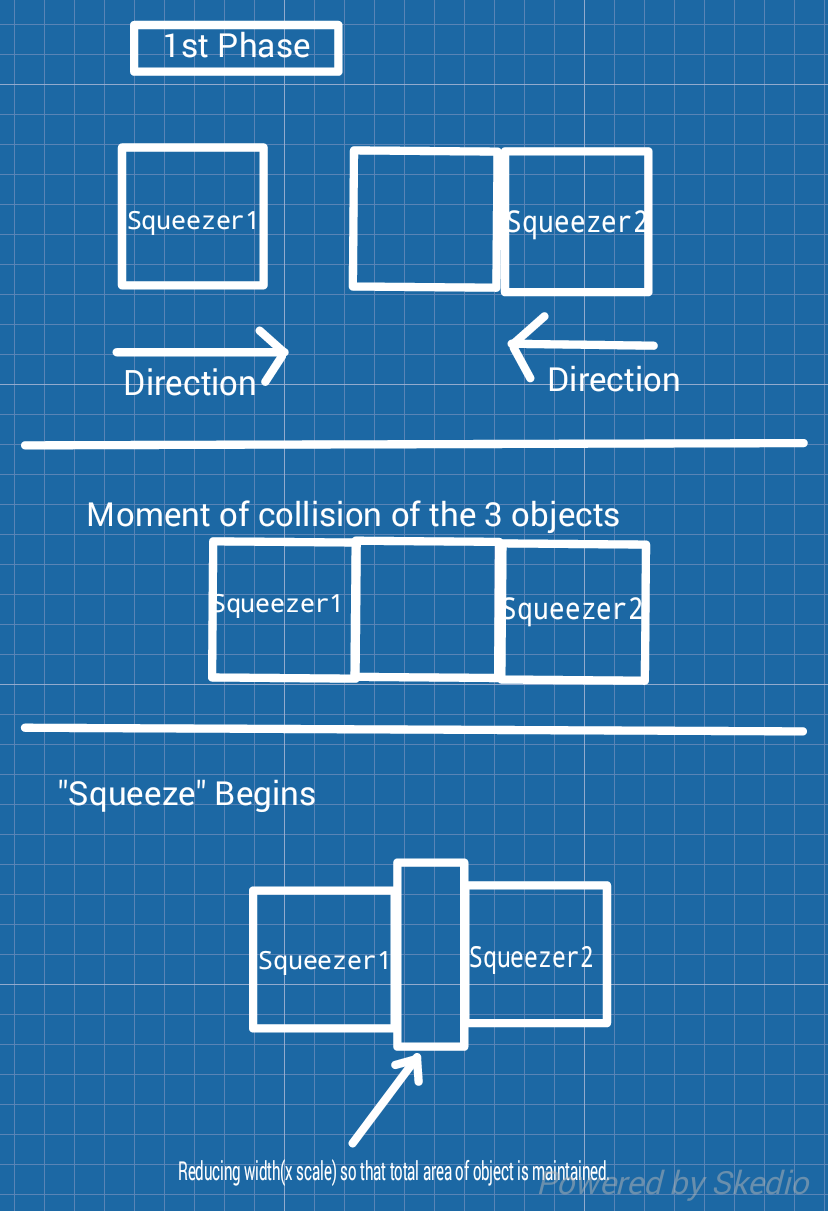 How can I achieve this effect?

This effect is very easy to produce in Unity using a couple of Box Colliders, and some basic math. The effect will ressemble the following:

This is a very simple model for this problem. First you need 3 gameobjects added to your scene. Each object will contain a BoxCollider2D and a RigidBody2D with gravity removed.

The blue boxes just have a simple update method to move them in a static direction, for the purpose of the demo.

The orange box, checks if a collision is currently occurring. If it is colliding, Unity automatically stops the objects from overlapping each other, as they already have a BoxCollider2D attached.

So to start, calculate the total area of your orange box:

Then, determine if it is being pushed on both ends at the same time:

Then, if it is being pushed on both ends, Squeeze it so that it alters its shape:

Hoping this helps out someone else that would like to figure out this problem.

Not the answer you're looking for? Browse other questions tagged c# collision-detection unity or ask your own question.

2
Get object length and width divided by two?
6
Collision detection between draggable object and world objects?
0
OnCollisionEnter2D incorrect contact point?
3
How to resolve collisions when using ray-casting to predict the location of future collisions?
0
How do I get the position and rotation of an animated object in Unity?
0
Disabling object OnCollisionEnter and Enabling it On Collision exit
5
How to rotate a parent object while rotating a child object to a certain angle using coroutines
0
How can I decide when the scaling will be enabled or not depending if switching cameras at the same time?