how can i make my game more intuitive without a tutorial?

i am currntly working on a mobile game app. the game details a tree with several branches on which diffrent types of birds fly and land on. every bird has a diffrent weight and the purpose of the user is to balance the weight on each side of the tree before the branches break. i attached a screen shot of the game, and i hope someone will have a suggestion on how to make the concept of the game more understandable to users without having to let them do a tutorial. second, what would be your guess about the purpose of the game when you look at the screen shot? and third, i was hoping to add a bending feature to the tree that will enable the user to save the tree by actually moving his phone but it is problematic when the design is made with pixel art - any other thoughts? 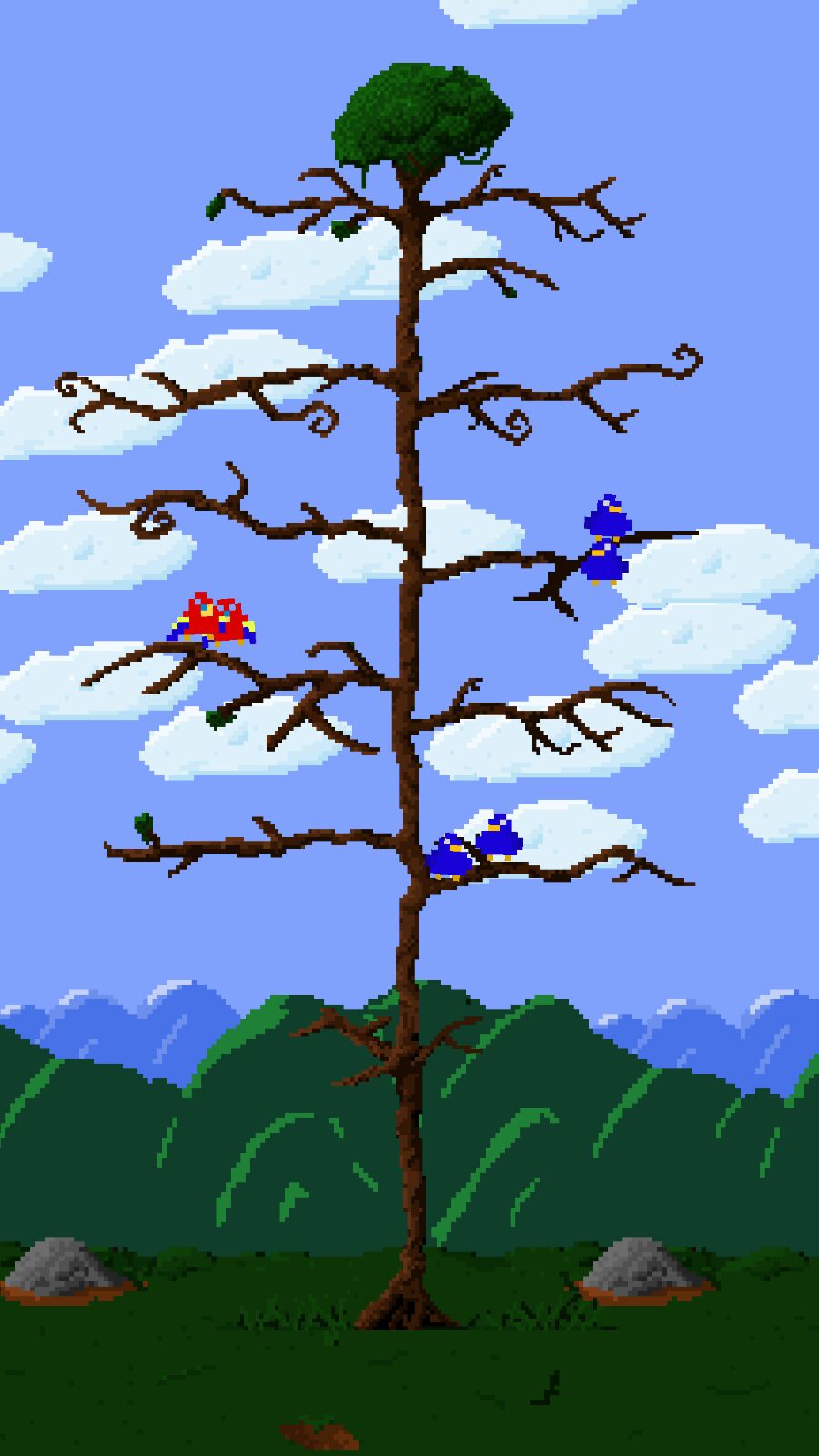 A few ideas I had that were too long for just a comment:

1) Maybe have an opening scene before the user enters the first level that displays several birds attempting to sit on one branch and then the branch starts to break and the tree starts to fall so one larger bird flies from the branch to a different branch on the other side of the tree and this everything. Kind of a tutorial but with no text.

2) Definitely have some sort of branch bending animation like I alluded to in point 1. This would allow the user to realize that they're putting too many birds on one branch.

3) Bad sounds. Like creaking of the tree as you put too many birds on one side or the other.

4) To go with sounds, this would be very tough but you could have music that seamlessly gets more faster-paced/scary-sounding as the bird placement gets more precarious.

5) Maybe phone vibration that has increases in intensity as more bad stuff happens.

Just an idea a friend of mine thought of: You could include levels where there is wind and the birds become necessary to prevent the tree from falling. Just an idea. Oh! And you could have an animal scare birds like a cat that climbs the tree that throws off the weight so the user needs to re-balance the weight without getting the birds eaten by the cat. Again, though, your game.

Not the answer you're looking for? Browse other questions tagged game-design animation or ask your own question.