How can I reduce render time on scenes with lots of UI component?

I'm looking for a way to reduce rendering time for my Game Over scene. A quick look of the scene components is like this: 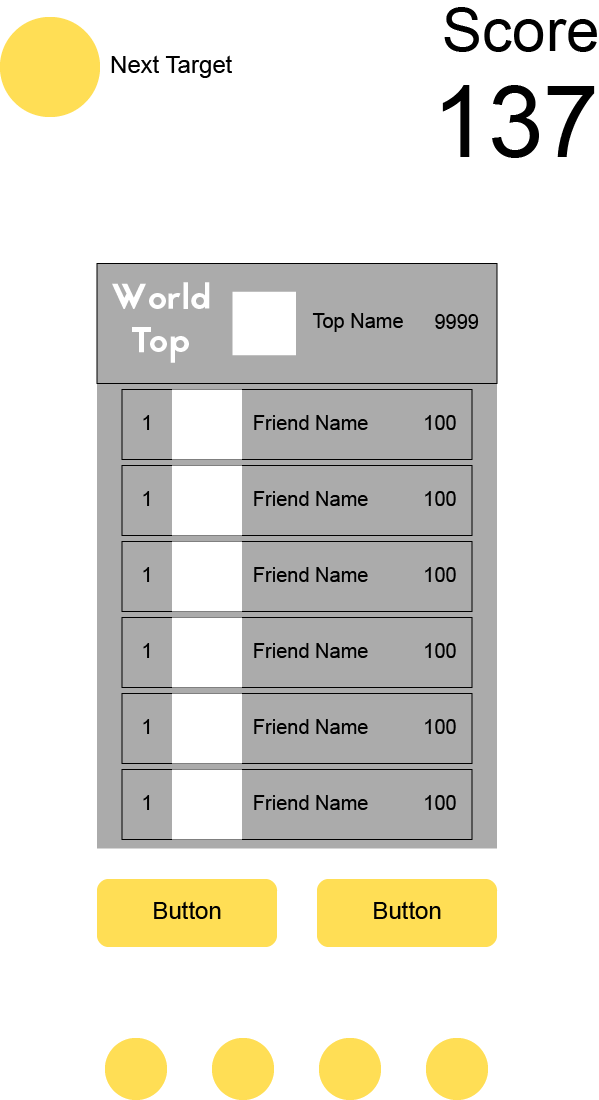 All yellow objects are UIButton, texts are all UIText, white areas are all UIImage (including the background). The friend list is a Facebook friends list contained inside a Scroll View. All object are inside a Canvas that resizes to the camera.

I noticed the problem firsthand when playing the game on Android. This game over scene is running at 15fps (while the main game play scenes are all running at nearly 60fps). The phone is a HTC One. On my cheap LG phone the game simply crashes at this scene.

The iPhone5 & 6 on the hand is quite interesting, fps show no real difference between gameplay scenes and the gameover scene, both running smoothly at ~120fps. Still Camera.Render() was taking 40~50% of each loop in GameOver scene vs ~20% on GamePlay scenes.

Quite strange considering the fact that HTC One specs and iPhone 5's are quite similar.

I think the problem is because of the large number of UI Components on the GameOver Scene, since sprites on gameplay scenes are all batched (it's a 2d game). So I suppose I must find a way to reduce draw call on all those UI components. I thought this should be a common problem, but strange enough I've been searching for weeks without a sounding solution that actually work.

TL;DR; Question: Please guide me to reduce rendering time on scenes with lots of UI elements.

Browse other questions tagged rendering unity or ask your own question.

0
How can I switch two GameObects in an array in Unity?
2
How to create realism similar to scenes rendered in Vray?
2
Help understanding camera/scene Unity
0
Managers class losing reference to Game Manager when changing scene in Unity
1
GPU (render time) increase if screen size increase
2
How can I display a 3d object and my player on a canvas?