I'm trying to convert my game's camera system to use world space coordinates rather than OpenGL's default normalized device coordinates, however in doing so my sprites are being rendered improperly as you will see in the image below. Using GLM as my math library I have created a 4x4 orthographic matrix with the following code:

The issue, as you will notice, is that the sprites are rendered upside down, and I can't seem to fix it without getting rid of my translation math and going back to normalized coordinates. 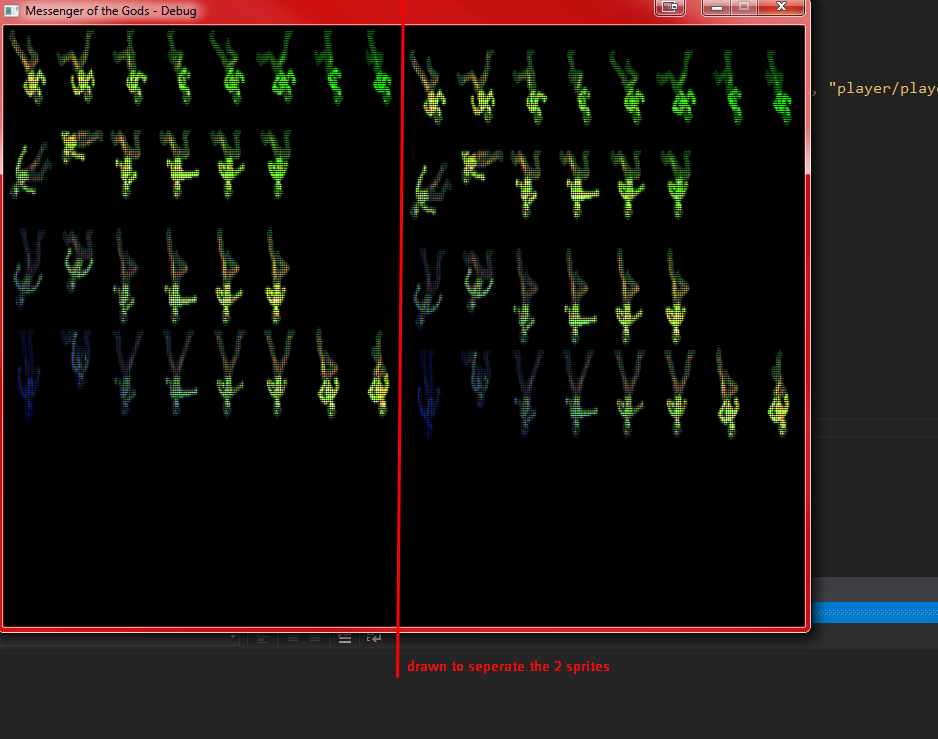 Looking at the documentation it says glm::ortho takes left, right, bottom, top, in that order as it's parameters. You are saying that y-value m_screenWidth should be at the bottom of the screen while 0.0f should be at the top. This has the effect of flipping the y-axis if you expect the coordinates to have their orgin (point 0,0) in the bottom left. The bottom left now have the coordinates (0, m_screenWidth) instead.

If you want the origin to be top left however, then you are already doing it correctly. So then what you are probably doing wrong is either drawing the quad upside-down, have upside-down texture coordinates, or loading the image into a texture upside-down.

Not the answer you're looking for? Browse other questions tagged opengl c++ coordinates glm projection-matrix or ask your own question.