The way the program is supposed to run is basically, a character can be running/idle and if spacebar is pressed, all movement stops and movement controls are locked through the bool "canMove". The integer shockwave is a 1-4, directly correlating to the direction 1-4 (1 = north, 2 = east, 3 = south, 4 = west). Then, the animation plays and when it is over the controls are unlocked and you can move freely.

The problem I have encountered is, I can find no way to specifically tell when the animation is ending inside of a blend tree. I cannot find a way to allow the animation to play, and then continue to unlock the controls.

Since this site won't let me post more than three links, I will have to describe the animator window. Basically I have four idle states (N, E, S, W). Each motion is a blend tree, and each state is connected with a transition purely based off of int direction. 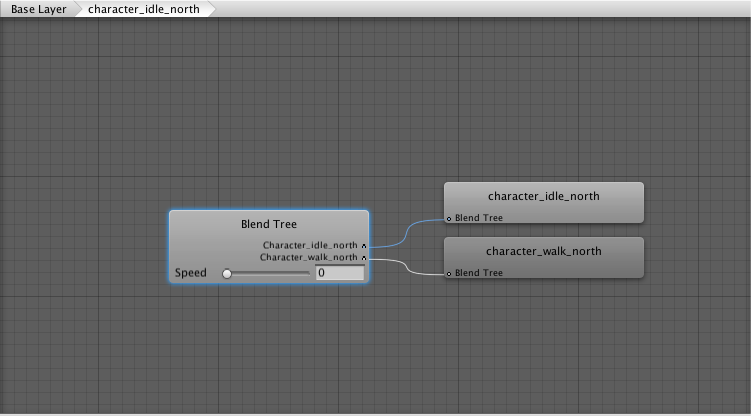 This is where I tried adding another motion to the blend tree called shockwave, based on threshold speed (-1). This worked up until the point that I realized I would not be able to add anymore attacks or states, and that I could not tell when the animation had finished in order to unlock the controls. 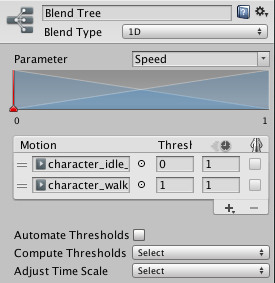 I have tried to use waitforseconds(x), and just wait for the attack animation to finish, and then after that amount of seconds I would set the canMove bool to true. For whatever reason, I cannot get this to work.

I have also tried to directly find if the animation is done playing through a few different ways, but I learned that the blend tree does not allow this.

The only solution I have thought might work is actually manually playing all animations through code alone. (Would require re writing the entire program).

If any further code is needed, I can supply it.

Have you tried hooking into the Unity OnStateExit?

This will allow your state machine to execute code every time you exit a state.

Not the answer you're looking for? Browse other questions tagged c# 2d unity .

15
When to use a blend tree vs state machine for animation
2
Unity: How to transition to a different animation during the blend phase?
0
Need Help With My Script And Animator. I am encountering a few bugs with it
1
Need some help with Unity 2d animation controller
2
How to get an axe chopping animation to stop on collision with tree and smoothly go back to idle state?
2
Unity character vibrates during idle animation
2
8-way 2D top down movement (diagonal) idle animation issues
1
Maintaining facing direction at the end of a movement