Prevent character's animation from causing its mesh to interpenetrate itself

I'm making a game with a pretty large group of people that respond to things the user does. They all have the same animator attached, but the animations that play differ using a script with a randomizer.

Now all Mixamo stuff is free I'm making some new and different models to put in my game, these models differ in size and shape, just like humans do. My previous setup was pretty much two models with the textures changed, so the animations were acting the same on all models.

This is now no longer the case with the new models. Hands of the models are moving through their leg mesh (see attached image). I fear I'd have to make separate animations for each model but I'd first like to know if there's maybe another way. I tried adding colliders to the leg and hand of each model, but the animation totally ignores those.

Does anyone know of a way to make sure body parts of my models don't go trough eachother? Or do I have to face the facts and make seperate animations for each model? 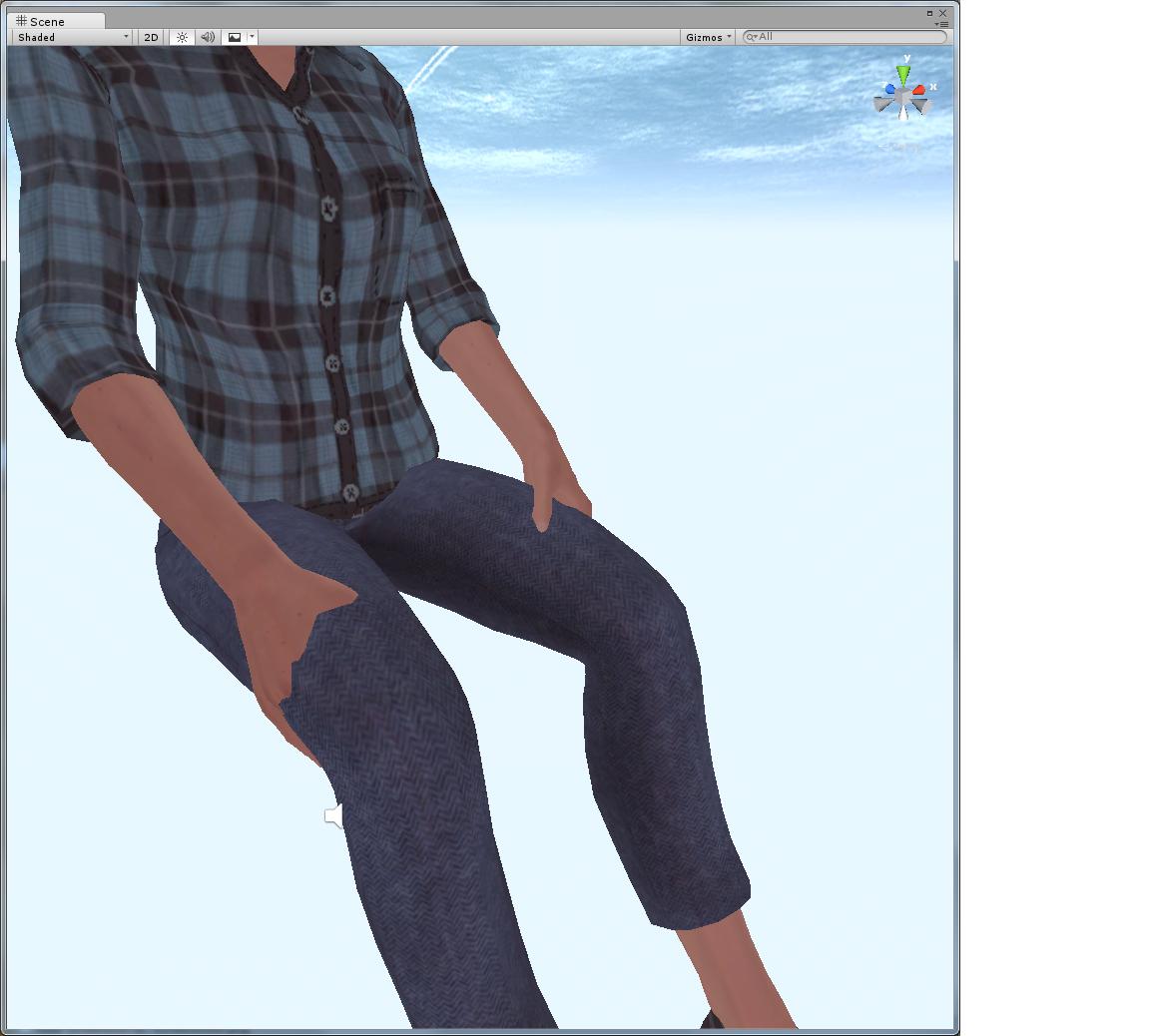 Small clipping errors are almost impossible to avoid when developing games, as self collision with large amounts of animated characters are very costly to calculate.

If you need (almost) perfect animations for cutscenes, animate each character on its own. But when you are animating for realtime, you should not worry about minor errors, as these are barely visible most of the time, especially when you have a lot of characters on screen at once.

Even the best, most professional games contain this kind of clipping errors, for example weapons moving through the character's backpack when ducking. The best thing you can do is probably trying to make all characters similar in size.

Not the answer you're looking for? Browse other questions tagged animation unity skeletal-animation .

2
Tips on combining the right Art Assets with a 2D Skeleton and making it flexible
2
How to port animation from one skeleton to another?
2
How to import animations from one model to others
0
Workflow for non human ragdolls
2
Performance of separate Animators vs single multilayer Animator
1
How to add a animation to myPlayer
0
Mixamo Rig Hierarchy Reference (In Text List/Tree format)? (modelling in Maya for use in Unity and Mixamo)