I created a fire particle effect with the Particles/Additive (Soft) shader in Unity 5.2.2, and it looks fine against a dark background, like the editor background: 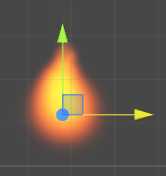 However, when I move it in front of a lighter background, it looks like this:

I think the additive property is blending with the background, is there a workaround to make the effect look like how it looks on a dark background, without using a different shader?

I've looked at this question: How can I achieve a good fire effect with alpha blending and particles? but I'm not sure how I would execute that in Unity.

There are 2 hacks I can think of with which you can acheive this.

The mask-particle-system should preferably use the full-black version of the particle texture.

You'll have to adjust the sorting layer order of the particle objects. This can done attaching the following script to all the particle systems. Set the layerOrder of mask system as 1 and that of real one as 2.

This is what I acheived this way. 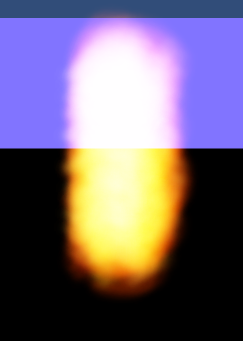 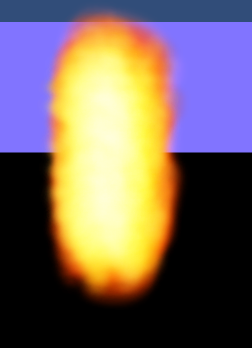 Both of these methods will have their impact on performance. You'll have to choose the one which best suits your needs

Not the answer you're looking for? Browse other questions tagged unity particles .

42
How can I achieve a good fire effect with alpha blending and particles?