How to fix texture edge artefacts?

This issue has been annoying me for a long time now and even after reading a lot of articles about it, I am still unable to fix the issue.

First, to my setup. I'm using LWJGL for a 2D project, rendering in immediate mode (yes, I know, FBOs, but I feel like it's too late to change it now). Textures can be scaled, rotated tinted and cropped in any way and are read from packed spritesheets that are multiples of 2 (the one in question is 512x1024 for example).

Because there is no smoothing applied to the textures, scaled and rotated textures look quite ugly, showing jagged lines and black outlines. I tried improving it with using glEnable(GL_POLYGON_SMOOTH) (even though I know now that this is apparantly a bad practice, but I have no idea how to add multisampling to immediate mode rendering, other sites even state that multisampling is probably overkill for 2D games, which leaves me even more confused). This is what it looks like, with and without POLYGON_SMOOTH:

Quite clearly, there are multiple issues visible:

The dark edges seem to be caused by something like like pre-multiplied alpha (according to this), but when I check the raw pixel data, it doesn't look pre-multiplied to me. A completely white texture with 0.5f alpha for example is represented as (in ARGB) 0x80FFFFFF. So applying the "fix" (using glBlendFunc(GL_ONE, GL_ONE_MINUS_SRC_ALPHA) instead of the default glBlendFunc(GL_SRC, GL_ONE_MINUS_SRC_ALPHA)suggested in the article doesn't really work, because my textures aren't premultiplied alpha, so alpha components don't work anymore (same texture, black background): 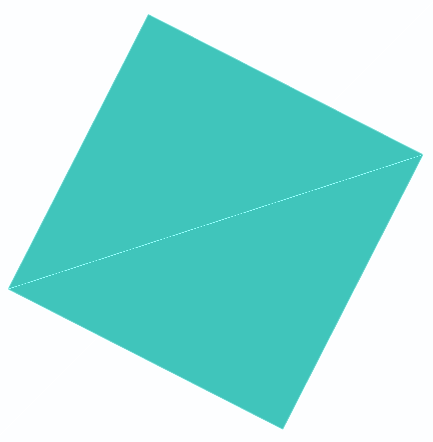 I do use custom shaders, so I guess I probably could make alpha work in some way by passing it to the shader and then multiplying the color by it, would that fix the dark edges (which would enable me to use GL_ONE, the "better" blend function)? That would still leave me with the issue of the diagonal lines though, which I seem to be able to move around, but not remove.

To get rid of the jagged lines add 1 line of transparent pixels around the rectangle texture.

The issue with the dark lines is that you are most likely using black transparent pixels (color #000000). The issue is most likely to be gone if you use colored transparency instead. - Repeating the border pixels of your sprite - but simply with alpha=0

Not the answer you're looking for? Browse other questions tagged opengl textures lwjgl .

8
Mip Maps on 2D Sprite causing black line above. Why is this?
5
How to fix odd artifacts at the edges of textures in DirectX 11?

0
LWJGL texture bleeding fix won't work
3
Black or White Border/Shadow around PNGs in SDL/OPENGL
0
OpenGL - How can I make the edges of this textured circle smoother?
0
Jagged text + additive blend in openGL
0
Blending issue with framebuffer
9
"Normal" Blend Mode with OpenGL Trouble
1
How do I fix my material texture rendering issue in Unity?