Transform.LookAt rotates the sprite and collision not triggering

I've applied the below script to a gun object to instantiate bullets to the direction of the mouse position.

The bullet collision is not getting triggered since the bullet has been rotated.

How to solve this.

LookAt is a 3D operation. If you change your view to 3D, you'll see that the face of the sprite has been rotated in 3D space to face the target: 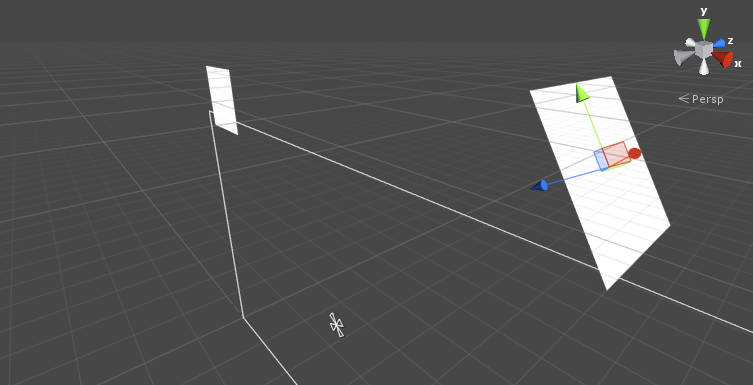 Since LookAt is defined as changing the forward vector (i.e. the blue arrow in the image) to point at the desired target, this isn't something you're going to be able to use for 2D operations.

Instead, just use the same code you're using to point your gun object in the same direction. bullet.rotation = Quaternion.Euler(new Vector3(0, 0, angle));

(If your gun-pointing code isn't working, then that's an entirely different situation altogether.)

Not the answer you're looking for? Browse other questions tagged c# 2d unity or ask your own question.