Why does a UI button that is child to a canvas not appear in game view?

I am trying to place a button onto a canvas background using C# script. I want the button specific to the canvas (i.e., if I move the camera to look at another canvas, I do not want the button visible).

My C# script is below. I have attached it to an empty game object. When I run the game, the Heirarchy panel of Unity shows that the canvas and button are created OK, and that
the button is a child of the canvas. The canvas appears in game view at the right size (200 x 200).

But in game view, there is no button!

The button is definitely present ; clicking on its name the Heirarchy panel shows me a location and size in the scene view that are exactly as specified in my C# script. But nothing happens when I click the region in game view where the button is supposedly present.

Unity's Inspector panel shows that a "Button (Script)" has been attached to my button object, with Rect Transform parameters as specified in my C# code. I tried messing with the colors, but still no button. The "On Click()" window contains nothing except the message "List is Empty".

How do I make the button appear in game view?

How do I make the button work (i.e., generate the Console message "button pressed")?

As you have already fixed the positioning problem, I'll only address the second question about the button, which appears to not function at all.

First of all, I really recommend to set this up via the inspector, it's a pain to set it up manually in a script, but here we go:

In CreateButton(...), you add another Canvas component to your game object. Delete the following line as you already have a canvas.

Your script does not create an EventSystem and also no InputModule (such as the ones shipped with Unity, StandaloneInputModule and TouchInputModule. Adding a Behaviour that inherits from BaseInputModule will automatically add an EventSystem component, if it doesn't exist yet. Add the following, it's probably the best if you do so before you start to build up the canvas.

Last but not least, you also need a GraphicRaycaster component. Add this line when you added your canvas component.

Now you're be ready to go - so far. But i still really, really recommend to set this up via the inspector.

A small but useful tip: AddComponent<...> also returns the component. Use the returned reference to avoid unnecessary GetComponent<...> calls. Instead of

you can simply write

You avoid searching for the component then as the method does not need to look it up.

The Canvas co-ordinate system is a bit different. The origin is at the centre of the canvas. And the size of the canvas gets divided evenly with respect to the origin.

So in your case the canvas width is 200 , so the left extreme co-ordinate becomes 100. Your button position is 150 which exceeds 100 hence it doesn't lie inside the canvas. 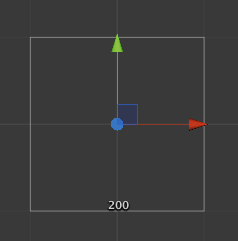 OK, here is the exact code I am using, including stuff that might not be relevant to the problem. I tested it first and then just pasted it all straight in. For me, it creates a canvas with text, and a button right in the middle. But the button does not function.

The "images/parchment 2" is a jpeg image in a "images" subfolder of the "Resources" folder.

Not the answer you're looking for? Browse other questions tagged unity c# gui ui-design or ask your own question.

2
Libgdx actor bounds are wrong
0
Adding a function call to a prefabbed button in Unity
0
Application.OpenURL not working
1
Inaccurate UI button unity
3
How to completely stop the camera from clipping into the ground
0
How I start a over a new game using a ui button logic code?