Can't set up a PS3 controller in Unity

So I connected a ps3 controller to my computer via USB cable, when I press play I am able to move by using arrows on the left of the ps3 controller and also I am able to shoot and aim by triangle and circle but when I try setting up the 2nd Horizontal axis in the Input Manager by changing the "X axis" to 5th axis (so I could use sticks to move) and changing type to joystick axis I am not able to move. Also I tried creating a second "Mouse X" and also setting it to joystick axis and changing the "X axis" to "4th axis (joysticks)" nothing happens again, I tried pressing everything but it doesn't work. Anyone knows how I can make it work? 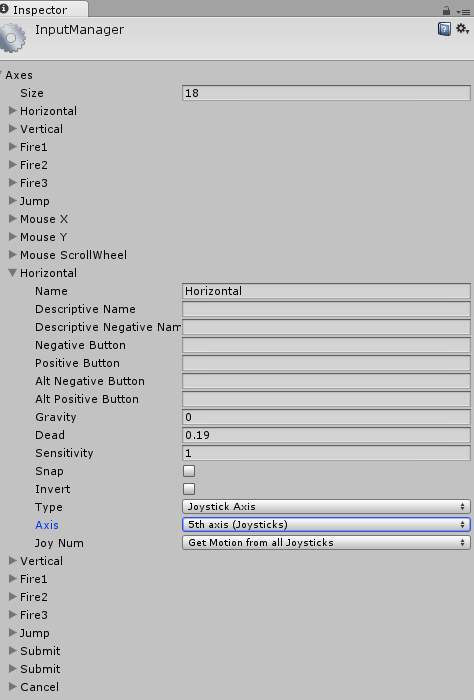 The PS3 controller is not directly compatible with PC. You will need a driver and a program to translate the controls to the format used on a PC.

If you search the net, most articles will refer to an app called MotionInJoy but I've read many reports online that it is adware (maybe worse) and it's advised to avoid it. I've not used it but better safe than sorry.

PS: Some folks in that thread also mention BetterDS3 as another option instead of pcsx2. I've not tried it but if you are having trouble getting pcsx2 to work, you might want to try that one. It may be a little simpler to get it working, though pcsx2 wasn't very complicated and is more flexible/useful.

I had your same problem. In my case It got fixed by closing unity and reconnecting the PS3 controller before starting Unity again. Maybe it helps

Not the answer you're looking for? Browse other questions tagged unity c# controllers playstation3 axis or ask your own question.