How can I implement lights & shadows in a multi-layer 2d tilemap?

I am in the process of writing an isometric game from scratch, and I'd like to know how/if I can add lights and shadows.

The code I have so far can be found here, but it should be enough to know that right now, the maps are simple 3d arrays of true/false values. Here is a shot of the environment: 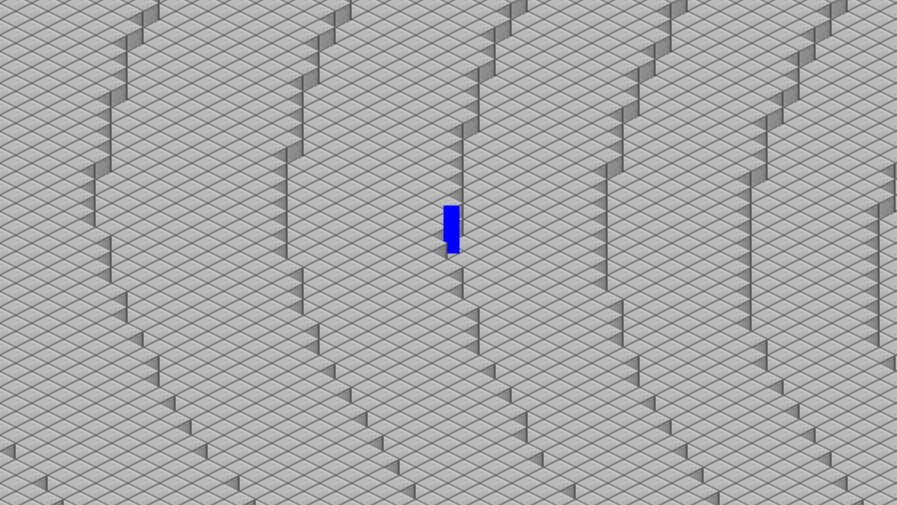 If it were a single layer tilemap it would be straight forward. I can understand the simple raycasting in 2d that is required.

However, given that my maps have multiple levels of height as well as cave-like areas, I don't really know how to go about doing convincing shadows for it. Perhaps a per-block solution is the only realistic way?

Can I recommend getting 2d shadows working first, even if it's just for the level that your avatar is currently on. It will be easier to start looking at the code that way and get it working.

I have implemented shadows in 2d tile maps in a couple of ways. One shadowcasting method which I found described by Eric Lippert at Microsoft works quite well.

And the other way, which I did myself first time i looked at this kind of thing was to orthogonally sweep the visible tiles and tile-edges and generate edges (and maybe corners iirc) describing the scene in the lowest number of edges. You can then cull hidden edges and form any custom shadowing features such as recessed shadows if you want to show a little bit of wall. Then create your shadow geometry (projective shadow casting ?) and render it over the top.

But if I try to take that idea to 3d, it just becomes easier to do it in 3d. While the method described by Eric Lippert could presumably be converted to 3d. But I think you'll find that doing it in 3d is expensive. Perhaps take a look at the source code for Brogue as well. It may have a more efficient implementation for 2d visibility/shadow casting.