I need some help. In my Unity5 game I'm using two cameras, First camera renders the actual terrain and game objects (wich has a far plane of a 1000 units) and the Second camera renders a 3d skybox of sorts, a miniature of the actual terrain (it's far plane is 3200 units, but it covers the entirety of the miniature). With this setup I'm able to fake the illusion of having a very far horizon, as in the image below:

However, the far plane's edge is very harsh, and doesn't blend well with the 2nd camera's background. Is there anyway to blur this edge, so it trasition seamlessly with the backdrop, as in the image below (a mockup I made in photoshop)? 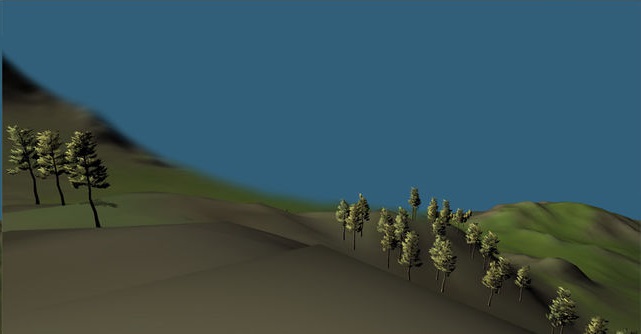 *The blue line on the left image is just to outline the boundaries of the two cameras, it's not like this in the actual game nor is this the problem I'm talking about.

Here is how I would do it :

For example the fragment shader would do something like this :

What I present here is a naive and non optimized solution, but you should start anyway with a simple solution as a "proof of work" before thinking about optimizing.