I've been working on an simple RPG game and I'm having troubles figuring out how my graphics should look.

I'm wondering if any of you could give some advice on how they are/could be more pleasing to the eye.

Here is a couple of screen shots of the game itself: 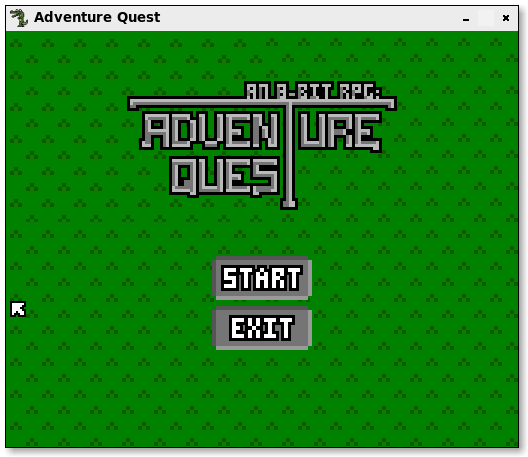 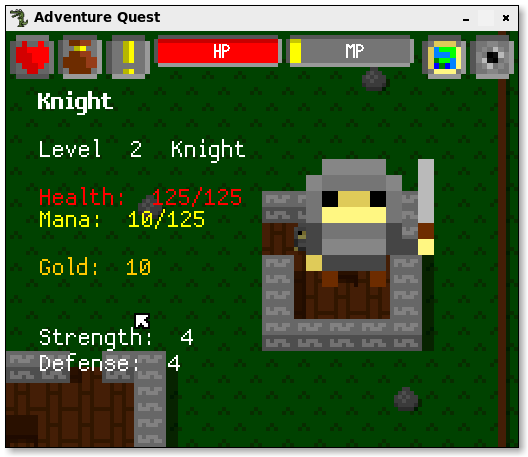 Sorry, I'm unable to post more pictures, because of my repution :(

Edit: After some working on the look of the game here is where I got to... 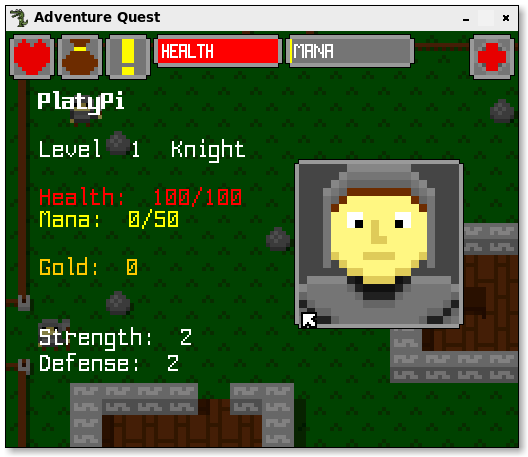 I'm not sure if this question is appropriate for this site, but I'll give you my take.

First, kudos on making your game! I am all for doing stuff yourself if you can't find anybody else to do it.

You are certainly going for the pixel art retro look, and that is pretty cool. Make your game in the way you like it the most, and take people's advice just as advice. Stuff people tell you (even me) are not orders, and feel free to disregard everything you hear, or even do things completely differently.

That said, I have some suggestions to make your game look a bit better. I'll be based mostly on your last screenshot.

This is just a bunch of very basic ideas that I think could help you make a better looking game. If possible, partner with somebody who has a bit more of an artistic background, and discuss your ideas with them.

Also, look at other games of the same era that you're trying to emulate, and learn about the platform they're on. Try to emulate what they're doing, and you'll have an awesome game!

Once again, congratulations on making your game, and good luck!

Not the answer you're looking for? Browse other questions tagged c++ game-design graphics rpg or ask your own question.