2D - Smooth lighting with shadows for a tile-based game

for the last week or so I have been completely stuck on trying to implement efficient lighting. I've been researching and experimenting and I've looked everywhere that I have been capable of finding, and I just cannot figure it out. So, now I'm posting here, with the hope that someone can maybe help me. I'm trying to make a 2D tile-based game, similar to Terraria, and I'm trying to avoid Terraria's style of tile-based lighting and go for something smoother, like Starbound (here), except with more visual shadows. I have successfully implemented something to what I would like to see, but, sadly, it's incredibly inefficient. This is what I've tried so far:

and now I'm here, quite unsure of what to do next, are either of these two approaches that I've done before usable? Is there an even better route to take?

Thank you for taking the time to read my problem and hopefully help me out :)

P.S. I've heard of Box2D, and I really don't want to use it, mainly because this is a learning experience for me and I don't learn too much by using someone else's code.

Edit2: This is a picture of what I want, and what I have, that is very inefficient : 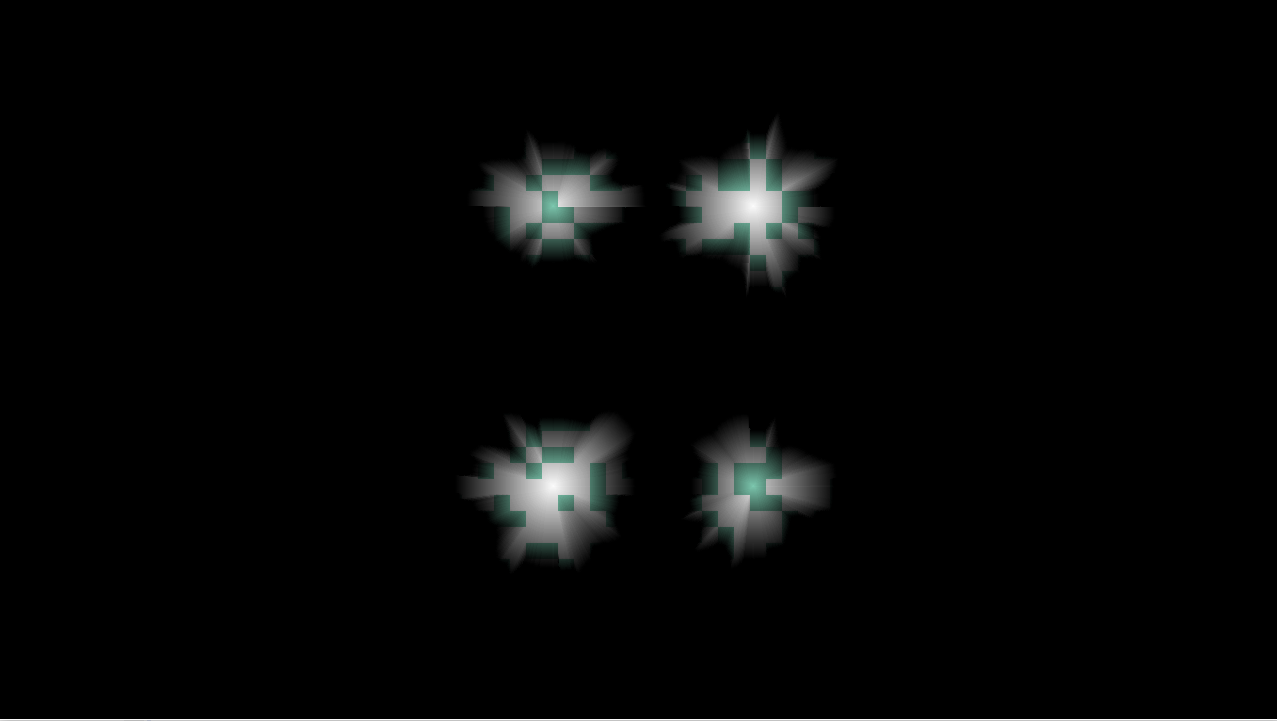 Edit3: It works! For the most part, thank you for the help Felsir, but, of course, there are still problems, I've gotten the actual lighting to work, and it's actually MORE than efficient since I don't have to draw the tiles that are not lit up by light, but the problem is, well, darkening the rest of the screen, especially since there will be multiple lights. My first thought would be to not draw the tiles within the radius of the light, but since it creates triangles and not perfect squares like it's supposed to, this happens: 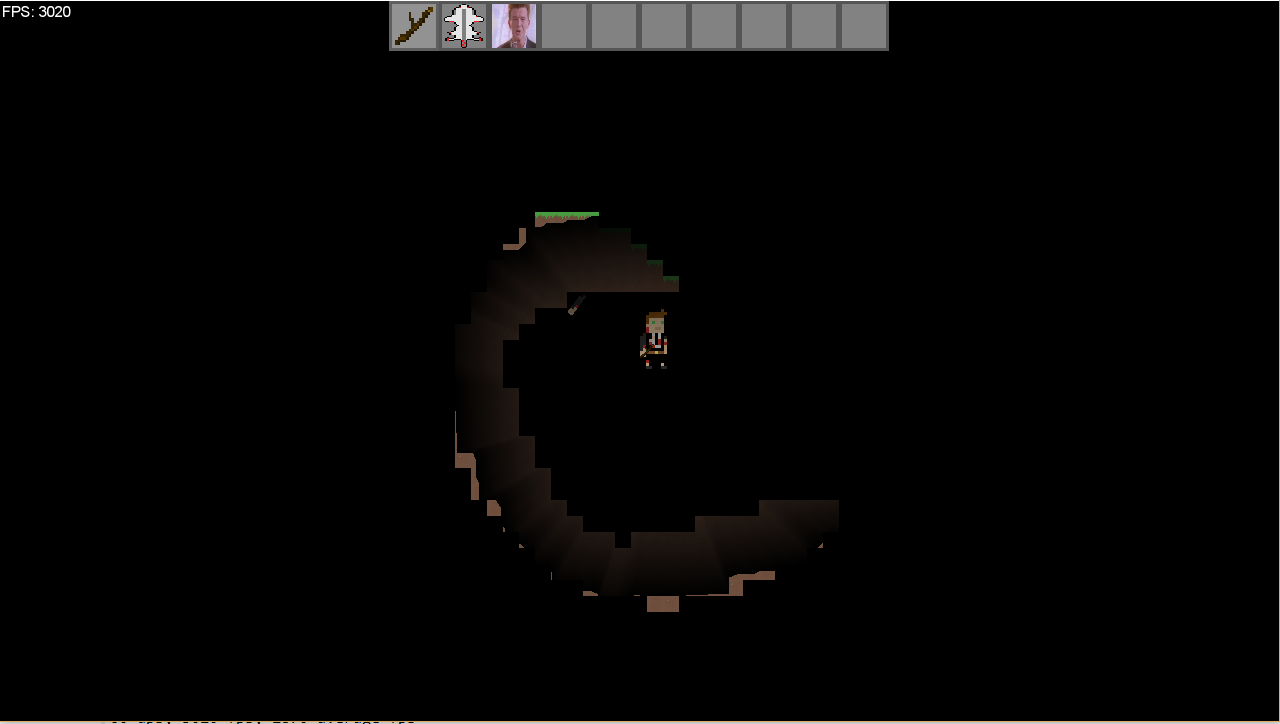 As you can see, it doesn't blacken out the tiles near the edges, and creates some other problems. My other idea was to make a shader that goes through the whole screen and uses a sampler so that if the alpha value is 0, set it black, but, obviously, this doesn't work since the screen doesn't have alpha values other than 1. My last idea would be to make a mesh that's inverted from the light, but that becomes absurdly complicated with multiple lights and probably inefficient, is there any way I can black out the non-lit screen?

Edit4: So, it's still not working, I've gotten the light to work, now I need the absence of light to work, and it's not. My new idea is if I can render all the tiles, then render a black mesh over the screen with an alpha value of one, I'm wondering if it's possible, using blendFuncs and blendEquations, to subtract the alpha of the black mesh from the mesh of the light. So the darkness is rendered, then the light afterwards, and I don't know if there's a way just to remove some of the alpha from some of the pixels that are overlapping using blend funcs. I really really need to get this or something to work, I want to complete my lighting. I decided to go through every single combination of blends functions, srcs, and dsts, since I know so little about how they work, and nothing worked, I'm probably doing something wrong, please help.

This is a post by @OrangePixel for one way to make efficient lightning with Libgdx.

It describes a simple technique. You can put alpha blended Dot above the map and make it seem like a lightning effect. The article is interesting and all the thanks go to the author!

Instead of casting rays in 360 degree fashion, cast rays to the corners of the tiles in range of the lightsource.

Sort the angles from the light source to the tile corners and do a 'sweep'. You can optimize the algorithm to look for the nearest tiles first and ignore angles for culled tiles:

If the lights are in fixed positions or rarely move, calculate the polygon only when the light is placed or moved. Store the polygon shape and use that to draw the light effect.

See: http://ncase.me/sight-and-light/ for an example of the light ray algorithm.

Have you consider using chunk of pixel in your second point to get better performance?

If you search for a different aproach you can investigate Cellular automaton , starting from lights chunk for each neighbour lite them according to distance and material repeat for its neighbours ...

Not the answer you're looking for? Browse other questions tagged java libgdx lighting .

17
How can I acheive a smooth 2D lighting effect?
4
Calculate visible points in grid in 2D game

1
How can I achieve this lighting with OpenGL?
17
How can I acheive a smooth 2D lighting effect?
0
2D TileMap smooth lighting
8
How can I implement smooth tile-based lighting?
1
Smooth Lighting Falloff
3
Achieving 2D Lighting for Terraria-Like Game