How to create custom 3D "areas" at runtime

I've been puzzled for a few days trying to solve this problem, so far with no results.

On a map, currently a Terrain, I'd need to have some "areas" which can be controlled by a specific players. The shape of those areas can arbitrarily change during the course of the game, such as you add a marker in any point, and the area evolves (like a spline, say) to pass through that point too.

The problem isn't drawing the boundary itself, of course, but having the GameObjects detecting the area they are in.

Currently I have absolutely zero idea on how to make this exactly.

I've thought about a nice approximation, which is splitting the terrain in fixed chunks, and having the player control them "chunk by chunk": every chunk can have its own collider, and that should be easy if not trivial. So the question is how to do it "properly", since I already have this workaround.

I suggest this approach.

Use voronoi 2d subdivision for your space (in the example the central points distr is (pseudo)random, but you can insert your logic) 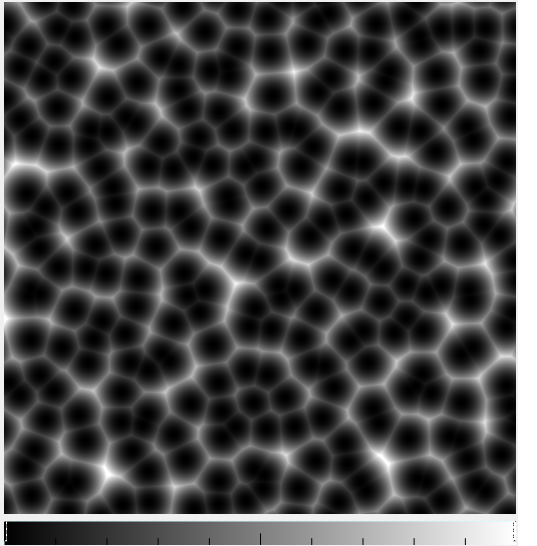 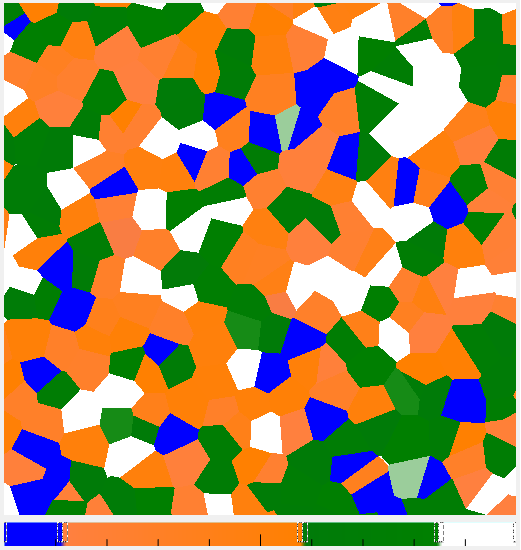 You can play with the number of point and/or distribution to get more defined shapes. For the voronoi diagram property, when you click on the map , the origin point nearest to your click position identifies the voronoi cell you are in.

Create a polygon from the points, do a "is-point-in-polygon" check. So whenever the players add a point that would expand the "area" regenerate the polygon. On the update do a simple position check against that polygon to determine if an object or player is inside the area or not.

I solved this problem using an hybrid approach, inspired by:

I have Chunks, which may have an owner or be contested. 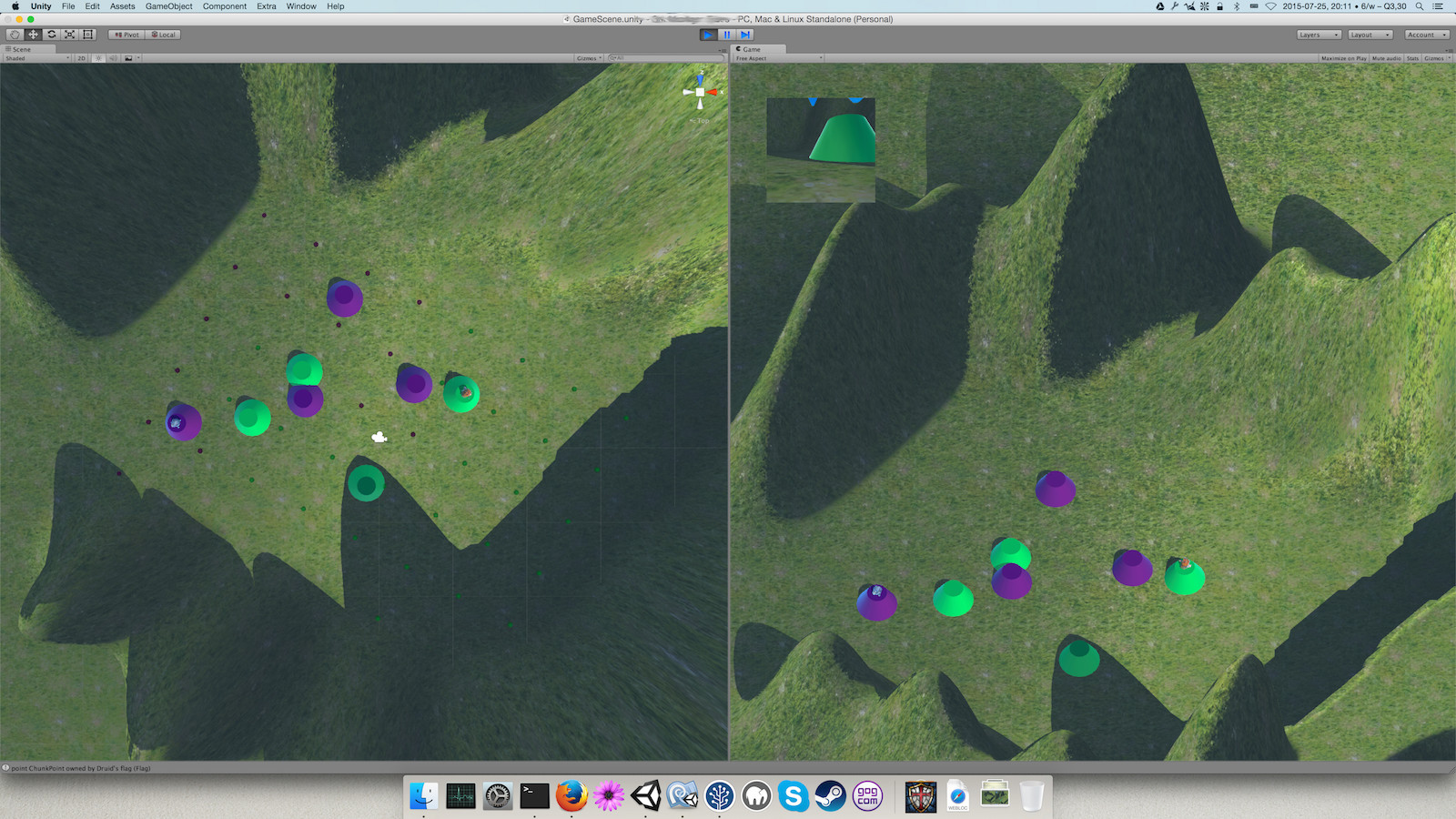 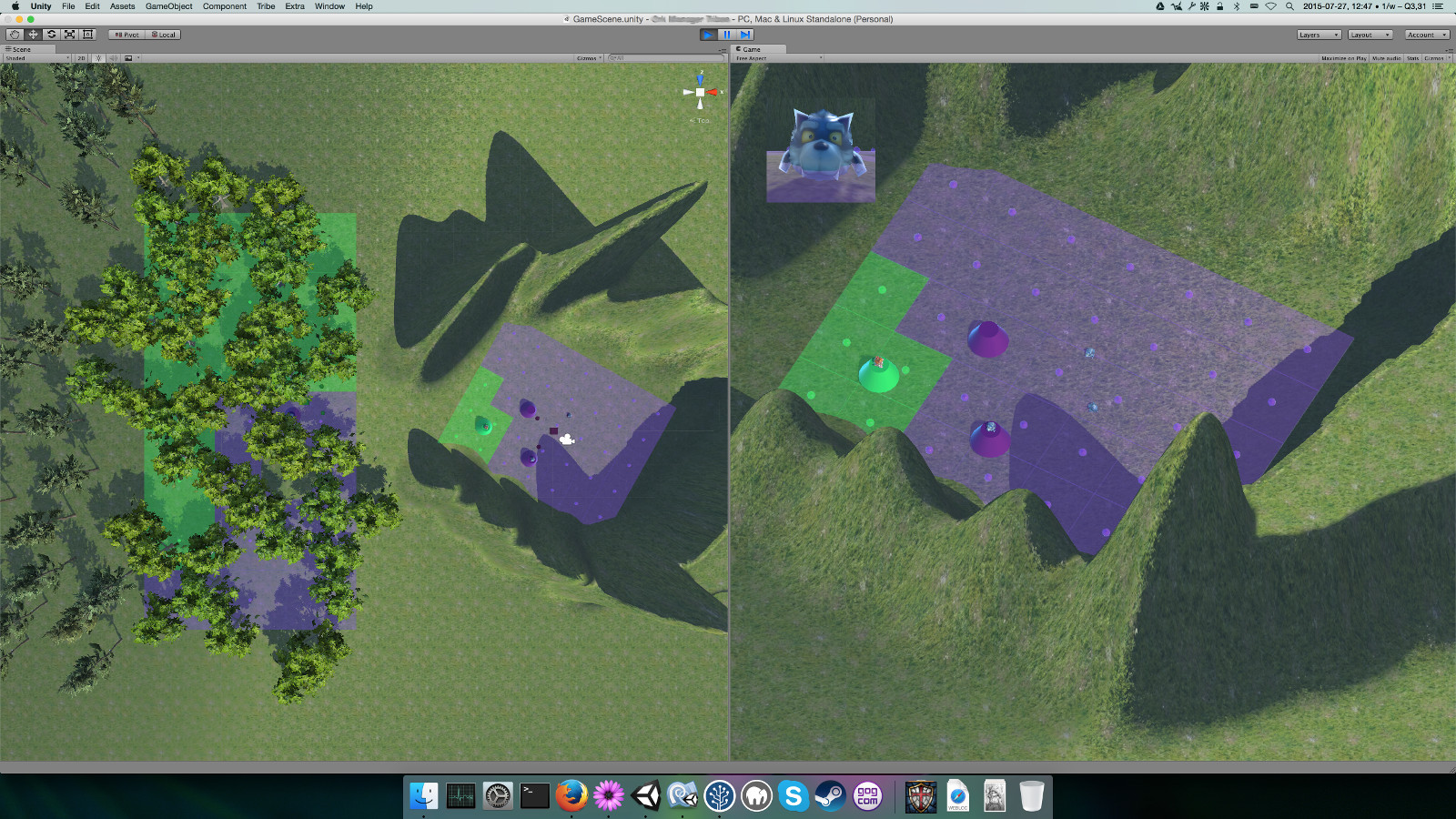 Using a polygon approach turned out to be too complex because I had to detect the order of the points, and they could with time take very complex shapes, which wasn't obvious how to handle.

I considered using voronoi's before realising that a ChunkPoint map was much easier and equally good for what I needed to do (but trying to use them was the source of inspiration that got me there).

In the original workaround idea, Chunks weren't "contested", they were just fully-owned by a single player, and that's why I didn't like them.

0
Camera controller in a 2d platformer
3
Make a 2d top down game with round map
2
How to create a Spawn Area that can be visualized in the Unity Scene Editor?
0
Unity Nav Mesh instantiation Issue
4
Create borders and clickable areas from image
0
Architecture for defining large numbers of meshes at runtime
1
Recommended data structure for storage and fast access of infinite chunk-based heightmap terrain
0
How to find intersections using MapBox Unity SDK
1
Unity: Factory design pattern issues when respawning