I have tried a while now to create a genie effect on a scrolling plane to emulate the background/floor from the Mad Hatter fight in Adventures of Batman and Robin (SEGA).
Judging the way the 16 bit era loved using scan-lines to create most of these (in this case amazing) effects I wanted to try and achieve this effect in GLSL. What I have tried to do so far was to adapt this tutorial code here and convert it to work in the fragment shader instead of the vertex shader, mostly because I haven't dabbled much with model loading (creating grids by hand isn't fun) but have created this monstrosity.

So far I am at step two where the float t gets introduced, instead of getting a leaning trapezoid like shape I only get this: 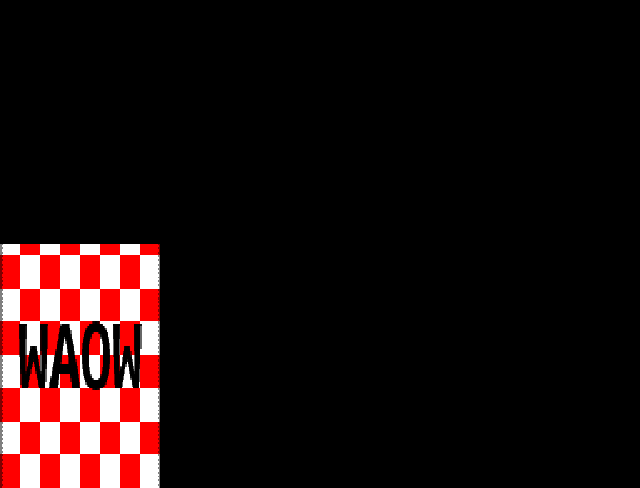 The square is just squished more on the x-axis instead of actually doing anything useful for me, this is my current fragment code for manipulating the image:

I'm suspecting there's something wrong with the ´t´ that gets added in the mix, but I am at a loss of what. Any idea of what might be wrong and/or how I could fix this?

You don't need the mix calls if start and end are always 0 and 1, respectively. If you want a trapezoid:

If you want that distorted "trapezoidish" image:

Not the answer you're looking for? Browse other questions tagged glsl or ask your own question.