What is a lobe, in reference to lighting and graphics

I sometimes see references to lobes when talking about lighting, especially with specular lighting, but also with spherical harmonics which doesn't do specular.

Can anyone explain what exactly a lobe is?

It's a peak in a function defined in polar or spherical coordinates.

If we look at the function y = cos(x) in rectangular coordinates, it looks like a wave, with peaks at 0 and 2pi:

If we look at the function r = cos(theta) + 1 in polar coordinates, it looks like a bulge, or "lobe" that's greatest at 0:

(Images above via Wolfram MathWorld)

The same thing can happen in 3 dimensions: 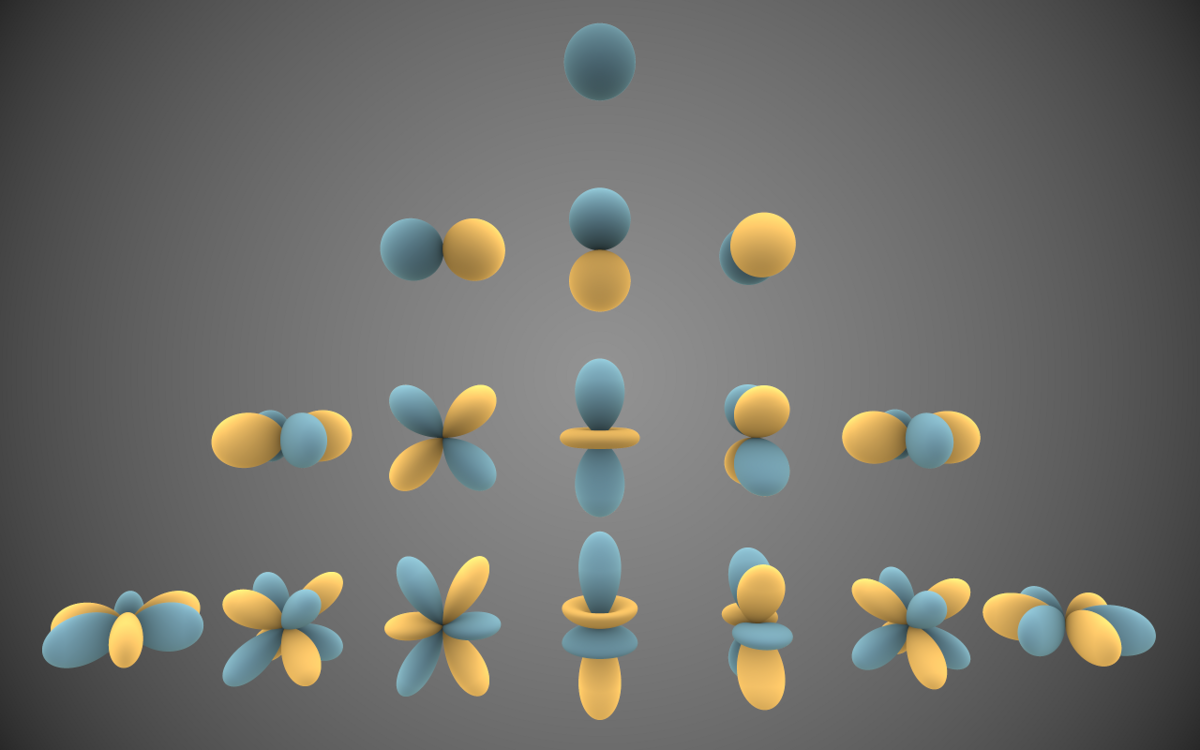 Just like the polar graph above, the value of the function is represented as distance from the center, here with blue lobes positive and yellow negative.

Each bulge of the function is commonly called a lobe - that's some region of the angular domain in which the function takes similar values.

For lighting, the lobes usually correspond to the directions reflecting light - taller lobes meaning more light. In spherical harmonics, some complicated function of direction (like a reflection cubemap) is approximated as a sum of these lobed functions - analogous to how DCT transforms are used to represent jpeg image data.

Not the answer you're looking for? Browse other questions tagged graphics lighting graphics-programming or ask your own question.