Mixing perspectives in an oblique-perspective game 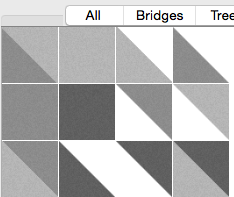 I can create pretty much any size or shape building I want: 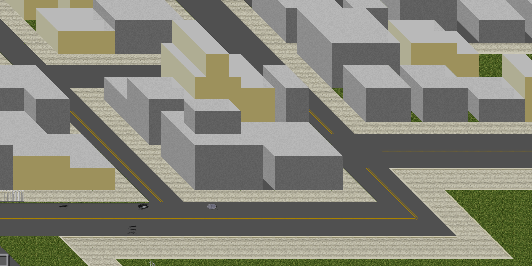 I found I can easily get another perspective if I simply flip the tiles horizontally: 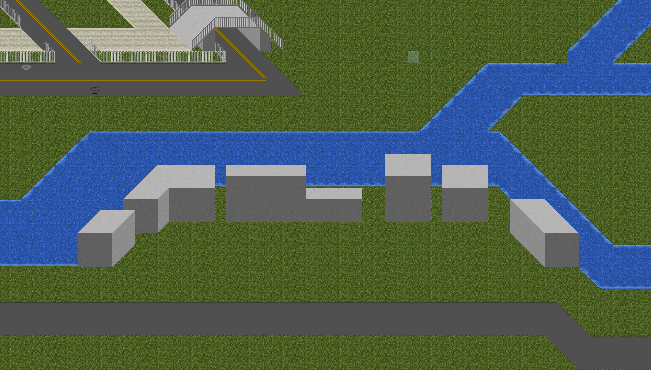 While doing this gains an oblique perspective from the other way, it does change the vanishing point to be in the center of the map, versus towards the top left.

Is this style of mixing perspectives common? Does it ruin the perspective or add to it? I thought that just maintaining the point of origin at the top left the whole time would be monotonous.

To be clear, I wouldn't keep the two styles together. It'd be either like the buildings on the river or the buildings in the northwest.

Edit: More of a full shot: 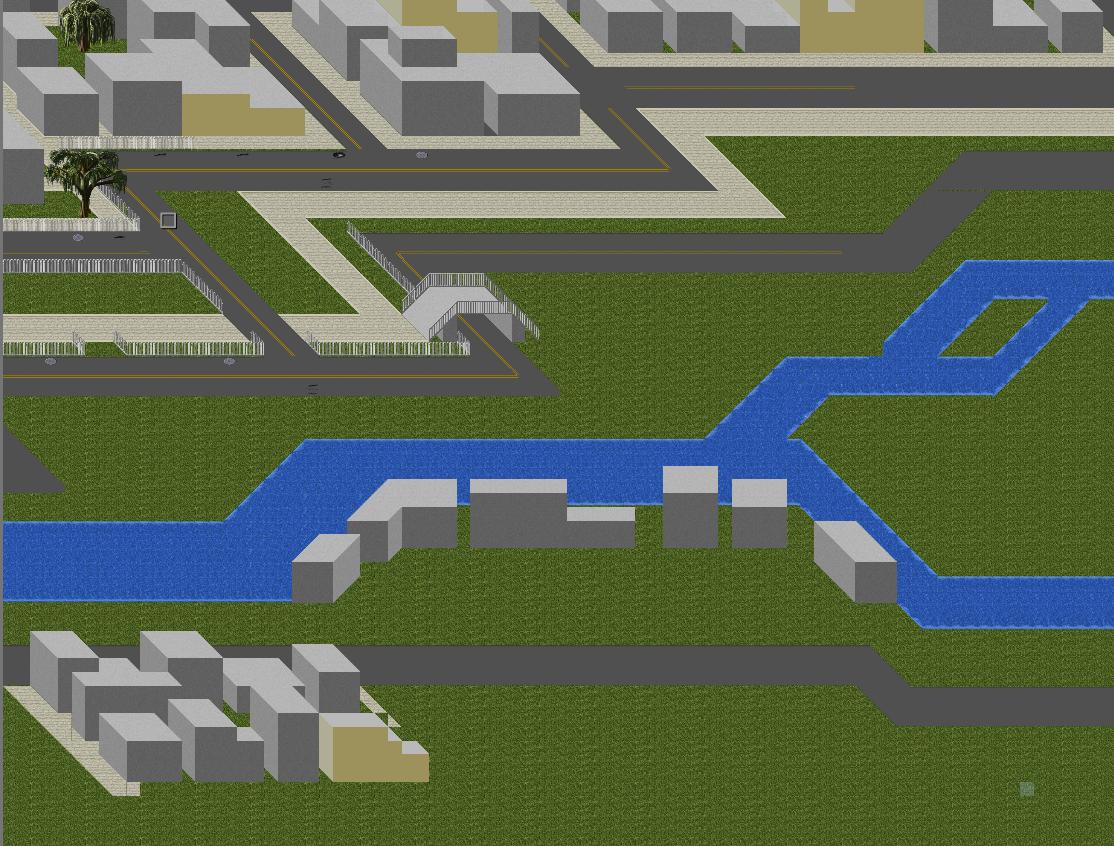 Mixing perspectives is very uncommon and, at least in your example, is bad because the perspective of the foreground (buildings in front of the river) do not match those in the background. There is one notable game that uses mixed perspectives: 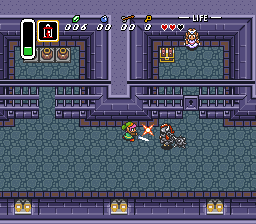 Zelda: A Link to the Past

If you look carefully, there is no single vanishing point. The corner walls in particular are simply reused. The perspective makes no sense in this game.

Also, noting that you tagged with adventure, the classic Sierra/LucasArts adventure games had these static perspective scenes, but again the camera was fixed. 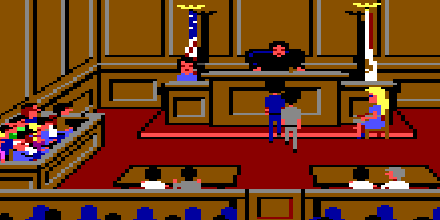 This is because when the projection clashes with the camera, it disrupts the visual coherence of the scene, making the scene and the subjects seem out of place. I won't say you definitely can't do it, it may even be a distinctive style, but according to common practice it would be awkward.

The problem here is not technical, but more one of how perspective and projection work in the real world. Isometric "perspective" is, strictly spoken, already wrong, but looks realistic enough if you assume a very flat angle from a distance, so people have seen something roughly like it in real life, and don't really notice it's wrong.

Your mixed-isometric tiles look fine right now because you only have the one building, and it is in the middle, but real perspective gets smaller toward the back, and if you have angled buildings in the back that are the same size, it'll look wrong anyway, and if you can side-scroll, it'll be even more wrong, because usually buildings on the right have only their left walls visible, and buildings on the left only their right walls.

Just try it. No technical reason not to do it, it just starts looking too unrealistic, or subtly weird, if you mix perspectives. Can be useful as a fun Inception-style effect though.

If your curious about why this is this way, you may want to get a book about perspective drawing from the local art supplies store.

Not the answer you're looking for? Browse other questions tagged tiles tilemap rpg adventure-games or ask your own question.

11
How can I implement a command system for a point-and-click style adventure game?
4
Rendering tiles on 3/4 perspective
0
class diagrams / design for an adventure game (rooms, objects, inventory)?
8
How can I author objects with perspective that fit into a tile-based map but span multiple tiles?
2
Create dynamic cities of perspective angle x with least amount of tiles
23
Conveying a claustrophobic atmosphere in cavalier oblique projection