I have a global light in my scene. It casts shadows using shadow mapping and has an associated camera (for rendering to the shadow map). I'm going to refer to it as my "shadow camera" from now on.

I need to find a way to place my shadow camera's near plane as close as possible to my scene's bounding box (clip it to the scene bounds).
I need to do this so the shadow casters are never clipped by the shadow camera's near plane (otherwise I'd get holes inside of shadows) and to make sure I don't accidentally cull any shadow casters behind the camera. This would also allow me to increase the shadow mapping precision, because it lets me move the near and far planes closer together.

Example 1 (possible to do using a simple plane check): 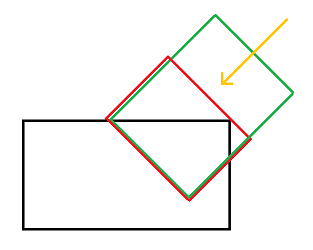 Example 2 (NOT possible to do using a simple plane check): 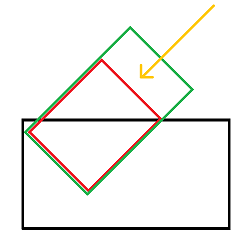 At the moment I'm constructing the red box by projecting the black box onto the global light's direction vector and use the closest vertex's distance to compute the shadow camera's near plane. But this makes it impossible to get something as seen in the 2nd image. Instead the red box starts above the scene's AABB.
I have thought of using SAT for this, but it doesn't seem to be the solution.

Here's the approach I ended up implementing: 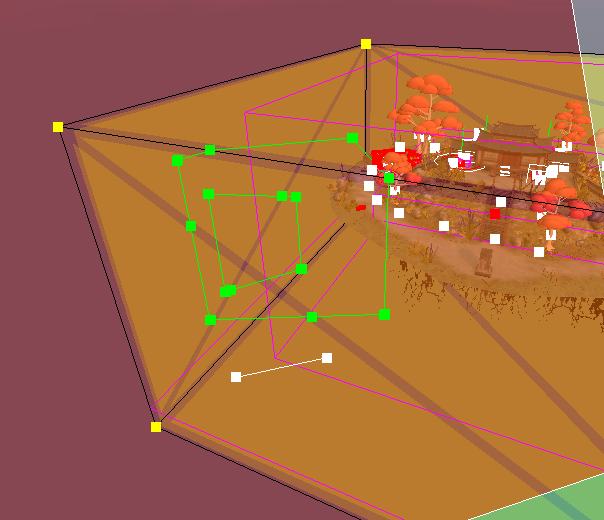 There might be some possible optimizations and simplifications and I'd gladly hear about them.

Not the answer you're looking for? Browse other questions tagged collision-detection shadow-mapping frustum frustum-culling or ask your own question.

4
Shadow mapping: what is the light looking at?
4
Shadow artifacts caused by filtering
2
Cascaded Shadow Maps: clipping against scene bounds
8
How do I fit the camera frustum inside directional light space?
1
Directional light and finding relevant shadow casters
2
What can cause shadow slicing while moving camera?
1
Implementing Shadow Mapping in Python and OpenGL 2.1
0
Shadow Shimmering When Moving Objects
0
How can I fix the artifacts near the shadow edges in my variance shadow map?