Detect collision that happen between frames, between slices of moving, rotating circles?

To detect a collision between two circles, we check if the distance between their centers is smaller than the sum of their radii.

To detect a collision between a slice (in this case half) of a circle and a circle: 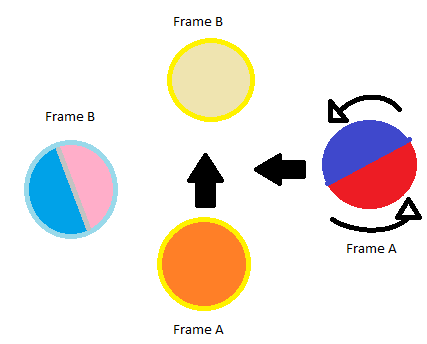 Is there any reasonable way to compute this on moving objects? i.e, so collisions will not be missed because of the discrete nature of frames?

Swept object collision detection can be challenging but there are some common solutions.

One way is when testing two objects, using the concept of relativity you can set up the math such that one object gains the motion of the other, so that its moving object vs a static object test.

Another way is if you use something like MPR or GJK to do collision detection, you can literally do swept test shapes as if they were just regular objects. (Finding collision time isn't very straightforward though).

Lastly, the simple solution that I've seen used a lot in these situations... Just do multiple tests along the objects paths. Basically just take the large movement and break it into a series of smaller movements, such that you can be sure there won't be missed collisions, and collision test at each step.

Doing something like testing if the line segments of their motion intersects as a "pre filter" is obviously a good idea too (: 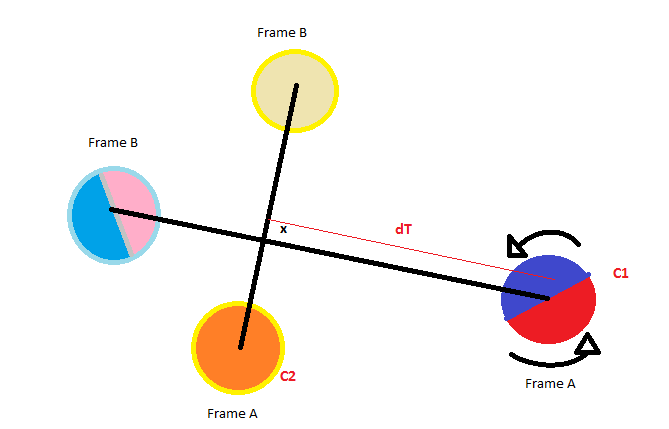 4
Need help with collision detection/resolution in a 2D simulation of 'worm-like' creatures
5
How can I detect collision between a circle and a rectangle?
5
Ball collisions 'sticking' together
9
Circle inside circle collision
6
Robust line of sight test on the inside of a polygon with tolerance
2
How can I perform 2D side-scroller collision checks in a tile-based map?
1
How can I implement bounding volume subdivision for my sprite images?