How do I have different colliders against different objects? Unity 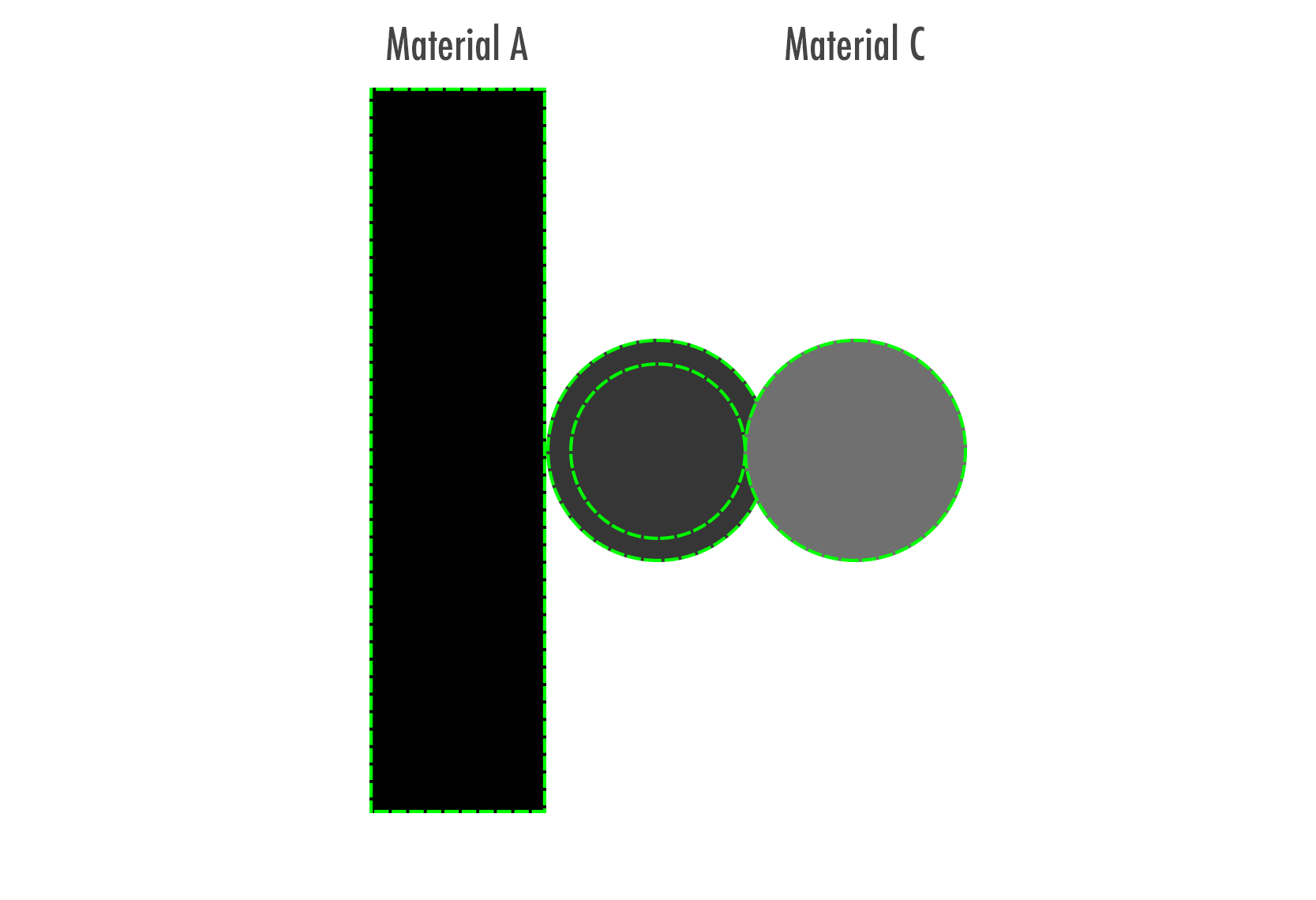 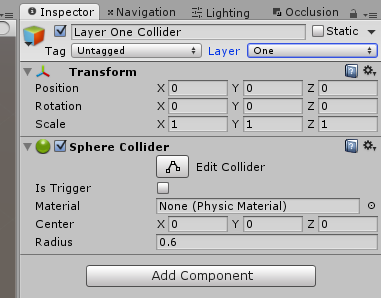 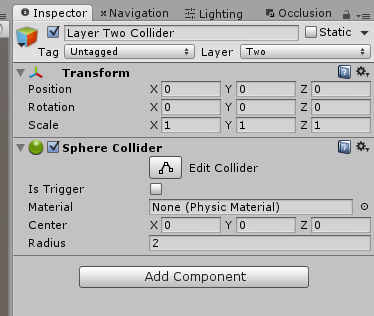 Now uncheck the interaction between "One" and "Two" in the physics manager: 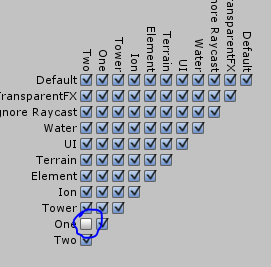 Now for material A set the layer you want to use with the colliders and the problem is solved.

Not the answer you're looking for? Browse other questions tagged collision-detection unityscript unity or ask your own question.

2
Different collision effects on different objects
0
Unity Collision Difficulties (How do I make a ground in unity with lots of pieces that doesn't have poor collision?)
1
Detecting on which side did the objects collided unity 2d
0
How to find the resulting angle of a ball hitting a wall in 2D
1
Unity Colliders - How do I detect nearby objects without my detection ranges detecting each other
0
How to do collision detection in Unity between Character Controller, Rigidbody Collider and a NavmeshAgent?