I'm working on a front-to-back renderer for a 2D engine using an orthographic projection. I want to use the depth buffer to avoid overdraw. I have a 16-bit depth buffer, a camera at Z=100 looking at Z=0, zNear is 1, and zFar is 1000. Each sprite rendered sets its Z co-ordinates to increasingly distant values, allowing depth test to skip rendering anything which is underneath.

In other words I want to turn an incrementing index (0, 1, 2, 3...) of the sprite being drawn in to the appropriate Z position for each sprite to have a unique depth buffer value. I'm not sure of the maths behind this. What is the calculation to do this?

Note I'm working in WebGL (basically OpenGL ES 2), and I need to support a wide range of hardware, so while extensions like gl_FragDepth might make this easier, I can't use it for compatibility reasons.

Indeed, the values stored in the z-buffer are not linear to the actual z coordinates of your objects, but to their reciprocal, in order to give more resolution to what's near the eye than to what's closer to the back plane.

What you do is that you map your zNear to 0 and your zFar to 1. For zNear=1 and zFar=2, it should look like this 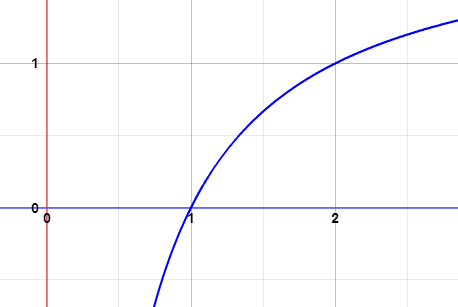 The way to calculate this is defined by:

...and z_buffer_value is an integer.

Above equation is brought to you courtesy of this awesome page, which explains z-buffers in a really good way.

So, in order to find the necessary z for a given z_buffer_value, we just clear the z:

Maybe you should change You'r approach to something simpler. What I would do; Keep your Z depth thing, but keep a list of what you render. Order that list based on the z Depth value, and render objects in the order of the list.

Hope this can help. People always tell me to keep things simple.

Since you already have a sorted list of things to render (front to back) do you really need to increment the Z index? Can't you use "less or equal" for the "checking function"? This way it would actually check if a specific pixel was already drawn or not.

Not the answer you're looking for? Browse other questions tagged opengl 2d rendering depth-buffer or ask your own question.

3
FBO Depth Buffer not working
1
What is the format of DXGI_FORMAT_D24_UNORM_S8_UINT?
2
OpenGL, objects disappear at a certain z distance
1
render with const depth value
5
Painter algorithm vs. 3D rendering with Z-buffer when drawing 2D Sprites
1
OpenGL approach to depth-testing-like combination of a large buffer of fragments
1
How to use an array of y values to render a 2D top-down Java game?
0
Unity higher Z position tiles rendered underneath